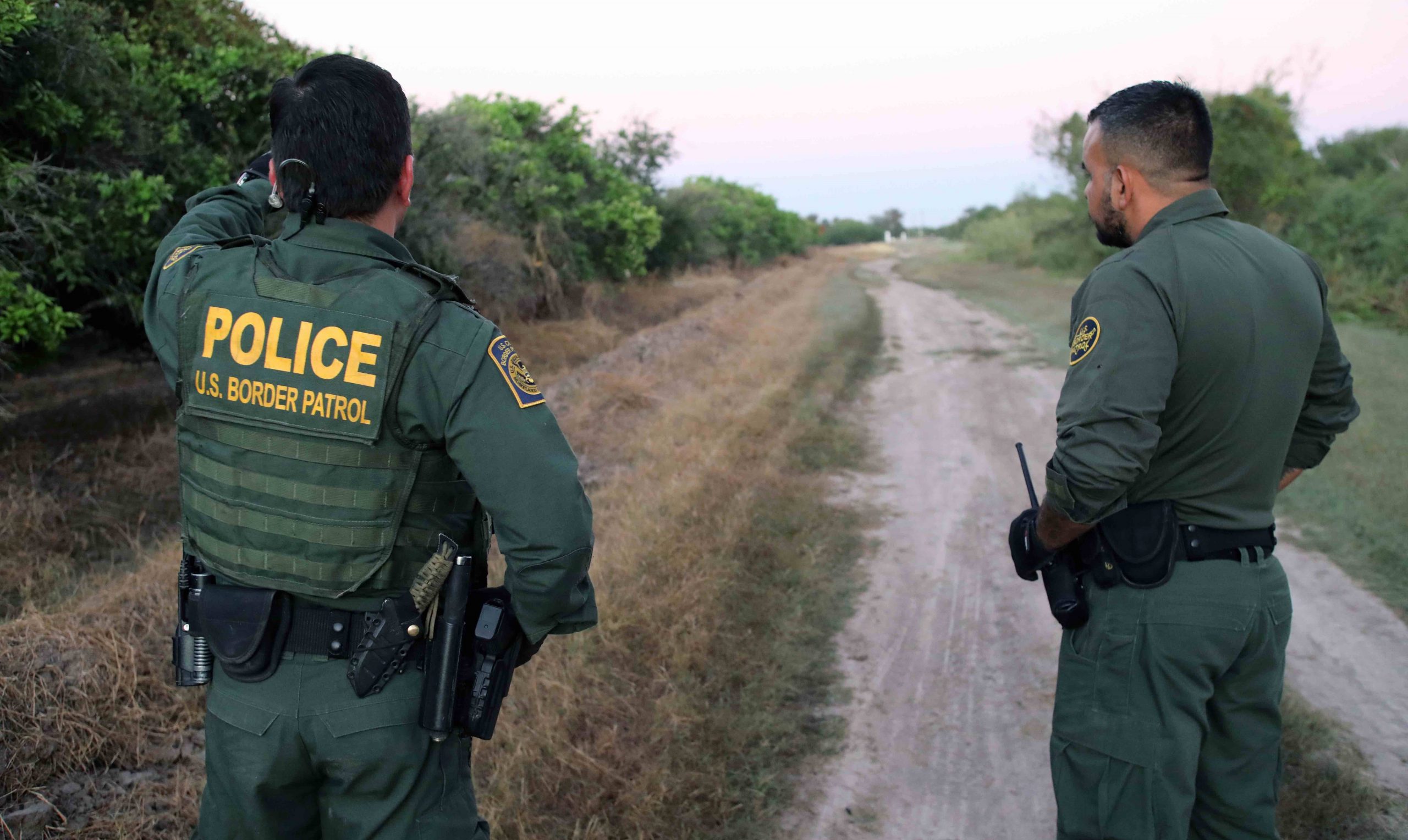 Two agents patrol the southern border in Texas in 2021. (Vic Hinterlang via Shutterstock)

Nineteen states came to the Supreme Court on Monday, asking the justices to keep in place a Trump-era policy that allows immigration officials to quickly expel migrants seeking asylum at the U.S. border. The states, led by Arizona, warn the justices that if the court does not block a federal judge’s order that would end the policy on Wednesday, it will “cause a crisis of unprecedented proportions at the border.”

The federal law at the center of the case is known as Title 42 of the Public Health Services Act. It gives the Centers for Disease Control and Prevention the power to bar the entry of individuals into the United States to protect the public from contagious diseases. In March 2020, citing the COVID-19 pandemic, the Trump administration relied on Title 42 to suspend the entry of migrants at the Mexico and Canada borders. The policy allowed U.S. officials to turn back migrants quickly, without giving them an opportunity to seek asylum in the United States.

The Biden administration extended the Trump administration’s orders in August 2021, but in April of this year the government announced that it would end the policy, saying it was no longer necessary to protect public health.

The dispute now before the Supreme Court is a separate case. It began as a challenge to the policy in federal court in Washington, D.C., by six families who crossed the U.S.-Mexico border without authorization and now seek asylum – on their own behalf but also as a class action on behalf of other families in the same position. In November, U.S. District Judge Emmet Sullivan ruled for the families and ordered the government to end the policy by Dec. 21.

The states asked to intervene in the Washington, D.C., case to defend the policy. If Sullivan’s ruling remains in effect, they argued, it will effectively nullify Summerhays’ ruling. But on Friday the U.S. Court of Appeals for the District of Columbia Circuit rejected the states’ request to join the case on appeal. The court explained that the states’ request came too late. The states should have known “long before now,” the court reasoned, that they did not have the same interest in continuing the policy as the Biden administration, especially when the Biden administration announced several months ago that it intended to end the policy.

Facing the termination of the policy on Wednesday under Sullivan’s order, the states asked the justices to step in on an emergency basis and block that order from taking effect, which would effectively keep the Title 42 policy in place while litigation continues. If Sullivan’s order is allowed to stand, they argued, it “will hamstring emergency action by CDC to prevent aliens with communicable diseases from entering the United States in the future.”

More broadly, the states accused the Biden administration of using “collusive, underhanded litigation tactics” to achieve its goal of revoking the policy without complying with federal procedural laws. After Sullivan entered his order, they explained, the administration stopped defending the Title 42 policy, asking him only to delay the effective date of his order to give the government time to prepare for the transition.

The states warned that if the Title 42 policy ends this week, the number of daily border crossings could triple. They noted that the Department of Homeland Security has asked for billions of dollars in emergency funds to deal with the expected increase in people crossing the border. The states, too, will have to shoulder increased costs, they wrote, for law enforcement, health care, and education for the influx of immigrants.

Shortly after the states filed their emergency request on Monday, Chief Justice John Roberts ordered the administration to file a response by Tuesday at 5 p.m. EST. Roberts also entered a so-called “administrative stay,” a procedural move that puts Sullivan’s order on hold while the justices consider the states’ request. The administrative stay means that the policy will not automatically terminate on Wednesday if the justices need more time to rule.

The justices have already grappled with controversial immigration policies twice this year. In late June, a divided court ruled that the Biden administration had the discretion to end one of the Trump administration’s signature programs: the “remain in Mexico” policy, which sent people seeking asylum at the U.S.-Mexico border back to Mexico to wait for a hearing in U.S. immigration court. Announced in 2018 and put into place the following year, approximately 70,000 migrants seeking asylum were returned to Mexico under the policy. But the court sent that case back to the lower court for it to determine whether the Biden administration complied with procedural requirements in unwinding the policy. On Dec. 15, U.S. District Judge Matthew Kacsmaryk again put the administration’s efforts to end the policy on hold.

And on Nov. 29, the justices heard argument in a challenge to a 2021 policy that prioritizes certain groups of unauthorized immigrants for arrest and deportation. A decision in that case is expected sometime next year.