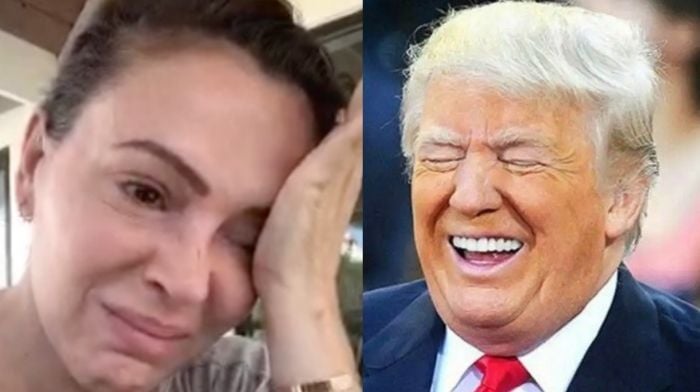 Hollywood star-turned-radically liberal activist Alyssa Milano took to Twitter this week to claim that masks are a better form of protection than AR-15s are, but it did not take long for this ridiculous statement to blow up in her face.

“Anti-maskers are the same people who think they need an AR-15 for ‘protection,’” Milano tweeted on Tuesday. “LOUDER FOR THE PEOPLE IN THE BACK: A MASK WILL PROTECT YOU *MORE* THAN AN AR-15 WILL.”

Anti-maskers are the same people who think they need an AR-15 for “protection”.

LOUDER FOR THE PEOPLE IN THE BACK: A MASK WILL PROTECT YOU *MORE* THAN AN AR-15 WILL.

Milano is essentially trying to argue that a piece of cloth is better protection for someone than an automatic rifle is. While it’s true that masks are a better form of protection against the coronavirus pandemic, literally nobody was trying to say that AR-15s were effective at warding off the virus, so this tweet was clearly just a condescending attack on Americans who own guns.

Unfortunately for Milano, her tweet backfired when a litany of Twitter users responded by ruthlessly roasting her.

“Those tools are for very different kinds of threats,” Washington Free Beacon reporter Stephen Gutowski tweeted in response. “I own both AR-15s and KN-95s. I don’t see any conflict in that whatsoever.”

“Surely I’m not the only person in America who believes wearing a mask helps reduce virus spread and firearms protect from those who wish you harm,” added Washington Examiner reporter Kimberly Ross.

“Uh, they could theoretically both protect you against different things. Is there a reason you think these two things are mutually exclusive? Or related in any logical way at all?” one Twitter user wrote, with another adding, “I guess you can strangle bad guys with your mask.”

Related: Alyssa Milano Claims Ivanka Trump Called Her A ‘Hero’ Years Ago – Blasts Her As An ‘Enabler To Her Father’

Arguably the best response came from the Daily Wire, which could not resist having some fun at Milano’s expense.

Milano’s tweet is yet another example of the dripping condescension with which Hollywood liberal elites treat pro-gun Americans with conservative values.

Milano and her fellow Hollywood stars have made fortunes for themselves appearing in movies and television shows that glorify gun violence, yet they then want to strip their fellow Americans of their Second Amendment rights as much as possible.

Their hypocrisy is truly staggering.