The US will end the year having vaccinated far fewer people against coronavirus than hoped, senior Trump administration officials admitted, with states having used only about a fifth of the doses they were given in the past three weeks.

Officials at US public health agencies said a combination of the holiday season, bad weather and complex vaccine procedures have conspired to result in fewer healthcare workers and care homes residents being vaccinated this year than planned.

Officials had aimed to distribute enough doses to vaccinate 20m people by the end of the year, but recently admitted they were not likely to hit that target until early January after underestimating how long it would take to perform quality control checks on manufactured doses.

Figures released by the federal government, however, show a bigger hurdle is getting the vaccines to people once they have been manufactured and sent out. The US Centers for Disease Control and Prevention said on Wednesday just under 2.6m people in the country had been vaccinated, even though 12.4m doses had been distributed.

Moncef Slaoui, the head of Operation Warp Speed, which President Donald Trump established to accelerate the vaccine process, told reporters: “We agree that the number [of vaccinated people] is lower than what we hoped for.”

Some states have said vaccinations were being under-reported and that the real number of vaccines administered would be higher than that reported to and by CDC. However, Mr Slaoui said that data problems would not account for the scale of the gap, adding: “We know that it should be better, and we’re working hard to make it better.”

Mr Slaoui did not say why he thought targets were being missed.

Nancy Messonnier, the director of the National Center for Immunisation and Respiratory Diseases, blamed a range of factors. She said part of the problem was that pharmacies that were largely responsible for vaccinating people in care homes had been waiting to schedule appointments until they could be sure they had enough doses to perform booster shots.

She said hospitals and care homes had also been unprepared to begin their vaccination programmes in the middle of the Christmas holidays, with staff away and resources already running low.

“We need to remember that these are new vaccines on new platforms with slightly complex requirements for storage, handling and administration,” she said.

“And we’re launching a vaccine campaign in the midst of a pandemic surge, after years of drained and strained healthcare providers and public health departments.”

The pace of the vaccination rollout will be crucial to curbing the spread of the virus in the US, where more than 330,000 people have died as a result. The US reported a 3,903 deaths on Wednesday, according to the Covid Tracking Project, while more than 125,000 people are currently in hospital with the disease — both record totals. 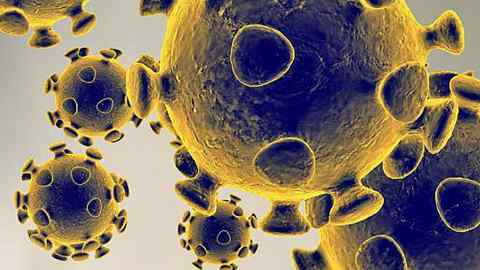 Henry Walke, the Covid-19 incident manager at CDC, on Wednesday said he thought the new variant of the disease which has caused a huge spike in cases and hospitalisations in the UK, was now spreading in the US. The country reported its first case of the new strain, which scientists say is far more easily transmitted, this week, in a man from Colorado with no travel history.

“The lack of reported travel history suggests this variant has been transmitting from person to person in the United States,” Dr Walke said, adding this was likely to add further strain on the country’s “heavily burdened healthcare systems”.

Joe Biden, the president-elect, this week sounded the alarm about the slow pace of vaccination, saying that at the current rate, it would take years to vaccinate everyone in the US. Mr Biden’s allies have talked in recent weeks about reshaping the federal government’s distribution plans to enable his administration to take more direct control of the process, rather than leaving so much up to states.

Officials and medical experts say they expect the pace of vaccination to pick up rapidly in the new year once people return to work and clinics and pharmacies become more confident about administering them.

Dr Messonnier said: “I really expect those numbers are going to increase fast next week.”