Donald Trump has sought to play down the severity of a sweeping cyber attack on the US government and companies, one day after his own secretary of state said the “very significant effort” could be traced back to Russian actors.

On Saturday morning, Mr Trump took to Twitter to claim the hack was “far greater in the Fake News Media than in actuality”.

“I have been fully briefed and everything is well under control,” the president tweeted.

“Russia, Russia, Russia is the priority chant when anything happens because Lamestream is, for mostly financial reasons, petrified of discussing the possibility that it may be China (it may!).”

Mr Trump’s claims appeared to contradict statements by Mike Pompeo, the US secretary of state. Mr Pompeo told The Mark Levin show, a conservative radio programme, on Friday that there had been a “significant effort to use a piece of third-party software to essentially embed code inside of US government systems and it now appears systems of private companies and companies and governments across the world as well”.

Mr Pompeo added: “This was a very significant effort, and I think it’s the case that now we can say pretty clearly that it was the Russians that engaged in this activity.”

Earlier in the week, US cyber officials warned the huge espionage campaign posed a “grave risk” to the government, critical infrastructure and the private sector. 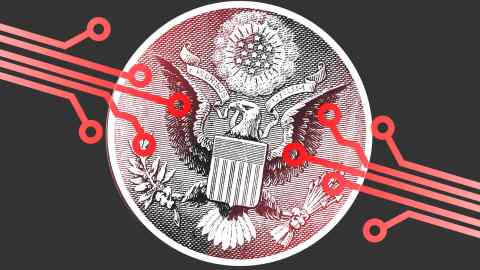 On Saturday, Mr Trump sought to link the cyber attack to his unsubstantiated claims of electoral fraud, which he blames for his defeat in November’s election.

“There could also have been a hit on our ridiculous voting machines during the election, which is now obvious that I won big, making it an even more corrupted embarrassment for the USA,” he added.

Mr Trump has repeatedly claimed, without evidence, that the US elections on November 3 were rigged against him. Earlier this week, the Electoral College met to officially select Joe Biden, Mr Trump’s Democratic opponent, as the 46th US president. Mr Biden, who was vice-president under Barack Obama, will be sworn in on January 20.

Mr Trump’s refusal to accept the election results, and his rejection of concerns about the cyber attack, come as the president also threatens to veto a $740bn defence spending bill.

The president on Thursday renewed his threat to use his presidential veto power to reject the National Defense Authorization Act, which was approved by both chambers of Congress, after lawmakers refused to give in to his demands for the bill to remove legal protections from social media companies.

Lawmakers and cyber security experts have warned that failing to sign the bill into law would leave the US only more vulnerable to future attacks.

“This cyber attack likely perpetrated by the Russians spotlights the glaring vulnerabilities of our federal cyber security system,” Susan Collins, the Republican senator from Maine, said on Friday.

“The president should immediately sign the NDAA not only to keep our military strong but also because it contains significant cyber security provisions that would help thwart future attacks,” she added.