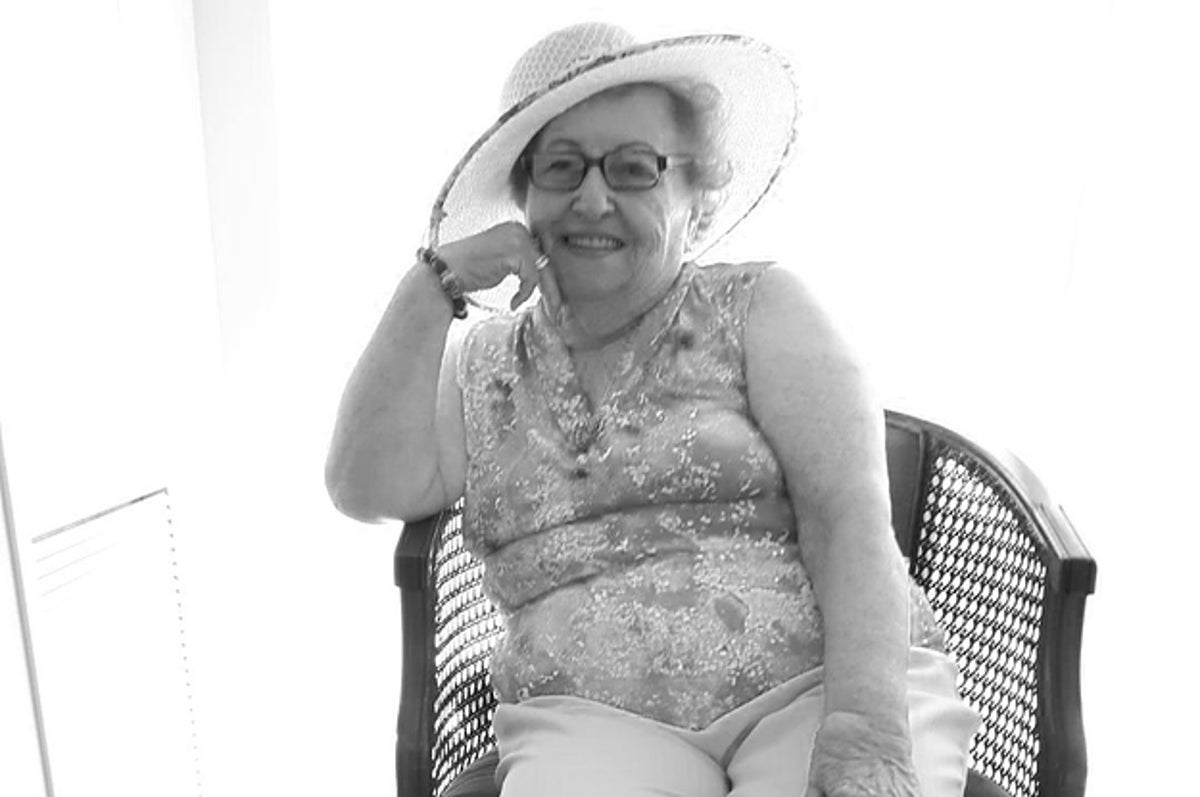 Malvina Shabes, known as “Visia” to friends, was just 10 years old when she, her parents, and her nanny escaped their native Poland for Siberia. It was 1939, and the Nazis had just invaded. The family made it out alive, only to find themselves in labor camps in Siberia. Malvina died in Toronto on Nov. 10, 2020, as the coronavirus blazed through her retirement home. She was 93.

Despite the terror of her youth, “she was probably one of the most kind people you would ever meet,” her son Jeff Shabes told BuzzFeed News. “She was always worried about everybody but herself.”

By all accounts, she lived an extraordinary life. A mother of two sons and a friend to many, she never shied away from her life story. “She was a rarity in the sense that she was willing to talk about life in Siberia and what life was like during the war,” Jeff said.

Born in Krakow, Poland, in 1929, she and her family escaped the Nazis “by some miracle,” her son said.

In her stories, Malvina painted a grim picture of the Soviet Union. Following the non aggression pact between Germany and Russia, hundreds of thousands of Poles were deported to Siberia and other regions of the USSR as sparsely populated as they were frigid. Like other Polish men, her father had to work in a labor camp under conditions many of his compatriots didn’t survive.

The family had a small apartment with “minimal heat,” she told her son, and there was often not enough food. Malvina had to go to a Russian-language school; it was a language she did not understand, although she eventually learned it and became “somewhat acclimated,” Jeff said. When she met Joseph Shabes, she rebuffed him because he was eight years her senior. She got to know him through her father; both men were committed to resisting the Soviet regime. “They were kind of prisoners, in a loose way,” her son recalled. As time wore on, Malvina and Joseph fell in love. They were married for 63 years when he died.

Siberia never felt like a place the family could make their home. So, after the war, Malvina and her husband — whom she had not yet married — traveled between Poland and Germany. Because the lovers were Jewish refugees, a cousin in Canada was able to bring them to the country. Malvina’s husband went first, while she, then 18, waited to follow and marry him.

As a new immigrant to Canada in the late 1940s, Malvina once again found herself learning a new language in a new place, but this time in a country she grew to love. Settling in Toronto, Joseph ran a printing company, while Malvina had a job at Simpsons, a department store bought by the Hudson’s Bay chain in 1978. She worked her way up to being a secretary for the manager, a position she was proud of.

She took a break from work after her first son, Jeff, was born. Initially, she returned to her job part-time, but quit altogether after she had a miscarriage. Jeff still remembers that time; he kept her company while she recovered. “I didn’t understand why she was in bed, but I would make her sandwiches and we would watch soap operas,” he said.

Most of all, Malvina is remembered for the community she built in Canada, making friends wherever she went. Through the years, she was a determined matriarch, even as she cared for her husband and mother before they died.

George Kovac, a family friend of over 50 years, said Malvina was always kind and welcoming. Her life centered around her friends and family, even as she began developing dementia. “The family’s survived tremendous stress and pressure, fleeing Nazisim and the Russian system,” Kovac told BuzzFeed News, “and to me it shows how Canada has greatly benefited from the experiences they’ve had.”

After first her husband died, followed by her dog, Pepsi, Malvina’s dementia became worse. Her family decided to look for a retirement home where she would be able to have to social interactions, music, and art. In November, she was one of eight residents at her home who died of COVID-19 during a second-wave outbreak. The last time Jeff saw his mother, he didn’t get to hug her goodbye.

“I called her ‘mommy,’ told her it was OK, she could let go, that we loved her,” Jeff said. “The next morning at 7:30, we spoke to the doctor, and he said she was hardly breathing with 100% oxygen being supplied.”

He said it took time and effort to get his mom to the hospital, and the positive diagnosis only came from the medical center’s staff, rather than that of the retirement home. He wished the home would have done more, raised an alarm sooner, and been more transparent about the situation, which he didn’t know the full extent of at the time.

After her death, he told her story to the CBC with the goal of humanizing people who have died of the coronavirus. His plea was heard by Canadian Prime Minister Justin Trudeau, who days later spoke about Malvina in a nationwide address.

“Every person we lose to this virus has family and friends who love them, who had plans for tomorrow and things they wanted to do. I think about the woman in Toronto who survived the Holocaust and recently passed away from COVID-19,” Trudeau said. “To her loved ones, my deepest condolences for your loss. And to the thousands of other families who lost someone to COVID-19, my thoughts are with you. Every loss is a tragedy, and each story reminds us what is at stake in the fight against this pandemic.”

Malvina was a playful fashionista, a skilled baker, and an enduring woman whose difficult life had taught her to build a community around her wherever she went. Jeff is honored that Trudeau memorialized his mother and hopes her story will inspire other people to tell stories of loved ones who died of COVID-19.

“My mom is the kind of person who said, ‘I don’t want attention, don’t make a fuss about me.’ She always said, ‘Jeff, put yourself first,’” he said.

But, to explain the toll of the pandemic, he’s not heeding her advice.