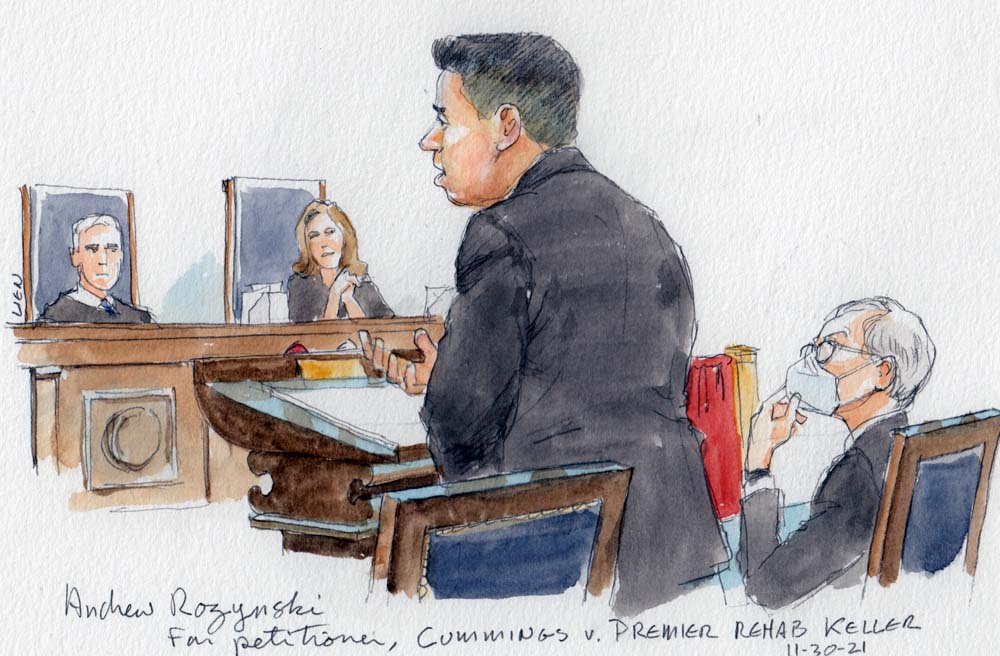 The Supreme Court heard oral argument Tuesday in, Cummings v. Premier Rehab Keller, P.L.L.C., a case on whether emotional distress damages are available in certain anti-discrimination suits against recipients of federal funding. Jane Cummings sued Texas-based Premier Rehab for discriminating based on her disability in violation of the Rehabilitation Act and the Affordable Care Act. The U.S. Court of Appeals for the 5th Circuit held that Cummings could not seek damages for emotional distress. At the Supreme Court on Tuesday, the justices sought to pin down which methodology they should apply to such cases. Though some justices seemed receptive to the availability of emotional distress damages, questions from the bench also suggested concern about the size of emotional distress awards and the absence of explicitly defined remedies in the statutes Cummings invoked.

By way of background, Congress passed Section 504 of the Rehabilitation Act and Section 1557 of the ACA pursuant to its powers under the Constitution’s spending clause: The federal government provides funds in exchange for the funding recipient’s adherence to various conditions. The Supreme Court has held that private plaintiffs may secure a particular judicial remedy for the violation of spending clause statutes only if the defendant — the recipient of federal funding — is on notice that it exposes itself to that remedy by accepting the funds. Specifically, funding recipients are on notice that they are subject to the remedies traditionally available in suits for breach of contract.

Much of Tuesday’s argument thus centered on the question of how to determine whether emotional distress damages have historically been available in breach-of-contract disputes. Two questions seemed especially pressing to the justices. One line of questioning — pursued by Justices Amy Coney Barrett, Elena Kagan, and Brett Kavanaugh, among others — involved the level of generality at which the court should conduct its inquiry into the traditional availability of emotional distress damages. Should the court look to the broad question of which damages are foreseeable for breach of contract? Or should the court more narrowly investigate the availability of emotional distress damages in a set of contract cases — and, if so, which cases? Suits for breaches of contracts generally, contracts covering non-commercial disputes, or contracts involving discrimination? 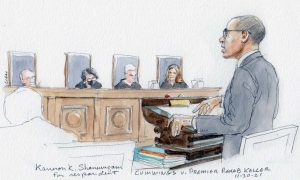 Kannon Shanmugam, arguing for Premier, urged the court to ask “what is the prevailing rule in breach-of-contract cases” in general. He noted that there is no prevailing rule making emotional distress damages recoverable for breach of contract.

Cummings’ lawyer, Andrew Rozynski, and Colleen Sinzdak, arguing for the U.S. government in favor of Cummings, asked the court to apply the general rule that foreseeable damages are available, but also stated that emotional distress damages were historically available in cases involving common carriers and innkeepers that are analogous to anti-discrimination statutes.

In a second line of questioning, the justices focused on what they should consider persuasive evidence of a traditional contract-law remedy in the spending clause context. Chief Justice John Roberts, for instance, asked what would happen if four state supreme courts allowed emotional distress damages in a relevant set of cases, and four other state supreme courts did not. The justices also considered which legal sources should be viewed as authoritative; for example, Barrett noted the view that the Restatement (Second) of Contracts “has moved more into law reform rather than just law description.” Roberts referenced one way to address the challenge of identifying persuasive evidence, namely, by relying on the doctrine that funding recipients must be on “clear” notice of a remedy.  Some Justices—including Justice Stephen Breyer, Barrett, and Kagan appeared to find the availability of emotional distress damages in a set of cases involving innkeepers and common carriers to be relatively clear.

Several justices seemed to share the conviction that emotional or dignitary harm is a frequent consequence of unlawful discrimination. Breyer gave the example of someone who is publicly mocked for being forced to sleep outside. Yet the question is what follows from the association between discrimination and emotional distress. According to Sinzdak, the contention that funding recipients are “not on notice that they must compensate for some of the core harms of discrimination,” such as “humiliation” and “degradation,” defies law and common sense. According to Shanmugam, by contrast, Congress has not invariably made emotional distress damages available for violations of anti-discrimination law. Thus, the court should not assume that these damages are “a necessary remedy for any form of discrimination.”

A related topic of discussion was a comparison between the statutes Cummings invoked — the Rehabilitation Act and the ACA, in which Congress did not include an explicit right of action — and statutes in which Congress passed express rights of action and defined the scope of remedies, such as Title VII of the Civil Rights Act of 1964. Kavanaugh and Justice Sonia Sotomayor were especially interested in the “disparity” between Title VII’s damages caps and the uncapped emotional distress damages that would presumably be available under the Rehabilitation Act and ACA should the court rule in Cummings’ favor. Sinzdak responded that emotional distress damages in the Title VII context were a supplement to the traditional remedy of back pay — unlike in the statutes Cummings invoked, which typically involve non-pecuniary harm. Shanmugam insisted, for his part, that the court “would be undertaking a quintessentially legislative task if it provided for open-ended damages here.”

Finally, the justices asked the parties about the practical consequences of ruling in either side’s favor. Barrett, Kavanaugh, and Sotomayor all inquired into the existence of large-figure damages awards for emotional distress. Rozynski assured the court that these awards were not typically high or unpredictable, while Shanmugam indicated that emotional distress damages often are awarded based solely on the plaintiff’s testimony.

Overall, some justices appeared receptive to Cummings’ position that emotional distress damages are a sufficiently established remedy for certain breaches of contract analogous to the spending clause statutes at issue here. However, the justices seemed concerned to pin down the precise inquiry they should undertake with respect to remedies for violations of spending clause legislation, and some justices evinced reluctance to permit uncapped emotional distress liability for such violations.