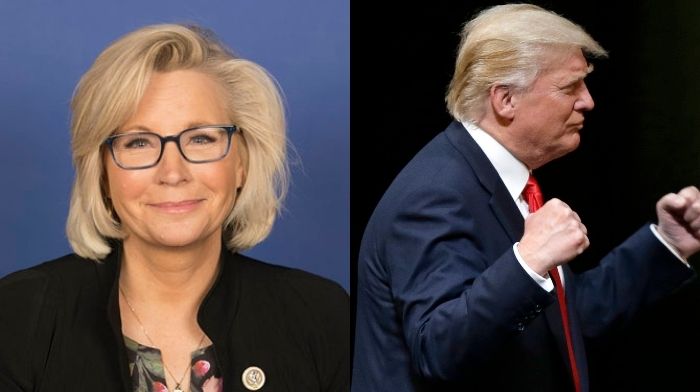 Over half of House Republicans have called for the removal of Liz Cheney (R-WY) from the Chair of the House GOP Conference.

According to The Hill’s Juliegrace Brufke, Republican aides say that over 115 GOP members are supporting a move to express a vote of “no confidence” in Cheney’s leadership after her recent vote to impeach President Trump.

The vote would be done by secret ballot.

As GOP Conference Chair, Cheney is the third highest ranking Republican in the House of Representatives.

Currently, more than half of House Republicans are on board with the censure of Cheney. Veteran and newly elected Representatives alike have called for Cheney to step down.

Matt Rosendale (R-MT) said, “Rep. Cheney did not consult with the rest of our conference before supporting impeachment.”

He went on to say that, “She failed to abide by the spirit of the Conference rulesand is ignoring the preferences of Republican voters. I’m calling on her to step down as Conference Chair.”

Liz Cheney has departed from the positive populism that energizes the America First movement. https://t.co/MiShOk7Dvn

Cheney In Trouble At Home

While a formal censure in the House has not yet happened, Cheney’s Wyoming constituents are not happy with her choice to vote for impeachment.

“Representative Cheney ignored and violated caucus rules by disclosing her intent to join the Democrat Party’s proposed move to vote for impeachment to the media prior to having any evidence presented to the body.

“Representative Cheney did vote in favor of the impeachment of President Donald J. Trump despite the lack of any formal hearing being held, evidence being presented, witnesses being sworn to testify, or accusers being questioned.”

The resolution went on to say that Wyoming voters went to the polls in November to, “express their will, their values, and their stated preference in re-electing President Donald J. Trump by a larger margin, and in greater numbers, than those who re-elected Representative Cheney.”

“The censure resolution passed in a unanimous vote by the 45-member central committee.”

Washington Times: Liz Cheney censured in Wyoming for vote to impeach Trump: ‘Did not represent our voice’ https://t.co/qJHJek8zGm

Carbon County GOP Chairman Joey Correnti came down hard on Cheney, saying she has refused to answer angry constituents regarding her vote.

Correnti said, “People in the county party have attempted to get ahold of Rep. Cheney through email, phone calls-and I think only one person got a response from a staffer and it was pretty short.”

RELATED: Liz Cheney Voting To Impeach Trump Backfires On Her As She’s Censured By Wyoming Republicans

There are several Republicans who have been mentioned, or are actively considering challenging Cheney for her Chairmanship. Among the names mentioned are, Rep. Lee Zeldin (R-NY), and Elise Stephanik (R-NY).