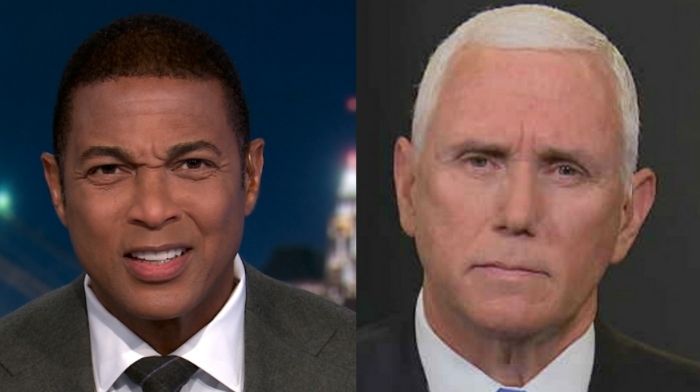 Lemon became enraged when he saw Republicans like Vice President Mike Pence, Senator Majority Leader Mitch McConnell (R-KY), as well as Senators Ted Cruz (R-TX) and Lindsey Graham (R-SC) taking to Twitter to pay tribute to King on the national holiday that is devoted to him. Lemon called out each of these conservatives by name in a scathing monologue in which he mocked them relentlessly.

“Those Republicans like Mike Pence, putting out 50 tweets quoting Dr. King’s words, can you believe it?” Lemon said mockingly. “Like Mitch McConnell, who supported the president whose actions go against everything Dr. King stood for. Like Lindsey Graham, who allegedly called Georgia election officials to get them to throw out legal votes, including large numbers from black voters. Ted Cruz, who even after the riot on Capitol Hill, still voted against certifying the Electoral College vote.”

“One Republican after another apparently hoping that you’ll forget their support for a president who used race to pit Americans against each other,” he continued. “Donald Trump created an environment where white supremacists and conspiracy theorists overran the Capitol of the United States of America. He used race to divide us from the very beginning. All of that is the opposite of what Dr. King stood for, what he died for, more than 50 years ago.”

Lemon went on to say that these comments were particularly bad in the lead-up to Joe Biden’s inauguration on Wednesday.

“The Biden-Harris administration was elected to represent all Americans with more than 81 million people voting for them,” he explained. “But it was voters of color who put them over the finish line, even as the current president — until Wednesday at noon, anyway — deliberately tried to divide us.”

Lemon concluded his vile rant by reading an excerpt from King’s letter from a Birmingham, Alabama, jail in which he discussed “frustration about the white people who just didn’t get it.”

“One Republican after another apparently hoping that you’ll forget their support for a president who used race to pit Americans against each other.”

The real people who are hellbent on dividing us right now are members of the liberal media like Lemon. He might want to take a look at himself in the mirror, because we doubt that King would support what he is doing at all.

This piece was written by James Samson on January 19, 2021. It originally appeared in LifeZette and is used by permission.