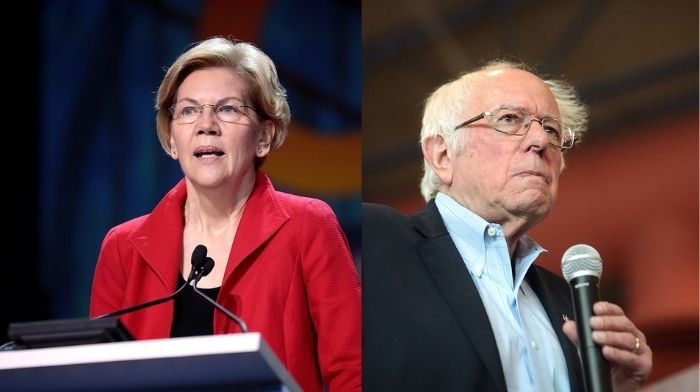 Progressive Senate Democrats have a new excuse for their desire to end the Senate’s filibuster: raising the federal minimum wage to $15 an hour.

Frustrated that Elizabeth MacDonough, the Senate Parliamentarian who acts as a non-partisan referee of sorts, determined that a minimum wage increase “was not compliant with budget reconciliations rules,” and thus couldn’t be passed as part of the Democrat’s $1.9 trillion COVID relief bill, Democrats are now pushing to end the filibuster in order to pass the minimum wage hike with a bare majority.

Raising the minimum wage from $7.25 to $15.00 was a key feature in getting Joe Biden and other Democrats elected in November.

The $1.9 trillion relief bill appeared to be the best route for Democrats to make a campaign promise a reality.

Democratic Senate aides say the Senate parliamentarian has ruled against including a minimum wage increase in the Democrats’ massive COVID-19 relief bill https://t.co/srJPDfhTGz

The Future Of The Filibuster

Without passing the minimum wage hike through the coronavirus bill, it leaves Progressives with few options.

One of those options is to end the filibuster. It is something Democrats had talked about throughout the election cycle.

Senator Elizabeth Warren took up the mantle again to call for an end to the filibuster.

“Democrats should not be held hostage by Mitch McConnell to help struggling families. It is time to get rid of the filibuster to raise the minimum wage to $15 and pass other bold policies that Americans voted for us to deliver.”

Not all Democrats are on board with scrapping the procedure.

Sen. Joe Manchin (D-WV), one of the few Democrats that might be considered even remotely moderate, has said he will not vote to end the filibuster.

Sen. Kyrsten Sinema (D-AZ) has also come out against it as well.

Democrats should not be held hostage by Mitch McConnell to help struggling families. It is time to get rid of the filibuster to raise the minimum wage to $15 and pass the other bold policies that Americans voted for us to deliver. https://t.co/hc91pKrIq3

RELATED: CNN Host Don Lemon Says Republican Hypocrisy Is ‘Off The Charts’ On Tanden’s Mean Tweets Because Of Trump

The Problem With The Filibuster

Ending the filibuster is a tempting idea for Democrats. This could be a way to push forth many issues on the liberal wish list.

Even though Democrats have Vice President Kamala Harris as the tie-breaking vote in the Senate, Republicans can still block or delay legislation with a filibuster.

In early February, because the Senate is at an even 50-50 split, Democrat leader Chuck Schumer and Republican leader Mitch McConnell agreed to a power sharing agreement.

Mitch McConnell, to his credit, successfully saved the filibuster in those negotiations.

What are we supposed to tell voters in 2 years before the midterms? Sorry, we couldn’t pass the $15 minimum wage that we promised you because the Senate parliamentarian advised against it?

Two-thirds of voters want this done. Time to deliver.

RELATED: Cruz Fires Back At Boehner After His ‘Anatomically impossible’ Insult

Without the votes of Joe Manchin and Kyrsten Sinema, the chances of Democrats ending the filibuster are slim. They will have to come up with other ways to push through not only the minimum wage hike, but many of the other things voters were promised in November.

Currently however, some states have not waited for the federal government to act and have implemented their own wage increases.

Fox News reports that the non-partisan Congressional Budget Office estimates raising the minimum wage to $15 an hour by the year 2025 would cost roughly 1.4 million jobs, but would raise 900,000 Americans out of poverty.

Right now, ending the filibuster is something the Democrats like because it would benefit them and make the base of the party happy.

But if that does not happen, it is a sure thing that, as Rep. Jayapal said, “every option needs to be on the table.”

Every option needs to be on the table to pass a $15 minimum wage, whether it’s overruling an unelected parliamentarian or ending the filibuster.

We told people we would deliver. 27 million workers are waiting for us to deliver. And now we must deliver. https://t.co/8USGTDanyH