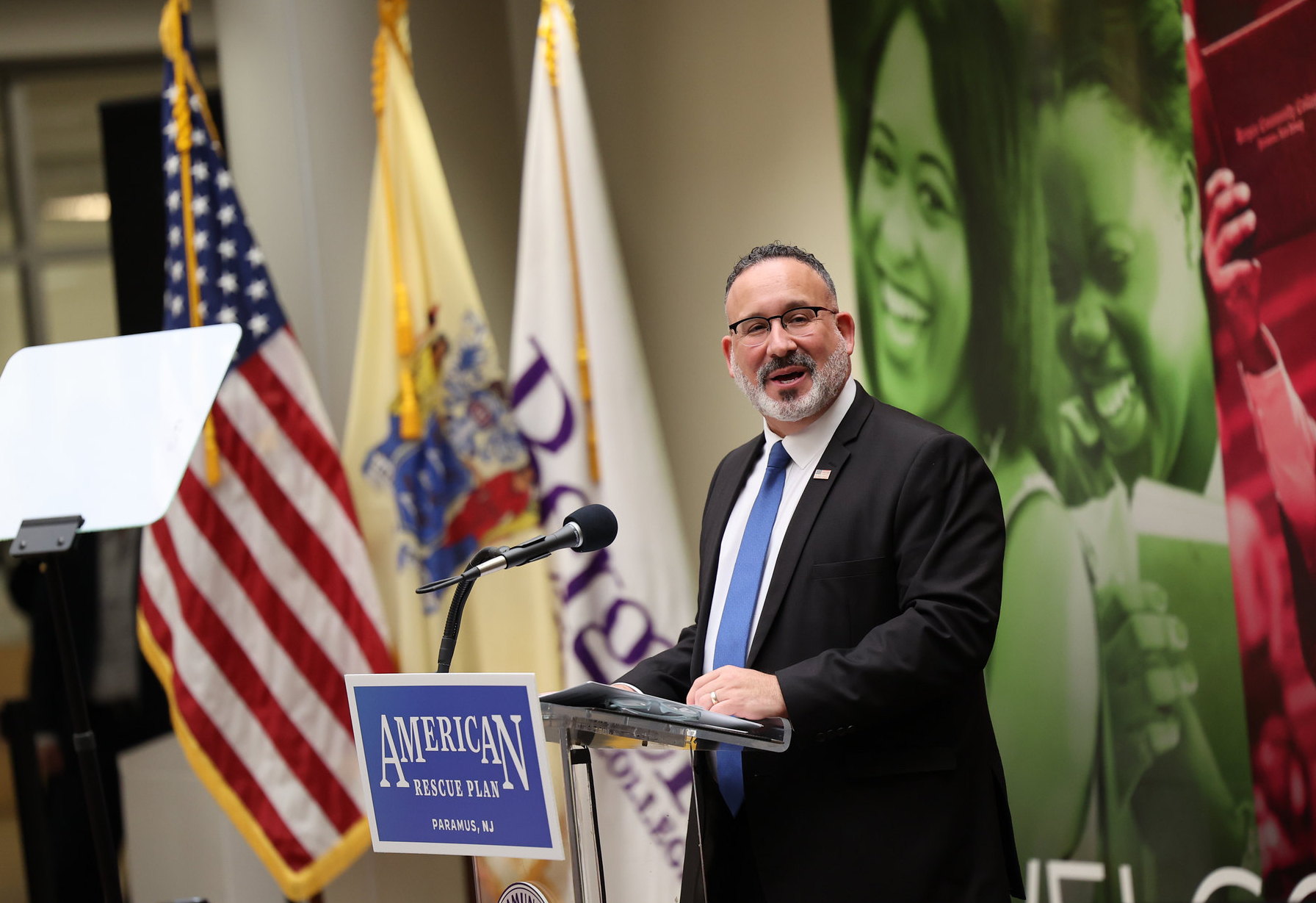 The Supreme Court will fast-track a challenge to the Biden administration’s student-debt relief program and hear oral argument in February, the court said Thursday. The $400 billion program will remain on hold in the meantime due to lower-court rulings that have blocked the government from implementing it.

Justice Amy Coney Barrett, acting alone, had turned down two earlier requests from opponents of the program to block it without even seeking a response from the Biden administration. But after a federal appeals court in Missouri put the program on hold last month, it was the administration’s turn to ask the justices to intervene. In a brief unsigned order on Thursday, the court declined to lift the appeals court’s ruling but took up an alternative suggestion from the Biden administration: setting the case for argument quickly with the prospect of definitively resolving the legality of the program.

Biden announced the program in August. He relied on the Higher Education Relief Opportunities for Students Act of 2003 (known as the HEROES Act), a law passed in the wake of the Sept. 11 attacks that allows the federal government to make changes to student-loan programs to respond to national emergencies.

Six states, led by Nebraska, went to federal court in Missouri to challenge the program. U.S. District Judge Henry Autrey threw the case out, holding that the states do not have a legal right to sue, known as standing. But the states appealed to the U.S. Court of Appeals for the 8th Circuit, which blocked the program.

U.S. Solicitor General Elizabeth Prelogar came to the Supreme Court on Nov. 18, asking the justices to allow the government to implement the program while litigation continues in the lower courts. She argued again that the states lack standing to challenge the program. Moreover, she added, Secretary of Education Miguel Cardona clearly has the power to implement the program: The HEROES Act was enacted precisely to give the secretary of education the authority to grant student-loan relief in the case of a national emergency – such as the COVID-19 crisis. And at most, she concluded, the 8th Circuit could bar the Biden administration from implementing the program to debt relief for loans serviced by a Missouri-based non-profit, known as MOHELA, created by the Missouri legislature.

The states insisted that they have standing to challenge the program because debt relief will “unquestionably” have an impact on MOHELA by eliminating millions of loans, which will in turn reduce MOHELA’s revenue and therefore its ability to fund Missouri’s student financial-aid program. And other states, such as Nebraska and Iowa, have standing, they said, because for the next three years another federal law, the American Rescue Plan Act, bars them from taxing loans that are discharged.

Because the states have standing, they continued, the justices should leave the 8th Circuit’s order in place because (among other things) the debt-relief program violates the “major questions” doctrine – the idea that if Congress wants to give an administrative agency the power to make “decisions of vast economic and political significance,” it must say so clearly. The debt-relief program has both economic significance, the states say, and political significance, because Congress has “conspicuously and repeatedly declined to enact” legislation to discharge student loans.

And contrary to the Biden administration’s invocation of the COVID-19 pandemic to justify the debt-relief program, the states added, there is no national emergency necessitating the program. Instead, the states argue, the COVID-19 pandemic merely provided a “pretext to mask the” administration’s “true goal of fulfilling his campaign promise to eliminate student-loan debt.”

The Supreme Court’s decision to take up the challenge to the debt-relief program came just one day after the U.S. Court of Appeals for the 5th Circuit refused to block an order by U.S. District Judge Mark Pittman striking down the program. And it came nine days after the Biden administration – citing “tremendous financial uncertainty for millions of borrowers” because of the challenges to the program – extended the pause on student loan repayments originally imposed by the Trump administration. Although payments had been slated to resume on Dec. 31, they will now resume 60 days after the litigation is resolved or, at the latest, Sept. 1, 2023.