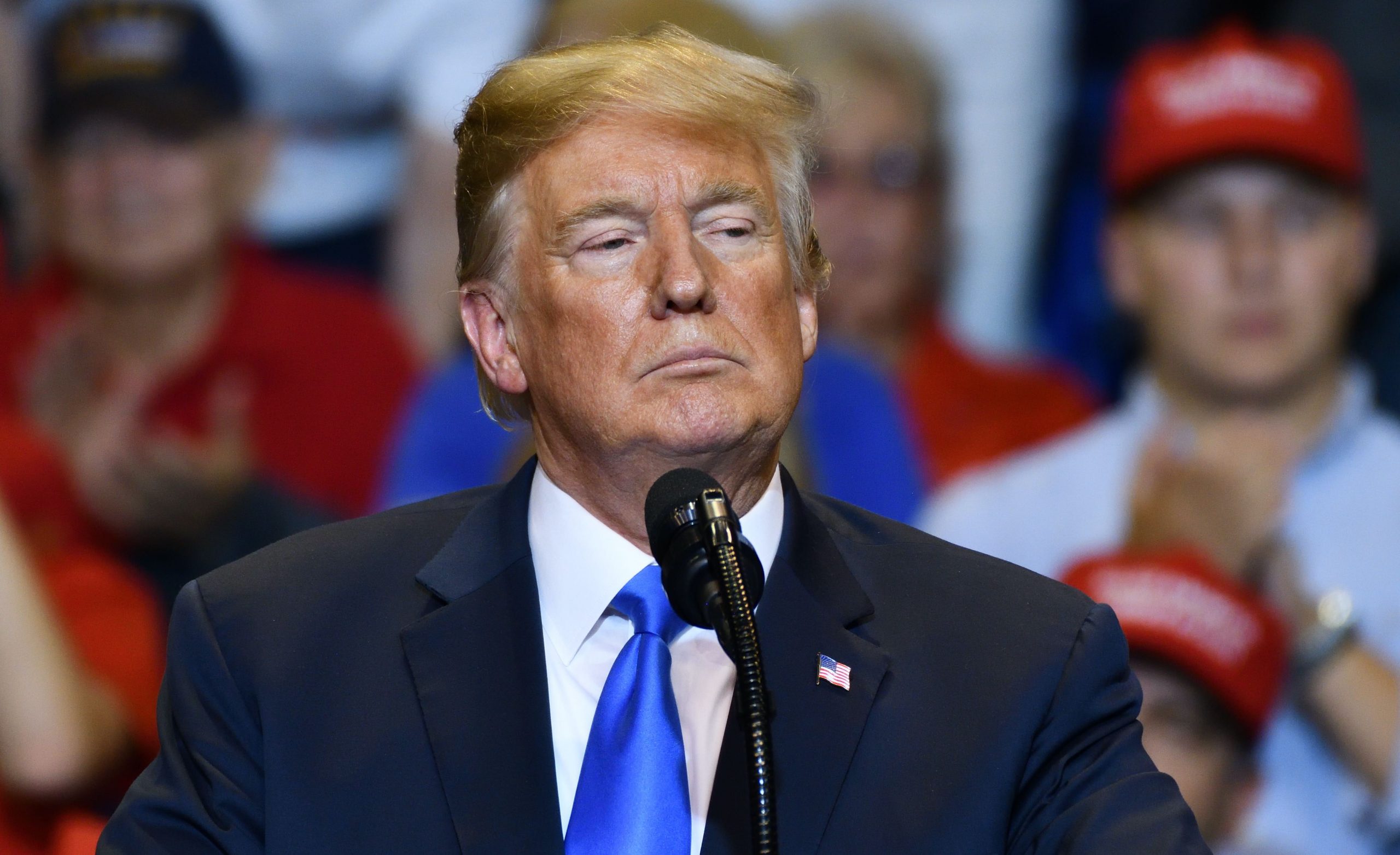 Former President Donald Trump speaks at a rally in Pennsylvania in 2018. (Evan El-Amin via Shutterstock)

In a major victory for the congressional committee investigating the Jan. 6, 2021, attack on the U.S. Capitol, the Supreme Court turned down a request by former President Donald Trump to block the release of presidential records that the committee is seeking. The ruling clears the way for the National Archives to turn over several hundred pages of documents to the committee immediately. Only Justice Clarence Thomas indicated that he disagreed with the court’s decision.

The case stems from a request made in August by the special House committee investigating the Jan. 6 riot. It asked the National Archives to hand over presidential records relating to the events of Jan. 6 and Trump’s claims of election fraud in the 2020 presidential election.

Five days later, the archivist notified Trump that he would turn over the first set of documents. Trump claimed executive privilege over 46 of the 129 pages, covering documents such as his diaries, schedules, visitor and call logs, and notes from his former chief of staff, Mark Meadows. Trump also preemptively asserted the privilege with respect to any other documents to be turned over to the committee.

President Joe Biden told the archivist that he had “determined that an assertion of executive privilege is not in the best interests of the United States, and therefore is not justified” for any documents in the first set. Executive privilege, Biden emphasized, “should not be used to shield, from Congress or the public, information that reflects a clear and apparent effort to subvert the Constitution itself.”

Trump also asserted privilege over 724 pages in the second and third sets of documents identified by the archivist – including draft talking points for the press secretary, drafts of speeches for the president, and a draft executive order on election integrity. Biden once again declined to assert executive privilege to shield the documents.

Trump went to federal court in Washington, D.C., on Oct. 18, seeking to block the disclosure of the materials. He argued that the committee is seeking records that are shielded by executive privilege and that the request lacks a valid legislative purpose. The district court denied Trump’s motion for a preliminary injunction.

Trump then went to the U.S. Court of Appeals for the District of Columbia Circuit. In an opinion by Judge Patricia Millett, that court described the main question before it as whether “a federal court can, at the former President’s behest, override President Biden’s decision not to invoke privilege and prevent his release to Congress of documents in his possession that he deems to be needed for a critical legislative inquiry.” Trump, Millett concluded, did not provide any reason for the D.C. Circuit to “override President Biden’s judgment and the agreement and accommodations worked out between the Political Branches over these documents.”

“Both Branches agree,” Millett continued, “that there is a unique legislative need for these documents and that they are directly relevant to the Committee’s inquiry into an attack on the Legislative Branch and its constitutional role in the peaceful transfer of power.” No matter what test the court applies, Millett reasoned, “the profound interests in disclosure advanced by President Biden and the January 6th Committee far exceed” Trump’s “generalized concerns for Executive Branch confidentiality.”

Trump came to the Supreme Court in late December, asking the justices to put the D.C. Circuit’s decision on hold and block the release of the documents. Telling the justices that the case “fundamentally affects the functioning of the American presidency,” he insisted that as a former president, he has the right to assert executive privilege to shield documents after he leaves office. And he warned that if the committee’s requests are granted, in the future similar requests “will become the norm regardless of what party is in power.” If the request is not blocked, he added, and the records are released, the effects of their release can never be undone.

The Biden administration countered that Trump’s request is based principally on the idea that turning over the records “would harm the Executive Branch and, by extension, the public.” But the president, rather than the former president, Solicitor General Elizabeth Prelogar wrote, “is best positioned to make those assessments.”

In a short unsigned order released on Wednesday night, the court turned down Trump’s request. The court acknowledged that the “questions whether and in what circumstances a former President may obtain a court order preventing disclosure of privileged records from his tenure in office” when the current president has decided to waive the privilege “are unprecedented and raise serious and substantial concerns.” However, the court continued, the D.C. Circuit did not decide those questions because it concluded that Trump’s documents would not be entitled to protection even if he were the current president.

Justice Brett Kavanaugh penned a two-page statement regarding the court’s decision to reject Trump’s request. He stressed that the parts of the D.C. Circuit’s decision indicating that a former president cannot invoke executive privilege to shield documents when the current president disagrees “should not be considered binding precedent going forward.” And he added that he “respectfully disagree[d]” with that view: Although the privilege is not absolute, Kavanaugh wrote, it must nonetheless be available for former presidents, even if the current president would allow the disclosure of the documents. A contrary conclusion, Kavanaugh cautioned, “would eviscerate the executive privilege for Presidential communications.”

Thomas did not write a dissent, but he noted that he would have granted Trump’s request to block the release of the documents.