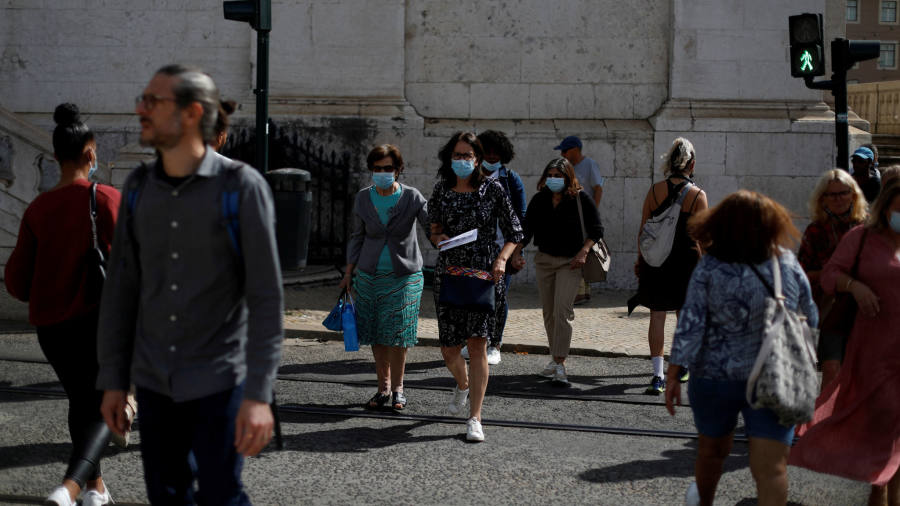 Ohio and Indiana reported their biggest jumps in infections on Thursday. Ohio added a further 3,590 cases over 24 hours, while Indiana had 3,649 new infections.

West Yorkshire, home to 2.5m people, became the latest area of England to be moved into the highest level of Covid-19 restrictions in England, tier 3.

California’s seven-day average of coronavirus deaths dropped to its lowest since April on Thursday. Authorities attributed a further 66 deaths to Covid-19, down from 75 on Wednesday.

Illinois set a one-day record for new coronavirus cases, reporting a daily increase of more than 6,000 cases for the third time in six days.

North Carolina reported a record jump in cases. A further 2,885 people tested positive, up from 2,253 on Wednesday.

PizzaExpress has announced that it will cut a further 1,300 jobs after increasing infection rates across the UK prompted a series of new rules that have severely limited trade.

Arizona reported more than 1,000 new cases for the third day running on Thursday, for the first time in nearly three months. A further 1,315 people tested positive.

Biotech start-up Mammoth Biosciences, co-founded by recent Nobel prize winner Jennifer Doudna, is hoping new partnerships with MilliporeSigma and Hamilton Company will help it massively expand testing for coronavirus in the US.

ExxonMobil will dismiss 1,900 US employees as it looks to cut costs and slim down following this year’s pandemic-induced price crash.

Florida reported more than 4,000 new cases for the third day running. A further 4,198 people tested positive, up from 4,005 on Wednesday.

Spain’s parliament has approved another six-month state of alert that gives the government emergency powers aimed at curbing the rapid spread of Covid-19. “A long winter is coming,” said Spain’s minister of health.

Signed contracts to buy previously owned US homes fell in September, slipping from a record high even as demand remained “super strong”. Pending home sales were down 2.2 per cent from August.

Oil prices fell to their lowest since June on Thursday, slipping below $38 a barrel and taking losses for the week to almost 10 per cent.

Sweden is imposing local restrictions on almost half of its population, including the capital Stockholm and second city of Gothenburg, as the pandemic intensifies in the Scandinavian country.

The European Central Bank has left its monetary policy unchanged and decided not to inject more stimulus into the eurozone economy, despite a fresh surge in infections triggering tighter restrictions on activity in some of the bloc’s largest economies.

The US economy grew in the third quarter at its fastest pace in postwar history as activity bounced back from lockdowns, although output has yet to return to pre-pandemic levels. The jump in GDP was worth 33.1 per cent on an annualised basis.

New US jobless claims fell to 751,000 last week but remained at historically high levels, as the country faces a fresh rise in coronavirus cases that threatens the recovery of the labour market.

Kraft Heinz and Kellogg have lifted their financial outlooks for the year as the pandemic prompts consumers to turn back to processed fare they had previously been shunning in favour of fresher alternatives.

Moderna received $1.1bn of customer deposits for supplies of its potential Covid-19 vaccine in the third quarter, after signing contracts in the US, Canada, Japan and Israel.

Spotify added 6m paying subscribers in the September quarter as listening recovered from the lockdowns during the pandemic, when fewer people were driving and commuting.

Unemployment in Germany continued to fall in October, but economists warned that the latest “lockdown light” measures to contain the recent spread of coronavirus would send the job market into reverse.