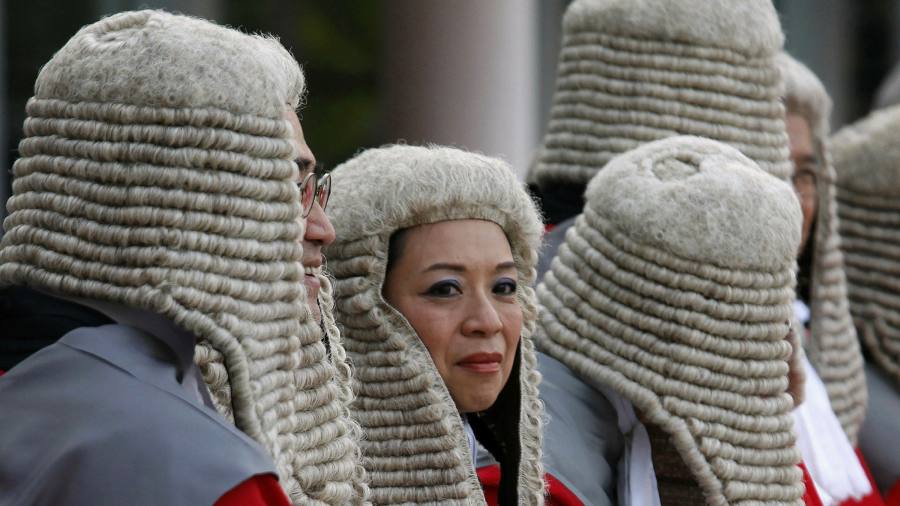 Large international corporations doing deals in Asia are considering excluding Hong Kong from legal contracts over concerns China’s tightening grip may impact rule of law in the territory, according to interviews with corporate advisers across the region.

Senior lawyers at 10 large law firms in Hong Kong, Tokyo and Singapore told the Financial Times they had seen a surge in queries from clients, mostly headquartered in the US and Japan, about whether to write Hong Kong out of governing law and arbitration clauses when conducting business in the financial hub or entering into joint ventures with Chinese and other Asian counterparties.

“I’ve fielded this question four times so far this year,” said the head of an American law firm in Hong Kong, citing calls with large technology, pharmaceuticals and consumer products clients. “It’s a live issue. All sectors are asking the question and making an assessment.”

The managing partner of another US law firm in Hong Kong, who has worked in the territory for nearly a decade, said: “We are now getting a lot of questions from companies about this; it has never occurred before in my time. We have large private equity clients who never used to care about arbitration clauses coming to us with the simple question of ‘is it safe to leave Hong Kong as the seat [of arbitration]?’”

“For Japanese clients who have always had some concerns about arbitration in China, the questions are becoming more acute with respect to Hong Kong,” said Yoshimasa Furuta, a senior partner at Anderson, Mori & Tomotsune, one of Japan’s big four law firms. “We are now getting Japanese companies directly asking us whether we think it is safe to use Hong Kong as a seat of arbitration.”

He added that clients drawing up contracts “especially on a 10-20 year horizon” are increasingly thinking about alternative jurisdictions like Singapore for their arbitration.

A “governing law” clause allows companies entering into a contract to agree on which country’s laws will manage how they will conduct business. An arbitration agreement requires the parties to resolve any future disputes at an arbitral centre in a particular jurisdiction. Parties to a contract can choose any governing law or arbitration centre.

“At some of our clients, particularly wealthy Japanese clients, there is now a strong move not to have Hong Kong as the governing law or the seat of arbitration,” said the senior partner of a large law firm in the former British colony.

He said negative attention on Hong Kong’s judiciary, such as an announcement by Britain that it may pull its judges out of the territory’s highest court, as well as enhanced marketing by rival arbitration centres, “had twisted Hong Kong to look like an unfavourable jurisdiction” for business disputes.

Hong Kong’s legal system and judiciary have been under pressure since Beijing tightened control over the territory by imposing a national security law last year to crack down on anti-government protests. Arrests of pro-democracy campaigners, opposition politicians and journalists have led to questions over whether Hong Kong’s legal system may be compromised. In September, Australian judge James Spigelman resigned from Hong Kong’s Court of Final Appeal citing unspecified reasons relating to the security law. The move prompted a renewed debate about judicial independence.

Several of the lawyers interviewed rejected concerns. A number of lawyers said they had advised clients considering “writing out” Hong Kong from contracts to stick with the territory. They cited benefits including an enforcement agreement between Hong Kong and mainland China that means awards made by their respective arbitral centres will be upheld.

“Everyone is conducting the assessment but we are often [saying] not to deviate from Hong Kong, particularly on shorter contracts,” said one litigator. However, if a client was entering into an infrastructure contract that could last several decades “then they have got to be thinking about where Hong Kong will be by that time”.

For international companies and financial institutions operating in the territory, the city’s legal system has served as a guarantee that they can enforce contracts against Chinese state-owned enterprises and companies linked to mainland officials. In mainland China, the judicial system is subservient to the ruling Communist Party and its 92m members are often effectively above the law.

In 2019, the Singapore International Arbitration Centre received 479 new case filings, a record for the centre. The Hong Kong International Arbitration Centre held 503 cases that year, fewer than the previous two years but above 2016 levels. The number of contracts switching to using Singapore’s arbitration centre will not be seen in the statistics for several years. But safety fears during protests in Hong Kong in 2019 had already prompted some firms to shift arbitration hearings out of the city.

A Japanese lawyer said: “What has happened now is that the last 18 months have accelerated a trend towards Singapore, perhaps dramatically.”

Additional reporting by Stefania Palma and Mercedes Ruehl in Singapore