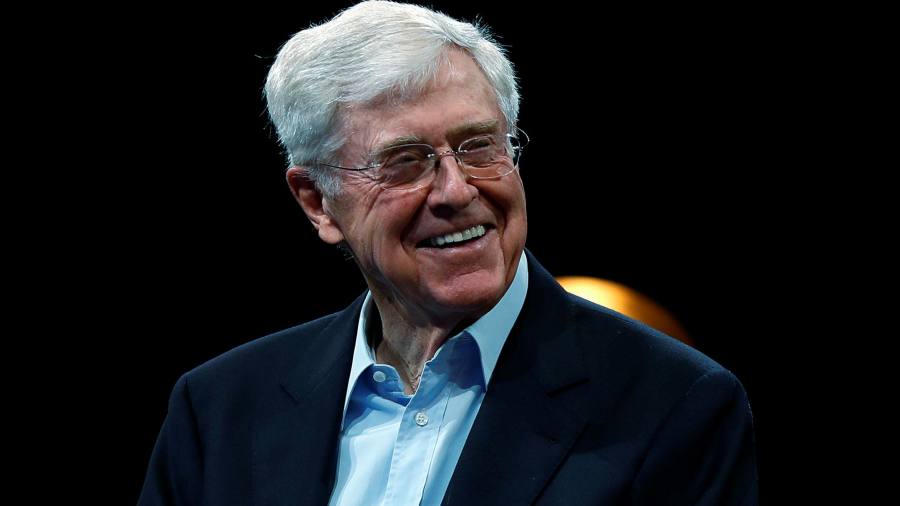 There’s an old joke about a man who goes to confession and asks forgiveness for stealing £300. When did you steal it, asks the priest. “One hundred pounds last week, £100 the week before – and £100 next week,” comes the reply.

Charles Koch is like that man with his regrets. The US chemicals billionaire is the kind of villain that Bond films would have if the scriptwriters didn’t want anyone to watch them. He is grey and relentless. And unlike a Bond villain, he has executed much of his plan – by successfully opposing environmental regulation and donating to madcap Republican politicians.

His opponents have long wanted a reckoning. And in his new book, Believe in People, Mr Koch seems to repent for his hyper-partisanship. “Boy, did we screw up. What a mess!” he says. By George, I think he’s got it!

But it’s a mirage. Mr Koch explains that he was unhappy that some hardline Republicans he supported turned out to be anti-immigration. Tell me about it – I donated to the National Rifle Association and they turned out to be pro-gun.

Mr Koch’s mea culpa would be more convincing were his money not still flowing to Trump diehards, including David Perdue, a Georgia senator who made conveniently timed stock trades. Mr Perdue is no bipartisan: ahead of a January senate run-off, he has refused to accept Joe Biden’s victory.

I want to “believe in people”, but I draw the line at Mr Koch. His non-apology is far too convenient for a libertarian. By arguing that politics is screwed up, he provides another reason why the state should get out of the way.

What Mr Koch exemplifies is not humility, but the brazen lack of it. He is not alone. Spend a few minutes on social media, and you can find people who owe us all an apology. “Coronavirus isn’t going to kill you. It really isn’t,” former Tory MEP Daniel Hannan tweeted and then deleted in February. Undeterred, he now questions whether lockdowns reduce death rates.

Thanks to internet search functions, it is easier than ever to point out people’s errors and hypocrisy. But to what end? We yearn for the day when hardline Brexiters, Trumpists or lockdown sceptics collapse under the evidence. That day will probably never arrive.

Will Florida voters regret opposing climate change action when their coast becomes uninhabitable? Will voters in Kent regret a hard Brexit when their roads are choked with lorries? Past experience, and basic psychology, suggest not. Most people never take the road to Damascus.

Have the words “I told you so” ever played a useful role in human history? Not judging by my own domestic experiences.

A few years ago the psychologist Jordan Peterson became a publishing sensation with his book 12 Rules for Life. Whatever these rules were – and I confess I’ve wiped them from my mind – they were fairly dubious.

He can waffle heroically on various subjects: he has a two-part podcast in which he performs a Jungian analysis of Disney’s The Lion King. But when his most controversial views face scrutiny, even he often struggles to defend them.

Will Mr Peterson ever change his tune? It seems unlikely. He is coming back with a new book, whose subtitle – 12 More Rules for Life – suggests he hasn’t rethought the previous 12. It’s a missed opportunity, and yet I struggle to feel too outraged. If our driving motivation in life is to scream “I told you so”, we need a better one. Some people will never really admit their faults, even with their priest.