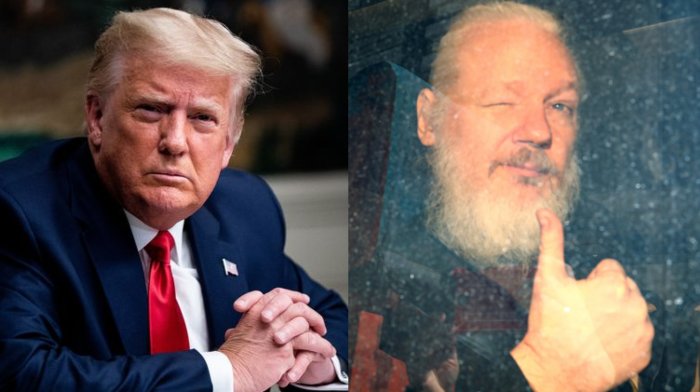 Speculation is mounting as to a possible extravaganza of pardons coming from President Trump, following his pardon of General Flynn.

Trump Has Not Granted Many Pardons During His Time In Office

This week, President Trump pardoned his former National Security Advisor, General Mike Flynn, who had been charged with lying to the FBI in 2017 during the Russiagate scandal.

“Congratulations to General Flynn and his wonderful family, I know you will now have a truly fantastic Thanksgiving!” the President tweeted.

It is my Great Honor to announce that General Michael T. Flynn has been granted a Full Pardon. Congratulations to @GenFlynn and his wonderful family, I know you will now have a truly fantastic Thanksgiving!

Following the pardon of Flynn, there has been much speculation as to who might be next on the President Trump’s pardon list.

The President has used the pardon power extremely sparingly during his time in office, with 29 pardons to date and 45 acts of clemency in total.

In comparison, President Obama granted 1,927 acts of clemency, and 212 pardons.

President Trump’s numbers are the lowest of any president since President William McKinley took office back in 1897.

Trump’s pardon of Michael Flynn is his 29th to date and his 45th overall act of clemency (including 16 commutations). So far Trump has used his clemency power less than any POTUS in 120+ years, but there’s still plenty of time left in his term. https://t.co/LpzA6CixMJ pic.twitter.com/iOooRa0HJk

Gaetz: The President Should Wield That Power “Effectively And Robustly”

“You see from the radical left a bloodlust that will only be quenched if they come after the people who worked so hard to animate the Trump administration with the policies and the vigor and the effectiveness that delivered for the American people,” he concluded.

President Trump should pardon Flynn, the Thanksgiving turkey, and everyone from himself, to his admin, to Joe Exotic if he has to.

The Left has a bloodlust that will only be quenched if they come for those who fought with @realDonaldTrump to deliver for the American people. pic.twitter.com/wdTfu3Xwmp

Some suggestions of those who could receive pardons include the two former Trump campaign advisors, Rick Gates and George Papadopoulos, who were both convicted from cases relating to the Russia investigation.

Roger Stone had his sentence commuted, but was never pardoned.

There is a current bipartisan push from people across the spectrum for the President to pardon both Edward Snowden and Julian Assange.

Representative Tulsi Gabbard said the President should consider pardoning the pair, as they had “at great personal sacrifice exposed the deception and criminality of those in the deep state.”

.@realDonaldTrump Since you’re giving pardons to people, please consider pardoning those who, at great personal sacrifice, exposed the deception and criminality of those in the deep state. https://t.co/aeXklUsNSd

Gabbard was joined by Gaetz, as well as Representative Thomas Massie in their requests.

We are grateful to those who have exposed ways that our government has lied to and knowingly harmed the American people.

We join with @TulsiGabbard, @mattgaetz, and @RepThomasMassie in calling for a complete pardon for Edward Snowden and Julian Assange.#Thanksgiving https://t.co/qVXMkWUrjk

Snowden himself tweeted that he has seen “more calls for pardon this year than in all others,” and that “no other issue in our time unites left, right, and centre like the struggle to end governments’ abuse of mass surveillance and secrecy.”

I have seen more calls for pardon this year than in all others combined. No other issue in our time unites left, right, and center like the struggle to end governments’ abuse of mass surveillance and secrecy, and that would not be true without you — and your advocacy. Thank you.