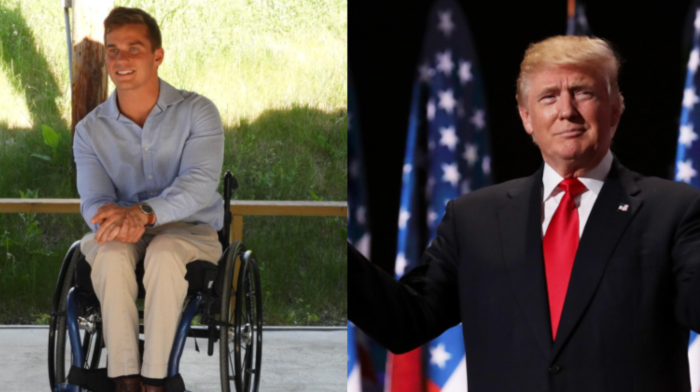 Republican Congressman-elect Madison Cawthorn of North Carolina, set to be the new youngest member of Congress, will contest the Electoral College results on January 6th.

Cawthorn: “I Will Fight!”

Speaking at Turning Point USA’s annual Student Action Summit in Florida, Cawthorn made the announcement that he would contest the Electoral College results on January 6th, resulting in cheers from the crowd, and chants of “USA!”

“I’ve been studying our Constitution. It says that state legislators are the only body that can change election law within their own states,” Cawthorn said, telling the crowd of his logic, and noted that “liberal swing states” had “broken the law” by changing electoral law through executive mandate.

Not doing this to help my career in Washington, in fact this will most likely harm it. But no one should go to Washington as a career. Go there to serve the people. And on behalf of the people I am contesting this election based on constitutional violations by key states. pic.twitter.com/puDmUZAbaw

In November, a Pennsylvania judge ruled that the state’s Secretary of State, Kathy Boockvar, did not have the legal authority to change the ballot identification deadline at short notice. Similar instances occurred in other states.

Cawthorn clarified his position in a series of subsequent tweets following his speech.

“The right to vote in a free and fair election is the cornerstone of our Republic,” he argued. “Attempts to subvert the Constitutional authority of state legislatures to conduct elections strikes at the very heart of representative government.”

“No US Representative, who believes in the inviolability of the right to vote and the sacredness of every citizen’s right to equal protection under the law, can stand by and ignore substantial allegations of voter fraud,” Cawthorn concluded.

The right to vote in a free and fair election is the cornerstone of our Republic. Attempts to subvert the Constitutional authority of state legislatures to conduct elections strikes at the very heart of representative government. I choose to stand in the breach, to fight for us. https://t.co/qmgG8o7qtF

No U.S. Representative, who believes in the inviolability of the right to vote and the sacredness of every citizen’s right to equal protection under the law, can stand by and ignore substantial allegations of voter fraud.

I for one, will not be silent. I will fight. Will you?

Cawthorn declared that any Republican now who was not on the record “calling for fair, free, and just elections now and in the future,” would be subject to a primary challenge, funded by himself.

“For way too long the Republican Party has just been the party of no. They have always conceded things. They’ve let God out of our schools, they have let socialism creep into our country. When I look into this crowd, I see the new Republican Party,” Cawthorn told the audience of young conservatives.

Cawthorn now joins a number of current Representatives and Congressmen-elect who will be challenging the results, such as Rep.-elect Barry Moore and Rep.-elect Marjorie Taylor-Greene (in joining the effort, which was pioneered by Rep. Mo Brooks.)

Many of those joined President Trump for a meeting to discuss a challenge to the Electoral College votes on Monday.

Big meeting today with @realDonaldTrump, @VP, the President’s legal team, @freedomcaucus and other Members of Congress.

I will lead an objection to Georgia’s electors on Jan 6.

The courts refuse to hear the President’s legal case.

We’re going to make sure the People can!

Just left the Oval with @realDonaldTrump and several other members of Congress. Stay tuned… https://t.co/IVoXhE8BSc

My freshman class is a solid group of fighters.@RepBarryMoore was on board immediately to #StopTheSteaI on Jan 6th.

We have more coming!

Rep. Brooks said the nearly three-hour meeting was “a back-and-forth concerning the planning and strategy for January the 6th” and implied that “multiple” Senate Republicans are also on board with the effort.

The national media and fact-checkers insist there is no evidence of widespread voter fraud.