By Anastasia Boden and Elizabeth Slattery 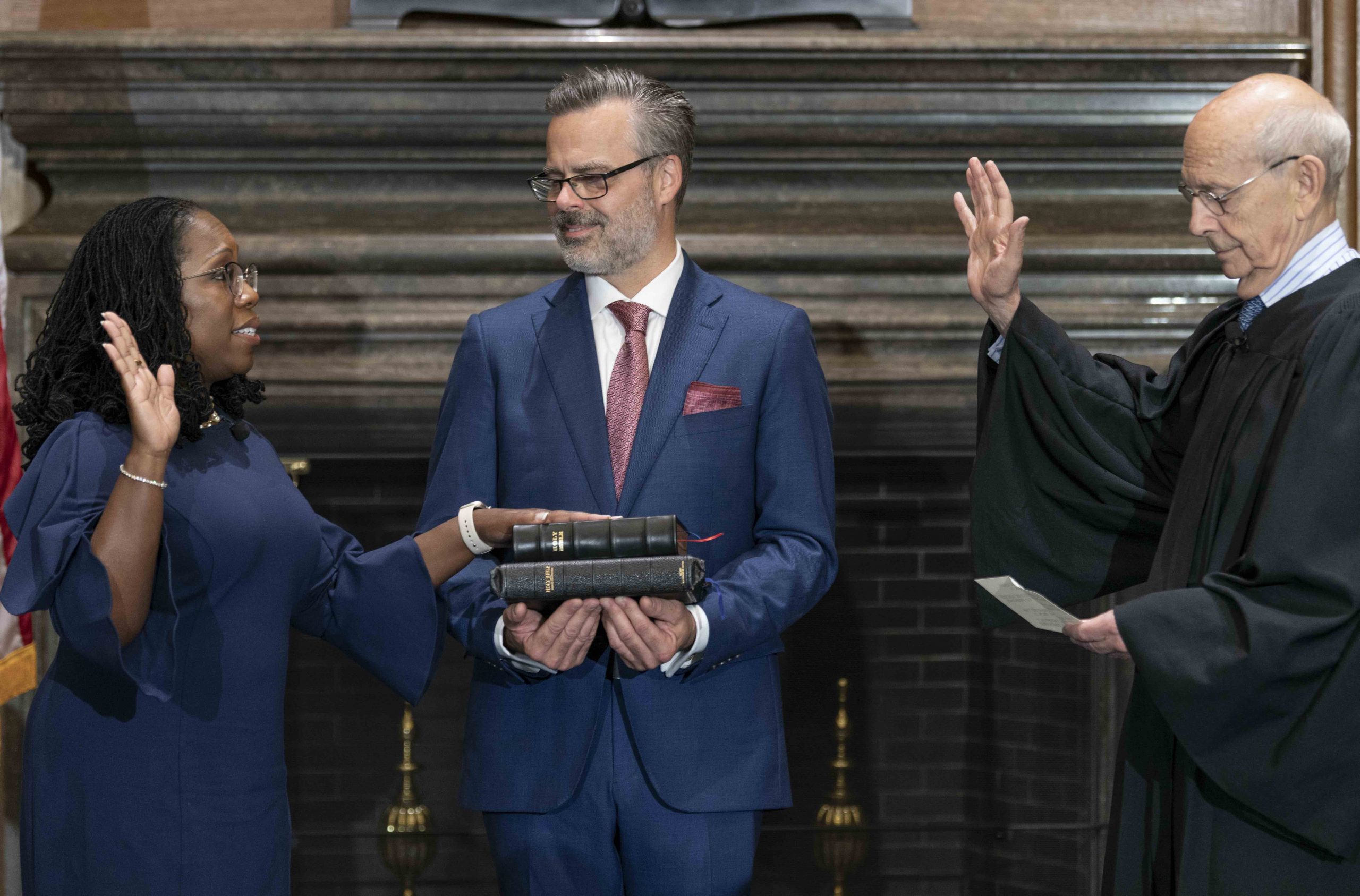 Justice Stephen Breyer retired on June 30 after 28 years on the court. This article is the final entry in a symposium on his jurisprudence.

Anastasia Boden is a senior attorney and Elizabeth Slattery is a senior legal fellow at Pacific Legal Foundation, a nonprofit legal organization that defends Americans’ liberties when threatened by government overreach and abuse. They also host Dissed, a podcast about the Supreme Court.

Perhaps one of the worst accusations that can be thrown at a judge is that they’re inconsistent, since it implies that the judge is ruling according to his or her whim rather than the rule of law. For Justice Stephen Breyer, consistency was key: For better or worse, democracy was his guiding principle.

This multifactor test-loving, long hypothetical-asking justice was a consistent defender of democracy, even if it sometimes led him to disregard individual rights in favor of whatever came out of the political process. This tendency revealed itself in his First Amendment jurisprudence. Though the right to free speech is explicit in the Constitution and generally well protected by judges, Breyer believed speech should only enjoy strong protection if it is political speech or otherwise vital to furthering democracy. Things like commercial speech or professional speech, he said, were less important.

Because of this abiding faith in democracy, Breyer has spoken publicly about the importance of civic participation and education. He has repeatedly urged Americans to learn about the nation’s history, its founding documents, and the Civil Rights movement. He even once suggested that lower-court trials be brought into the home through live broadcast. And rather than seeing the Constitution as a document that puts principles above political squabbles, he once said it established a means for people to work out their political differences. Whatever came out of that process was law.

His devotion to democracy (he even wrote a book about it) explains decisions that, at first blush, might seem contradictory. Breyer supported affirmative action, once saying that his vote to uphold racial preferences in Grutter v. Bollinger was one of the most important cases he participated in. But he also voted with the majority in Schuette v. Coalition to Defend Affirmative Action to uphold an amendment to Michigan’s constitution that prohibited state universities from considering race in admissions. While he believed that affirmative action was constitutional, he also refused to block a democratic attempt to limit it. His deference to legislatures was not limitless, however, and did not extend to cases involving abortion and capital punishment.

In some ways, his “judicial modesty” was another form of what, on the right, is often called judicial restraint. Both philosophies are based on the premise that courts should defer to the more democratic legislative branch. And indeed, though he was considered a “liberal” justice (Breyer himself dislikes the term because it implies the court is political), he is widely considered a moderate and sometimes voted with justices of very different views. In Schuette, for example, he voted with Chief Justice John Roberts and Justices Antonin Scalia, Anthony Kennedy, Clarence Thomas, and Samuel Alito, while Justices Ruth Bader Ginsburg and Sonia Sotomayor dissented (Justice Elena Kagan was recused). A recent study found him the least liberal of the other Democrat-appointed justices he recently served with.

There were even several times he agreed with the libertarian Pacific Legal Foundation (where we work). He sided with the organization in four of its Supreme Court victories (Suitum, Sackett, Hawkes, and Weyerhaeuser), all of which involved property rights or environmental law, and he joined the court in granting review, vacating the judgment, and remanding back to the lower court an important property rights case (Pakdel).

He also joined the conservatives in cases upholding religious monuments on government property, siding with the cake baker who refused to make a custom wedding cake for a same-sex couple, and ruling for Catholic Social Services when the city of Philadelphia shut the agency out of foster care placement because it wouldn’t recommend placements with married same-sex couples.

In losing Breyer, the court will also lose a good deal of humor. He’s famous for asking long, intricate, and often amusing hypothetical questions at oral argument that are intended to draw out the implications of the advocate’s position. In Gonzales v. Raich, a case testing the limits of Congress’ commerce power, Breyer set out to show that, in his view, a law regulating intrastate activity could have far-reaching effects. The case involved a woman who had cancer and grew medicinal marijuana for her own personal use. At oral argument, he asked Georgetown Law Professor Randy Barnett, to imagine that a person:

You know, he grows heroin, cocaine, tomatoes that are going to have genomes in them that could, at some point, lead to tomato children that will eventually affect Boston.

Bostonian tomato children? A creative hypothetical, for sure. As Breyer later said, “An odd example can call particular attention to the point you want to explore when interpreting statutes.” He wanted to know how the advocates’ arguments would play out in the real world … or sometimes the extraterrestrial world.

In Cedar Point Nursery v. Hassid, Breyer offered a surprising hypothetical to our colleague, who was arguing on behalf of two fruit nurseries. The issue was whether a state law allowing union organizers to trespass on the nurseries’ private property for three hours a day, 120 days a year, constituted a taking that required compensation under the Fifth Amendment. Some of the justices worried that if they deemed the law a taking, it might implicate the government’s ability to conduct administrative searches, which also allow third parties to access private property.

Our colleague’s response was that administrative searches are distinguishable because they were allowed at common law, and common law informs the bounds of the Fifth Amendment. In response, Breyer said:

I don’t mean to sound facetious or sarcastic, but I was trying to think of an example. [Imagine] people now have in 15 years their own private spaceships or their own electric cars or their own driverless cars, and there’s a law that says people can go in, the inspectors, the gas station. If you keep your car without using it inside your property for 10 years, they want to go inspect it. They have to do that because it might blow up. They had no spaceships at common law.

His point was there might be things that were not authorized at common law but that everyone would agree should not be considered a taking. So, Breyer naturally turned to space. (Our colleague responded that what matters is the principle, not the technology available at any one time).

In addition to his creative and frequently long hypotheticals, Breyer was known for being a fan of multifactor balancing tests rather than bright-line rules. Last term, in Mahanoy Area School District v. B.L., also known as the cursing cheerleader case, the court considered whether public schools can constitutionally punish students’ off-campus speech. Writing for the majority, Breyer refused to come up with a bright-line rule, instead offering a three-part test for determining whether the speech could be regulated.

He didn’t care about neat lines, he cared about practicalities. And it’s because of his measured, inquisitive, and pragmatic nature that the court is losing one of its most interesting justices.