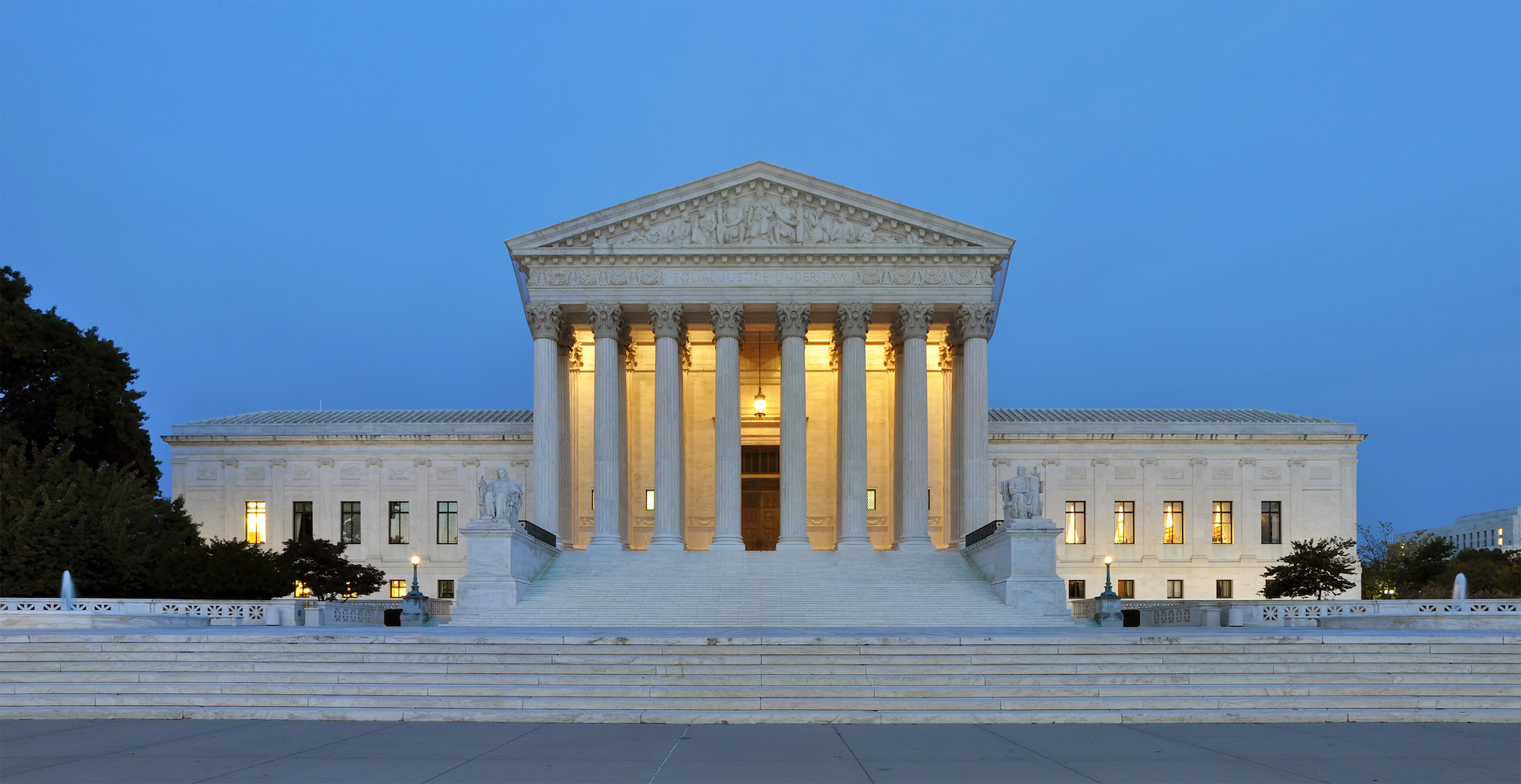 More than 80 amicus briefs were filed in New York State Rifle & Pistol Association v. Bruen, the major Second Amendment challenge to a New York law that requires people to show “proper cause” for a license to carry a concealed handgun in public. The briefs come from professors, politicians, states, cities, and interest groups from across the ideological spectrum. We reviewed them all, identified some of the most noteworthy and novel arguments, and summarized them in the guide below.

The case will be argued on Wednesday. For background on the case and a summary of the parties’ arguments, check out Amy Howe’s preview for SCOTUSblog.

Various professors and interest groups argue that the Second Amendment, interpreted through the lens of history, guarantees a robust right to carry guns in public. Professors of Second Amendment law and the Bay Colony Weapons Collectors argue that the founders deliberately broadened English gun rights, which, The Firearms Policy Coalition at George Mason University writes, already provided for the right to carry a weapon in public for self-defense. Professors Robert Leider and Nelson Lund and the Buckeye Firearms Association write that the 1328 Statute of Northampton — a medieval English law that some gun-control advocates say reflects a centuries-long tradition of regulating weapon in public — merely prohibited carrying arms when doing so created public terror. They write that under later American common law only the “abuse” of the right to carry arms was criminalized. “There is no tradition of prosecuting people under the common law when they carried arms for lawful purposes.”

The Black Attorneys of Legal Aid, the Bronx Defenders, and Brooklyn Defender Services, three New York public-defender groups, argue that the gun-licensing regulation is, in effect, a discriminatory policy. The groups represent hundreds of indigent people a year who are criminally charged in New York for gun possession. Virtually all of these clients are Black or Hispanic. “For our clients, New York’s licensing regime renders the Second Amendment a legal fiction.” The brief argues that the regulation effectively criminalizes gun ownership for racial and ethnic minorities, based on its enforcement by police and prosecutors.

Other groups that filed briefs on the basis of discrimination claims include the Italo-American Jurists, the African American Gun Association, and Black Guns Matter. The latter writes that the proper-cause requirement is devoid of any objective standard and therefore open to arbitrary and discriminatory use.

The DC Project Foundation, Operation Blazing Sword—Pink Pistols, and Jews for the Preservation of Firearms Ownership as well as The Independent Women’s Law Center argue that applicants belonging to marginalized groups, including women, LGBTQ+ people, religious minorities, and people of color, inherently face a unique danger to their lives and therefore should have greater access to firearms.

Weakness Of ‘Proper Cause’

A group of 26 state attorneys general argue that the subjective nature of the proper-cause test “fails muster under any level of scrutiny” because it requires license applicants to prove they “have already become victims of violent crimes” before they can carry a firearm to protect themselves against that violence. The National Shooting Sports Foundation joins this sentiment in arguing that a “special need” should not be required to exercise a constitutional right. Three retired police officers who are plaintiffs in federal civil rights lawsuits on Second Amendment rights argue that the proper-cause requirement gives “unbridled discretion” to non-elected licensing officials.

Views Of The Framers

Sen. Ted Cruz, R-Texas, and 24 other senators contend that the drafters of the Second Amendment weighed the competing interests associated with owning and carrying firearms and came down on the side of robust gun right. They argue that legislators do not have the authority to “second-guess the policy judgments made by the Framers and enshrined in the Constitution.”

The Cato Institute calls on the court to create a clearer standard for lower courts to follow in interpreting the Second Amendment. In particular, Cato urges the court to reject the “interest-balancing test” that many circuits have adopted and to reaffirm that restrictions on gun rights must be reviewed according to the amendment’s “text, history, and tradition.” Similarly, Gun Owners of America and the Center for Defense of Free Enterprise, et al. argue that the court should hold that the scrutiny applied in Second Amendment cases is the same as that applied to other rights.

The Gun Rights Foundation argues that the court should adopt a text-based framework for Second Amendment challenges and emphasize the “original public meaning of the constitutional text, as informed by history and tradition.” Similar arguments are made by the California Gun Rights Foundation. FPC American Victory Fund, et al., the Second Amendment Foundation, et al., and the NRA Civil Rights Defense Fund provide interpretations of the amendment’s language.

Seventeen English and American history and law professors write that Anglo-American history does not support an unrestricted right to carry firearms in public in the broad interest of self-defense. Centuries of law in both countries, they write, has restricted public carry, especially in populated areas, to preserve public peace. The scholars cite the Statute of Northampton, which forbade carrying weapons in places such as “Fairs” and “Markets.” This reflected the monarch’s monopoly on violence, and those who did go armed in public were viewed as threatening the “King’s Peace.” The statute was in force over the centuries leading up to the American Revolution, and that tradition was brought into American law. “As in England, the right to keep and carry arms in the United States has always been weighed against preservation of the public order and peace.” The “King’s Peace” was republicanized into the “People’s Peace” and, the scholars argue, this gives power to the people, acting through representatives, to broadly regulate the carrying of firearms in public. “The historical record plainly demonstrates that New York’s “good cause” law is not a historical aberration; on the contrary, it is reflective of a long Anglo- American tradition of broad restrictions on carrying dangerous weapons in public.”

Various groups argue that removing restrictions on firearms will jeopardize First Amendment rights. The Giffords Law Center writes that experience shows that unrestricted public-carry rights will “chill rights of speech, assembly, and prayer (especially for groups including women and racial minorities).” A large group of clergy and other faith leaders argue that the increased threat of gun violence in recent years has disrupted citizens’ free exercise of religion. They note that groups of common identities that gather in houses of worship may be particularly vulnerable to deadly hate crimes involving firearms. Sens. Chuck Schumer and Kirsten Gillibrand, D-N.Y., and 150 other U.S. senators and representativesunderscore the threat to democratic principles by noting that, but for D.C.’s restrictions on out-of-state visitors carrying guns in public, the Jan. 6 riot at the Capitol might have been even more deadly.

The nonprofit organization Brady draws on John Locke’s Second Treatise to argue against the conservative originalist framework. The right to safety  Brady writes, is a fundamental constitutional right and was a primary concern of the founders. This, the group argues, comes out of Locke’s theory of the social contract: that by joining political society, individuals give up the right to defend themselves however they like in exchange for protection from the state. “Treating the Second Amendment as blanket permission to carry guns in the public square — as Petitioners urge — would render the social contract illusory.” The group adds that modern guns are faster, more forceful, and more widely used than at the country’s founding. Therefore, the public is at greater risk and requires greater protection from the state than in the 18th century.

A group of linguistics scholars describe developments in the field of corpus linguistics, which did not exist when District of Columbia v. Heller and McDonald v. City of Chicago were decided, that have allowed for a new understanding of the language used in the Second Amendment. Researchers in American and English history have digitally compiled thousands of Founding-era texts, making it possible, for the first time, to search and examine specific terms and usage from the period. The resulting evidence demonstrates that “keep and bear arms” had a “collective, militaristic meaning” in the late 18th century. The scholars write that, consistent with that meaning, Founding-era voters would have understood the right to be subject to regulation.

A group of criminal law scholars provide background on the use of self-defense in the criminal legal system. Self-defense has never been recognized as a personal right to use lethal force outside the home; rather, it is a regulated defense to criminal charges, to reduce criminal penalties. The scholars’ brief provides an overview of judicial opinions on self-defense as the “core” of the Second Amendment, a historical account of the limits of self-defense in English law and America, and the variation of self-defense laws state to state. They argue that because the meaning of self-defense varies across jurisdictions, states must necessarily retain the right to tailor their firearms regulation.

Everytown for Gun Safety provides a detailed analysis of the challengers’ historical citations, arguing they are mistaken, particularly in relation to law in the post-Civil War South. “Those overtly racist laws in no way undermine the separate tradition of regulating public carry by all citizens. And the petitioners’ attempt to characterize New York’s law as discriminating against Italian-Americans is simply mistaken.” Everytown argues that there is a long and uncontested history of laws regulating public carry. “To set aside the body of historical evidence in this case, while claiming the mantle of originalism, would only serve to diminish [originalism] — reducing the methodology to little more than an exercise in picking out one’s friends in a crowd of historical sources.”

A group of prominent Republican lawyers, J. Michael Luttig, Peter Keisler, Carter Phillips, and Stuart Gerson, argue that the court’s precedents make clear that the right to bear arms is “not infringed by laws prohibiting the carrying of concealed weapons” and that history, text, and tradition demonstrate that the right to bear arms in public has never been unrestricted. They also point to founding-era gun-carry statutory restrictions. Further, the group writes that the court has no authority to prevent legislatures from passing restrictions to reduce gun violence in public. “Consider how, for example, statutory restrictions in the District of Columbia on public-places carry reduced the violence and bloodshed on January 6, 2021.”

The Biden administration argues that the Second Amendment’s protection of the right to bear arms is not absolute. Text, history, and tradition cannot conclusively determine the validity of laws adopted to address modern conditions. Instead, the government calls on the court to use the test of intermediate scrutiny. Federal law illustrates the type of constitutional gun regulations states may adopt, such as disarming felons, forbidding carrying of arms in sensitive places, and regulating commerce in arms. New York’s proper-cause requirement, the government argues, fits squarely within a centuries-long tradition of regulation addressing the risk of the public carrying of concealed or concealable arms. Further, the regulation satisfies intermediate scrutiny because it “serves public-safety interests of the highest order,” applies only to carrying in public, covers handguns and not most rifles and shotguns, and does allow for people with a self-defense need to carry a gun.

Amicus briefs supporting neither side

A group of Second Amendment law professors filed a brief supporting neither side, arguing that the historical record will be ambiguous with respect to many modern laws regulating guns. “Grounding the Second Amendment entirely in history and tradition would leave the courts in many cases with little guidance.” Similarly, Patrick Charles, a senior historian and legislative fellow for the United States Air Force, urges the court to take care when using historical evidence. Since Heller, litigants of Second Amendment cases have increasingly advanced unsubstantiated historical claims, he writes. “Historical claims based on conjecture are, with all due respect, nothing more than historical fiction.”