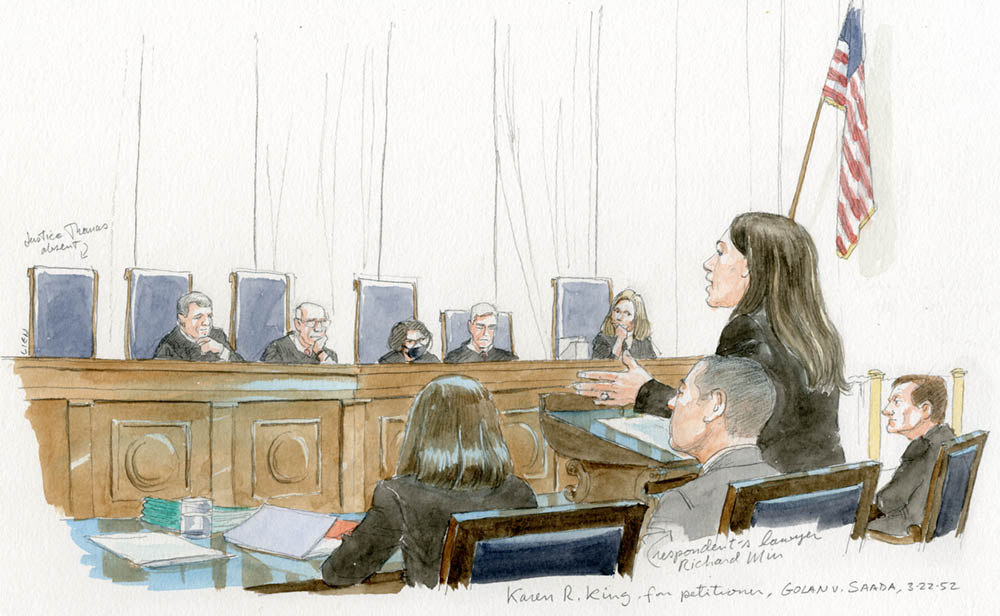 Justice Clarence Thomas did not participate in four oral arguments this week while he was in the hospital. (Art Lien)

After nearly a week in the hospital, Justice Clarence Thomas was released on Friday morning, the Supreme Court announced. The court’s public information office did not provide any additional information about the health of the 73-year-old jurist.

Thomas was hospitalized on the evening of Friday, March 18, with what the Supreme Court described as “flu-like symptoms,” and he was diagnosed with an “infection.” In a press release on Sunday night, the day before the justices were scheduled to take the bench for the start of the March argument session, the court indicated that Thomas was “resting comfortably” and expected to be released “in a day or two.” However, Thomas was not discharged until Friday morning, and the public information office did not respond to a question on Thursday seeking more details about the nature of Thomas’ infection.

Thomas and his wife, Ginni, are in the public eye this week for another reason. On Thursday, the Washington Post reported on text messages between Ginni Thomas and Mark Meadows, the chief of staff to then-President Donald Trump, in which Ginni Thomas urged Meadows to pursue efforts to overturn the 2020 presidential election. Clarence Thomas later participated in cases related to the election and the Jan. 6, 2021, attack on the Capitol. Earlier this year, Thomas dissented from the court’s decision to allow a congressional committee to obtain White House records related to the Jan. 6 attack that were held by the National Archives. The Ginni Thomas text messages are among documents that Meadows separately turned over to that committee.

The morning read for Wednesday, May 18

The morning read for Monday, May 16