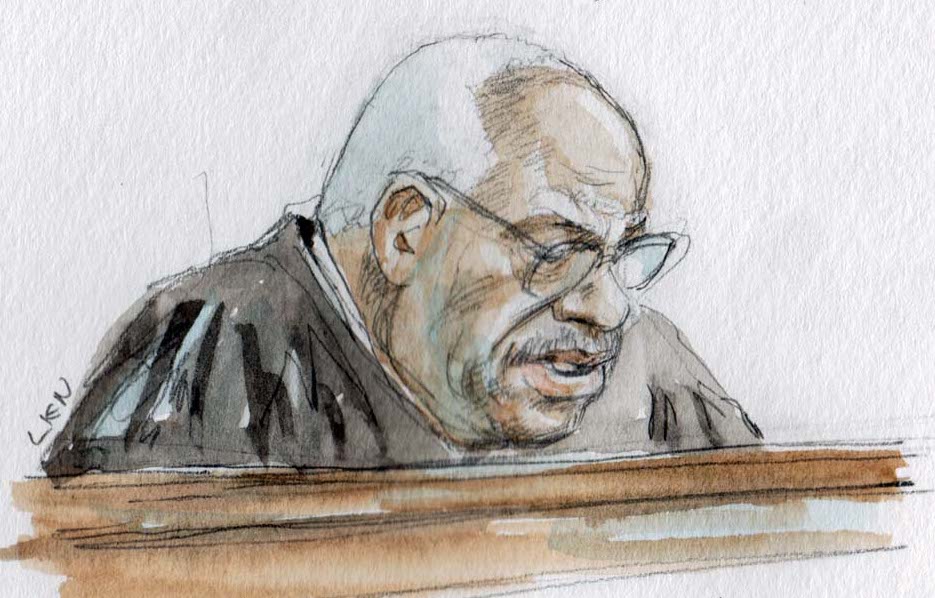 Justice Clarence Thomas, depicted here announcing an opinion in 2018, dissented from the denial of review in Shoop v. Cunningham on Monday. (Art Lien)

Over a blistering dissent from Justice Clarence Thomas, the Supreme Court on Monday declined to review a ruling by a federal appeals court that granted a new evidentiary hearing to a death-row inmate who says his trial was tainted by juror bias. In a 14-page opinion, Thomas – joined by Justices Samuel Alito and Neil Gorsuch – castigated the U.S. Court of Appeals for the 6th Circuit, writing that petitions like the one in Shoop v. Cunningham came to the Supreme Court “with depressing regularity.”

The Thomas opinion was part of a list of orders released on Monday morning from the justices’ private conference on Nov. 10. The justices on Thursday afternoon added one new case from that conference to their merits docket for the 2022-23 term; they did not grant review in any additional cases on Monday.

The state of Ohio had asked the justices to overturn a ruling by the 6th Circuit in favor of Jeronique Cunningham, who was sentenced to death for the murders of three people. After his efforts to overturn his conviction and death sentence in state court were unsuccessful, Cunningham went to federal court, where he argued that the foreperson of his jury had received information about him outside the trial – from social workers who reportedly knew Cunningham and “were afraid of him” – and had a relationship with the victims’ families.

The 6th Circuit ruled that the federal trial court should have held an evidentiary hearing to address Cunningham’s juror-bias claims. That prompted the state to come to the Supreme Court, which on Monday left the court of appeals’ ruling in place.

Thomas decried the 6th Circuit’s decision as “more than an error – it is an injustice” that “shows profound disrespect, not merely to the state” but also to members of the jury as well as the victims and their families. He argued that his colleagues had “shirk[ed] our responsibility to correct classic” abuses of federal habeas law – the body of law that allows inmates to challenge their convictions based on new evidence or constitutional violations. But the primary problem, Thomas concluded, was that the court of appeals “must do better, with or without this Court’s help.”

The justices have reversed 6th Circuit decisions granting habeas relief in numerous cases in recent years. And Thomas has previously dissented in other cases in which his colleagues declined to do so.

The justices will meet again for a private conference on Friday, Nov. 18.