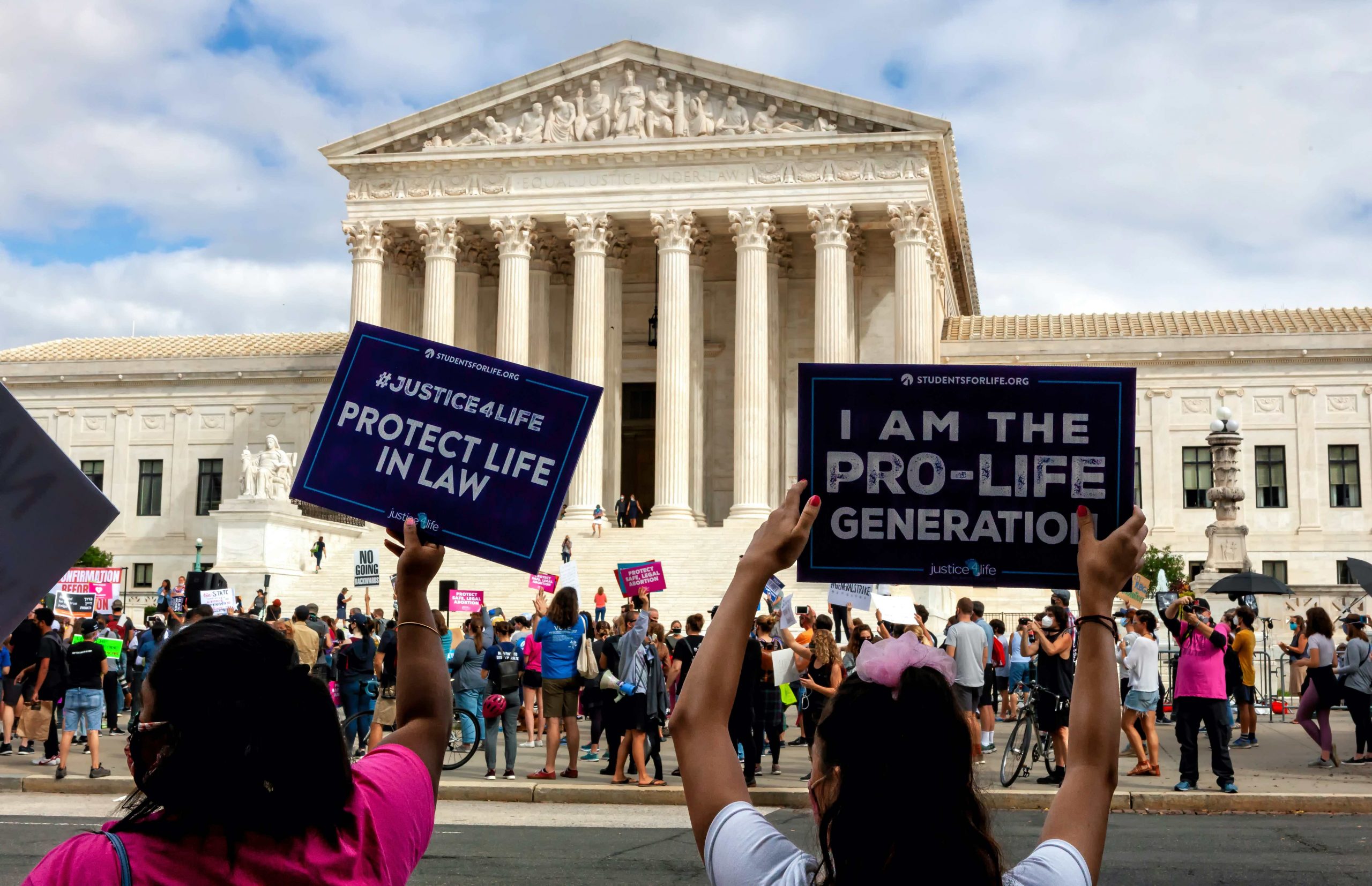 Lawyers for the state of Texas urged the Supreme Court on Thursday to leave a Texas law that imposes a near-total ban on abortions in place. “Neither the federal government nor abortion providers are entitled to demand Texas write its laws to permit them to be challenged” in federal court before they are enforced, the state told the justices. But if the court opts to review the merits of the law on an expedited basis, Texas continued, it should use the case as an opportunity to overrule the court’s landmark decisions in Roe v. Wade and Planned Parenthood v. Casey, establishing the constitutional right to an abortion.

The filings came in two separate cases arising from the Texas law, known as S.B. 8. In United States v. Texas, the Department of Justice wants the Supreme Court to reinstate a decision of a federal district judge who declared the law unconstitutional and temporarily blocked it earlier this month. A federal appeals court put the district judge’s ruling on hold, prompting the DOJ to seek emergency relief at the Supreme Court on Monday.

In Whole Woman’s Health v. Jackson, Texas abortion providers have asked the Supreme Court to weigh in on the law’s unusual enforcement mechanism, which deputizes private individuals to bring lawsuits against anyone who either provides or “aids and abets” an abortion. In a rare procedural move, the providers urged the court to take up the question without waiting for a final ruling from the U.S. Court of Appeals for the 5th Circuit, where the case returned after the justices rejected the providers’ earlier request to block the law from going into effect.

Although the providers came to the Supreme Court in late September, the justices did not act on their request to fast-track consideration of their appeal for nearly a month. But shortly after the Biden administration filed its application on Monday to block enforcement of S.B. 8, the court ordered Texas officials to respond in both S.B. 8 cases by noon on Thursday – suggesting that the justices may act on both at the same time.

The court is also poised to hear argument in a separate high-profile abortion case on Dec. 1. That case, Dobbs v. Jackson Women’s Health Organization, involves a Mississippi law that bans most abortions after 15 weeks. Mississippi and its supporters have asked the court to overturn Roe and Casey.

In its filing on Thursday in the DOJ’s lawsuit, Texas argued that the federal government lacks a legal right to sue, known as standing. It isn’t enough, Texas contended, for the government to argue that S.B. 8 interferes with the government’s obligation to provide access to abortions in some situations, such as federal inmates. Such a scenario is “entirely hypothetical,” Texas suggested, particularly when Texas courts operate under the assumption that state laws do not apply to the federal government. And the broader interest in protecting the right to an abortion would not give the United States the right to sue, Texas added, because the federal government does not have a “duty” to protect that right.

Even if the federal government did have the right to bring the lawsuit, Texas continued, that lawsuit would still fail on the merits. Contrary to the government’s argument that S.B. 8 is trumped by federal law, Texas stressed, “there is no federal statute or regulation requiring Texas to permit abortions after a heartbeat is detected.” Indeed, Texas noted, some federal laws bar public funding for elective abortions. More broadly, Texas argued, S.B. 8 does not violate the Constitution. Therefore, Texas posited, if the justices opt to take up the merits of the federal government’s case, the court “should overrule Roe and Casey and hold that SB8 does not violate the Fourteenth Amendment.”

Justices will review scope of McGirt decision, but won’t consider whether to overturn it