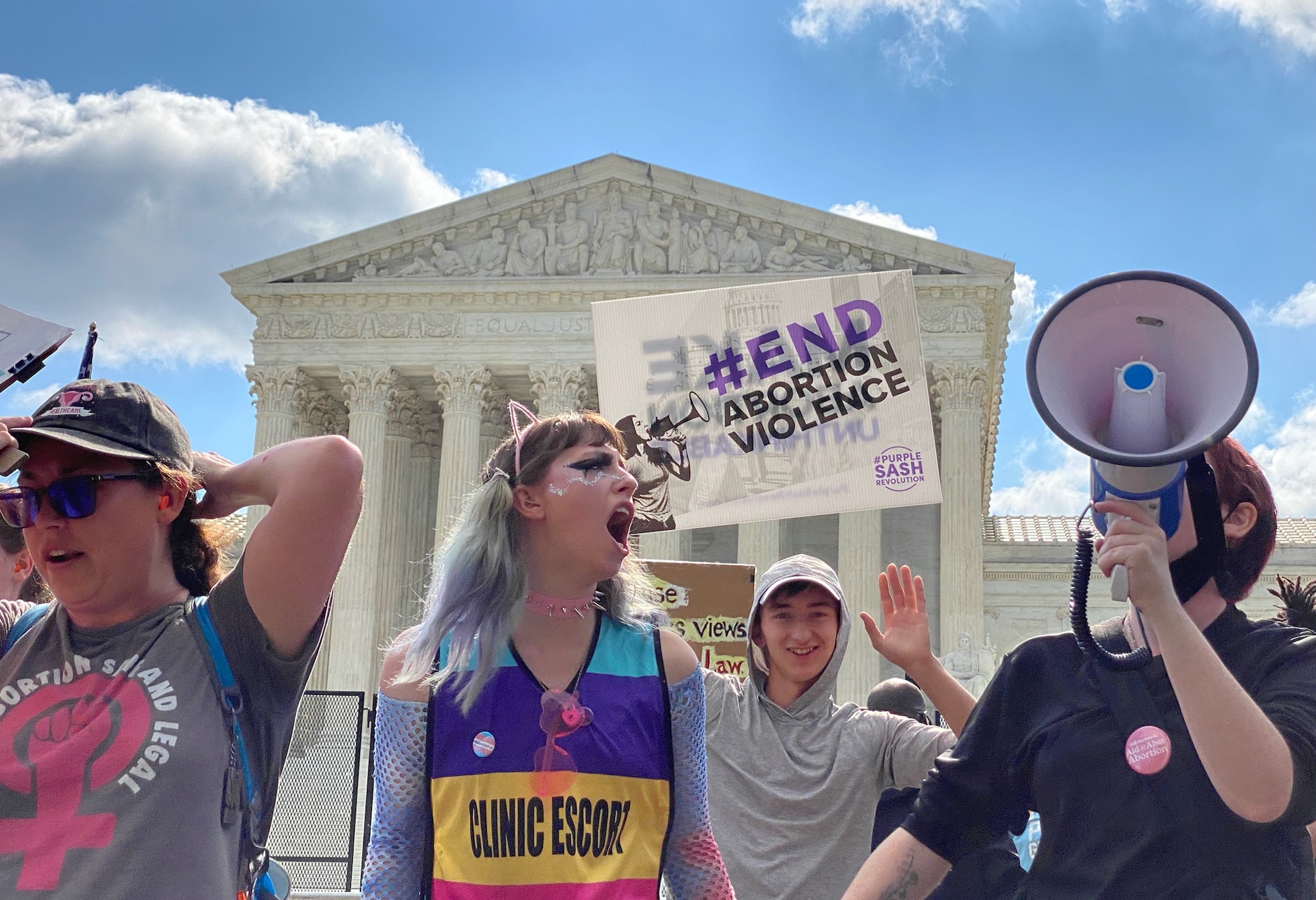 Supporters and opponents of abortion rights protested in front of the Supreme Court on Friday. (Katie Barlow)

The Supreme Court on Friday eliminated the constitutional right to obtain an abortion, casting aside 49 years of precedent that began with Roe v. Wade.

The decision by Justice Samuel Alito will set off a seismic shift in reproductive rights across the United States. It will allow states to ban abortion, and experts expect about half the states to do so.

In one of the most anticipated rulings in decades, the court overturned Roe, which first declared a constitutional right to abortion in 1973, and Planned Parenthood v. Casey, which re-affirmed that right in 1992. The decision followed the leak in early May of a draft opinion showing that a majority of the justices were privately poised to take that step. On Friday, they made it official.

The decision came in Dobbs v. Jackson Women’s Health Organization, a challenge to a Mississippi law, passed in 2018, that bans virtually all abortions after the 15th week of pregnancy. The law carves out exceptions for medical emergencies and cases involving a “severe fetal abnormality” but does not make exceptions for cases involving rape or incest. It has never gone into effect, however, because the lower courts – including the conservative U.S. Court of Appeals for the 5th Circuit – blocked the state from enforcing the law. Friday’s decision reversed those rulings and upheld the law.

But by overturning Roe and Casey, the decision also opens the door for states to enact far more dramatic abortion restrictions, including outright bans on the procedure. Mississippi itself has indicated that it will enforce a different state law, passed in 2007, that prohibits virtually all abortions, except to save the life of the mother or in cases involving rape. A dozen other states have passed similar legislation, known as “trigger laws” because they were drafted to go into effect if Roe and Casey were overturned. An analysis by the Guttmacher Institute predicts that 26 states are likely to ban all or nearly all abortions.

The vote to overturn Roe was 5-4, with Justices Clarence Thomas, Neil Gorsuch, Brett Kavanaugh, and Amy Coney Barrett joining Alito’s opinion. Chief Justice John Roberts filed a separate opinion, agreeing with the court’s decision to uphold the Mississippi law but arguing that the court should not have decided the broader question of whether the Constitution protects abortion at all. The court’s three liberals, Justices Stephen Breyer, Sonia Sotomayor, and Elena Kagan, filed a joint dissent.

Check back soon for in-depth analysis of the opinion.