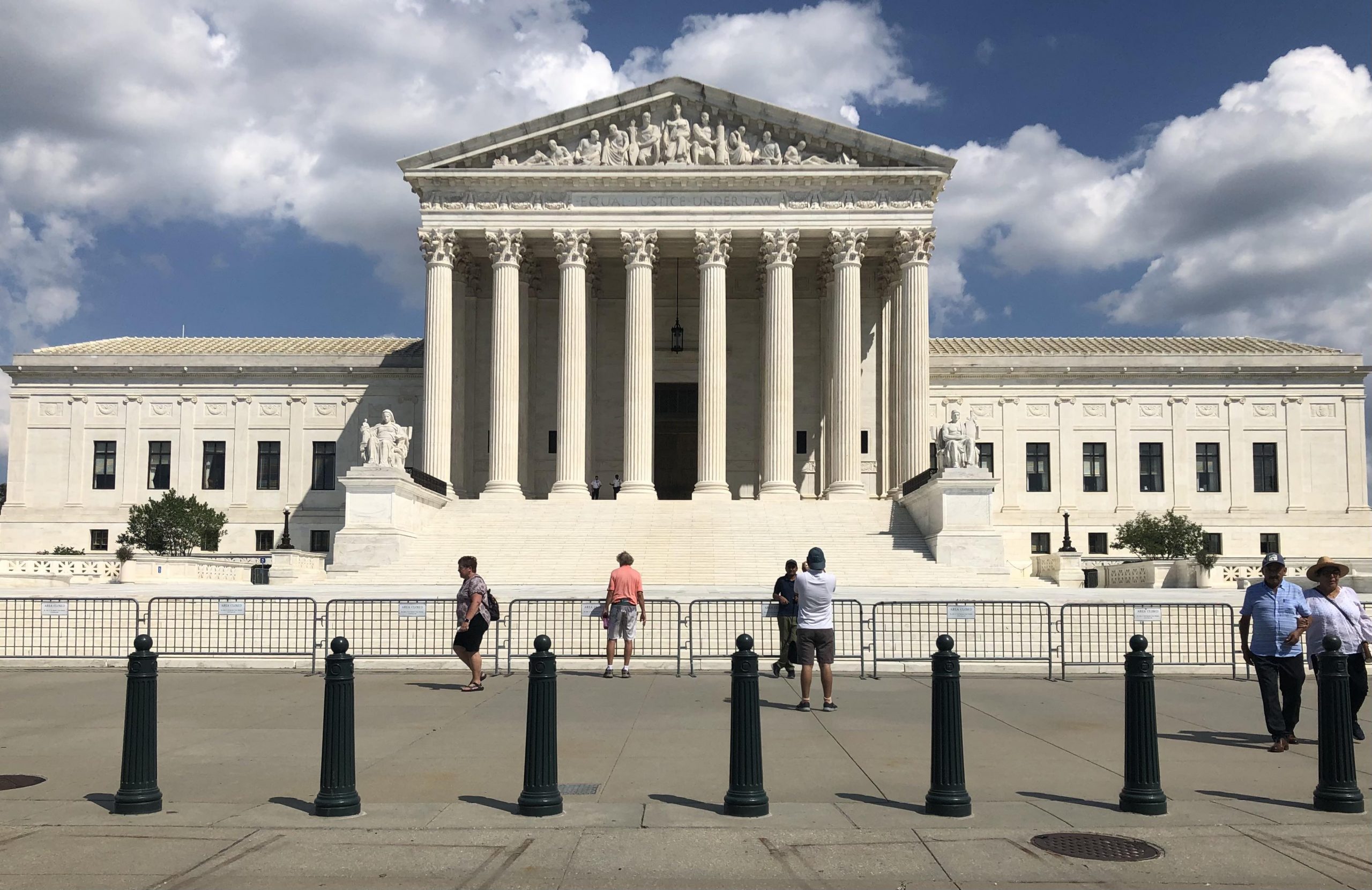 The sidewalk in front of the court was behind a security fence for more than three months, but pedestrians walked freely through the area on Monday. A smaller barrier remained in place, blocking off the court’s marble plaza. (James Romoser)

An eight-foot-tall fence erected around the Supreme Court in the spring has come down, replaced by a network of much smaller barriers. The court put up the taller fence, described at the time by police officers as “nonscalable,” in early May, in response to protests that followed the leak of a draft opinion indicating that the justices were poised to overturn their landmark rulings recognizing a constitutional right to an abortion.

A divided court issued its decision in Dobbs v. Jackson Women’s Health Organization, doing precisely that, on June 24. Thousands of demonstrators marched at the court in the weeks following the ruling. During one protest, more than 180 people were arrested for blocking traffic. The security fence prevented protesters from approaching the court’s steps or marble plaza.

Protests tapered off during the summer, and the large fence remained in place until sometime last weekend, when it was removed. A series of shorter metal barriers, each about three feet tall, continued to line the perimeter on Monday. The sidewalk in front of the court, which previously were blocked by the large fence, is now accessible to pedestrians, though the steps and plaza remain off limits. 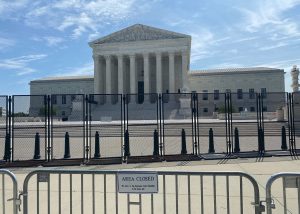 The outside of the Supreme Court on May 23. (Katie Barlow)

It is not clear why the court decided to remove the fence now, with the Supreme Court’s 2022-23 term slated to begin in a little over a month. A court spokeswoman indicated that “the Court as a matter of policy does not discuss security arrangements.”

The Dobbs leak and ensuing protests were not the only events in recent memory to prompt a security barrier around the Supreme Court. After the attack on the U.S. Capitol on Jan. 6, 2021, a tall, black, metal fence – the same style as the one that appeared after the Dobbs leak – was erected on the court’s grounds.

The court has not yet indicated whether it plans to reopen its building to the public in the fall. The building has remained closed since the beginning of the COVID-19 pandemic in March 2020. The justices heard oral arguments by telephone in May 2020 and throughout their 2020-21 term. In their 2021-22 term, they heard oral arguments in the courtroom, but with only a small group of lawyers, reporters, and court staff present.

The court also has not announced whether it will continue livestreaming the audio of its oral arguments, as it has done throughout the pandemic.