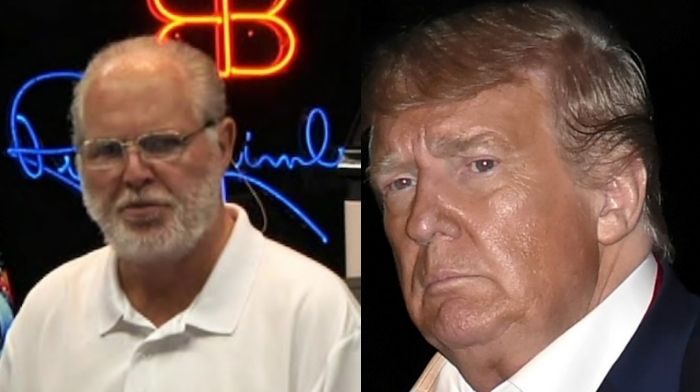 Talk radio legend Rush Limbaugh said Monday that the supposed “bombshell” claims that have been made by President Donald Trump’s legal team have not been backed up.

Limbaugh’s comments began by addressing the recent announcement by Team Trump that sought to distance attorney Sidney Powell from them.

Limbaugh on Trump’s legal team: “The problem with that press conference last week, folks, it goes way beyond Sidney Powell…They promised blockbuster stuff, and then nothing happened. And that’s just not good.”https://t.co/SqsjtmayN8

Rush: ‘They Promised Blockbuster Stuff, And Then Nothing Happened’

“It’s a tough thing to deny she was ever a part of it because they introduced her as part of it,” Limbaugh said. “She was at that press conference last week.”

Limbaugh then criticized the press conference.

“But you don’t — you can’t — I talked to so many people who were blown away by it, by the very nature of the press conference,” Limbaugh added.

He went on to call Trump’s legal team out.

“They promised blockbuster stuff, and then nothing happened,” Limbaugh said. “And that’s just, that’s not — well, it’s not good.”

“If you’re going to promise blockbuster stuff like that, then there has — now, I understand,” he continued.

‘They Promised Blockbuster Stuff and Then Nothing Happened’

‘There Has To Be Something More’

“Look, I’m the one that’s been telling everybody, this stuff doesn’t happen at warp speed, light speed, the way cases are made for presentation in court,” Limbaugh added

“But if you’re going to do a press conference like that, with the promise of blockbusters, then — then there has to be something more than what that press conference delivered,” the conservative talk icon said.

“We will not be intimidated…We are going to clean this mess up now. President Trump won by a landslide. We are going to prove it. And we are going to reclaim the United States of America for the people who vote for freedom.”—Sidney Powell pic.twitter.com/8KCEOGuL7w

Where Is The ‘Blockbuster’ Evidence?

Limbaugh is right. If you are going to promise something big, you need to deliver.

Trump’s lawyers keep talking. They have yet to deliver.