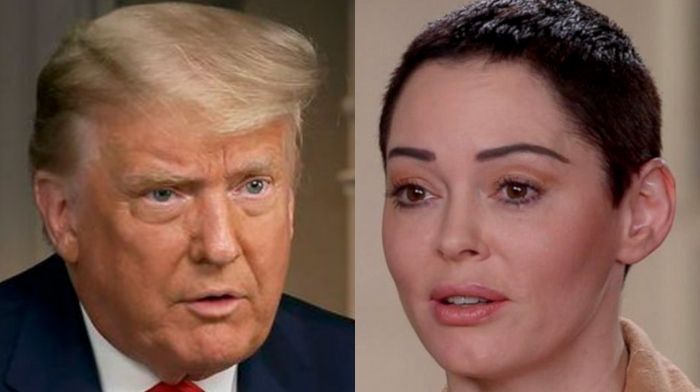 The actress Rose McGowan is defying the liberal world of Hollywood to blast the left’s impeachment effort against President Donald Trump.

“This impeachment is Cult propaganda,” McGowan tweeted on Thursday. “A theater of mass distraction. US cult members on the left will cheer, those on the right will be in a fury. And the country’s starving, sick & poor will sink farther & farther.”

“Good thing the Elites are leading us!” the former “Charmed” actress added sarcastically.

This impeachment is Cult propaganda. A theater of mass distraction. US cult members on the left will cheer, those on the right will be in a fury. And the country’s starving, sick & poor will sink farther & farther. Good thing the Elites are leading us!

McGowan’s tweet comes in stark contrast to the attitudes of much of the rest of Hollywood when it comes to impeachment, as many actors and actresses have been celebrating the fact that the House impeached Trump for a second time this week.

Not stopping there, McGowan proceeded to defend her tweet when it was met with backlash. When one person claimed that having Trump removed from office and convicted of his alleged crimes would be a “step in the right direction,” McGowan replied, “Then I suggest we also, in the interest of fairness, go after Obama for war crimes in Yemen, GW Bush for war crimes in Iraq /Afghanistan.”

McGowan was later asked by another person what her solution would be.

“My overall solution is to keep working to deprogram US cult members on both sides so they can clearly see what lies they’ve been told and revolt,” the former Scream star wrote.

McGowan later explained that she grew up in a cult, which is why she’s so disturbed by what is happening to our country today.

“Saw firsthand the power structure & later when I was sent to US where they kept saying they were free I couldn’t help but notice that its nationalist power structure was identical to the cult we escaped,” she wrote. “They key to change is deprogramming.”

Related: Rose McGowan Begs Trump To Take On Deep State By Pardoning Assange And Snowden: ‘Burn Them Down’

McGowan Calls Out Issues Because She Cares

In the end, McGowan said that she calls out issues when she sees them because she cares.

“I care most about what US does because its propaganda has farther reach than a nuclear bomb,” she wrote. “But personally, my solution was to leave.”

Fox News reported that McGowan has dropped hints over the past few months that she has moved to Mexico.

This piece was written by James Samson on January 15, 2021. It originally appeared in LifeZette and is used by permission.

Read more at LifeZette:
Trump Takes Blame For Assault On The Capitol
Man Arrested After He Allegedly Discussed ‘Putting A Bullet’ In Pelosi Via Text
Kristi Noem Defiantly Doubles Down On Lockdown Stance – ‘South Dakota Is Open’