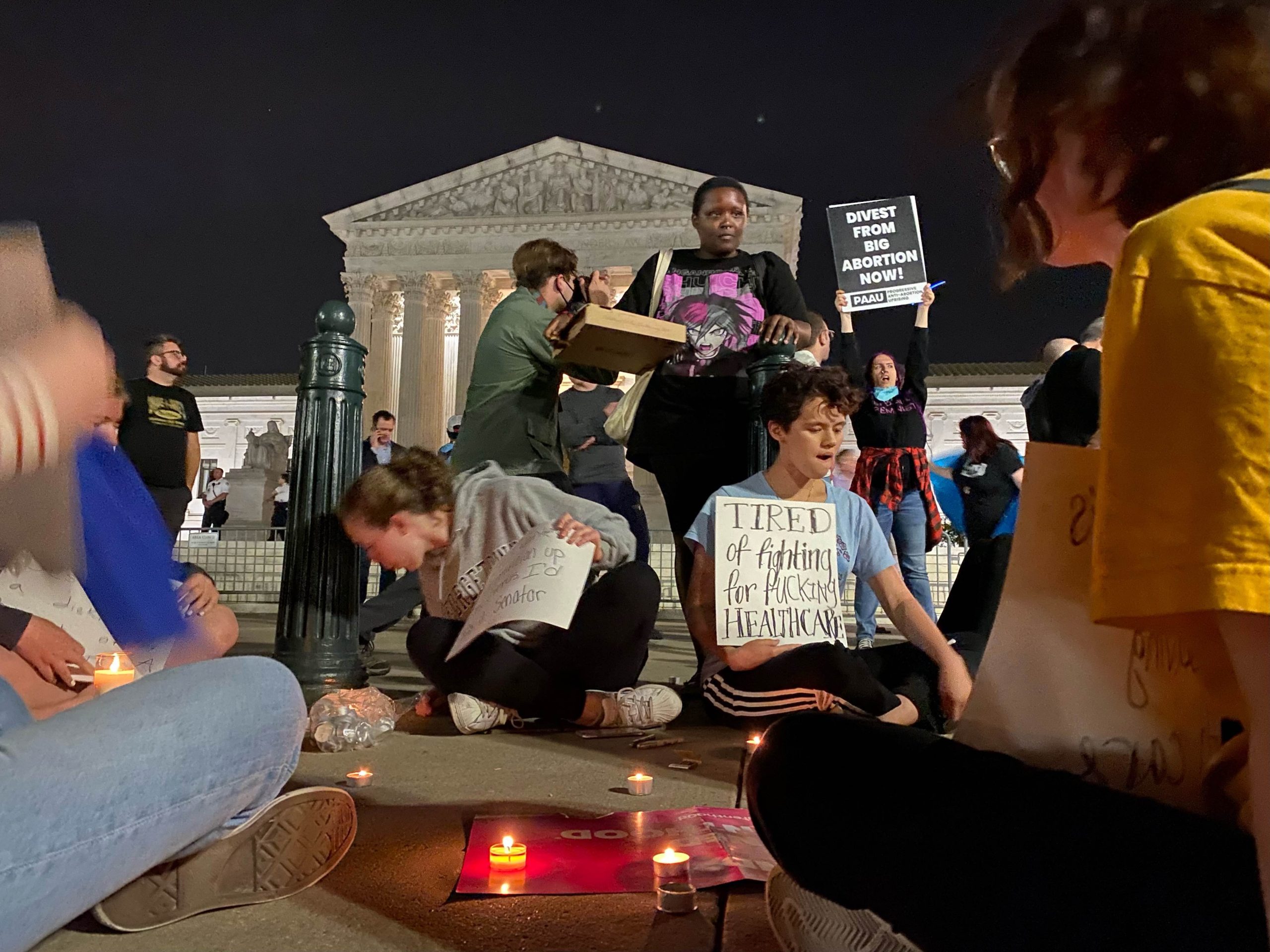 Demonstrators lit candles and held signs in front of the court on Monday night. (Katie Barlow)

The Supreme Court on Tuesday morning confirmed that a draft opinion in Dobbs v. Jackson Women’s Health Organization, published by Politico on Monday night, is authentic. In a press release, the court stressed that the draft opinion, in which a majority of the court appears poised to overrule the Supreme Court’s landmark decisions in Roe v. Wade and Planned Parenthood v. Casey, is not a final decision by the court. And Chief Justice John Roberts indicated that he has directed the court’s marshal to launch an investigation into the source of the leak.

In a brief – but itself highly unusual – statement issued in response to the leak of the draft opinion, Roberts vowed that the leak would not “undermine the integrity” of the court’s operations. Roberts emphasized that the people who work at the court “have an exemplary and important tradition of respecting the confidentiality of the judicial process and upholding the trust of the Court.” The leak, Roberts concluded, was a “singular and egregious breach of that trust.”

Gail Curley, the court’s marshal, is in her first year on the job. A graduate of West Point, Curley’s previous job was as the head of the national security law division in the Army’s Office of the Judge Advocate General.

Reactions to the leak came swiftly from all sides. Mississippi Attorney General Lynn Fitch – who has urged the court to overturn abortion rights in the Dobbs case, which involves Mississippi’s 15-week abortion ban — indicated only that she would “let the Supreme Court speak for itself, and wait for the Court’s official opinion.” The Center for Reproductive Rights, which represents the abortion providers challenging the Mississippi law, stressed that if Roe and Casey are overturned, “it will be an unjustified, unprecedented stripping away of a guaranteed right that has been in place for nearly five decades.”

Sen. Susan Collins, the Republican from Maine who supports abortion rights and provided a key vote to confirm Justice Brett Kavanaugh, said in a statement that the draft opinion “would be completely inconsistent with what Justice [Neil] Gorsuch and Justice Kavanaugh said in their hearings and in our meetings in my office.”

Crowds of demonstrators – mostly supporting abortion rights – gathered outside the Supreme Court in the hours after the Politico story was published Monday night. Protests continued on Tuesday. Police presence outside the court was enhanced, and officers erected barriers in front of the courtroom steps to prevent protesters from gathering on the plaza.