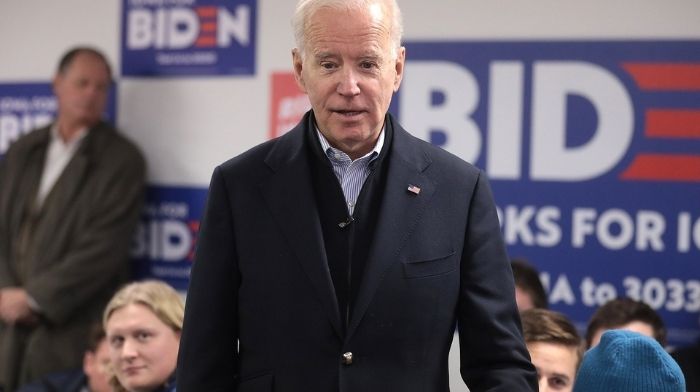 President Joe Biden was the beneficiary of roughly $145 million in donations from anonymous donors and outside groups during the 2020 presidential election cycle.

The sum dwarfed the $28.4 million in “dark money” donated to Donald Trump, and breaks the record for anonymous donors previously held by Mitt Romney in 2012.

Democrats and the left have often railed against these kinds of contributions in politics.

The Campaign Legal Center has called dark money “a serious threat to our democracy.” Another nonpartisan group that attempts to reduce the influence of money in politics, Issue One says, “It is the most toxic force in politics.”

Democrats have often been the loudest voices when it came to decrying big money – and especially anonymous money – in politics. The biggest argument being how corrupting large amounts of money with unknown names behind it can be.

According to Bloomberg, Priorities USA Action Fund, one of the most prominent Democrat super PACs, backed candidate Joe Biden by taking $26 million in funds originally designated for the non-profit arm of the PAC, Priorities USA.

In that instance, the names of donors do no have to be disclosed.

And while Democrats have in the past introduced legislation to reign in dark money, it didn’t stop them from accepting any anonymous donations in order to defeat Donald Trump.

This is an excellent piece to which I would only add accountability for the political forces that have covertly tied government up in knots against the will of the public. Dark money has too much control, and has got to go. https://t.co/ilJAerBknq

RELATED: Biden Pushing Forward With Plan To Replace Andrew Jackson On The $20 Bill With Harriet Tubman

Breaking Down The Money Trail

Under current FEC laws, a campaign can accept no more than $2,800 from individual donors. The Biden campaign raised $1.5 billion, a new record. Of that grand total, only $318.6 million came from donors who gave less than $200 each.

In total, Democrats received $326 million in dark money throughout the 2020 election cycle. This nearly doubles the $148 million donated to Republicans.

But it’s not just dark money that backed Biden. Wall Street did, too.

According to CNBC, back in October, Biden was outraising Trump 5-to-1 in donations from the financial industry.

For some investors, it is seen as the best chance to get a large injection of federal money into a still COVID-stricken economy.

Democrats Pushing “For The People” Act

Still, it’s not all roses for the Democrats. The left wing of the party is still intent on rooting out dark money.

With Joe Biden in the White House, House Democrats are reviving the “For The People Act,” part of which focuses on restricting dark money.

If we’re going to deliver on health care, housing, & climate, we must start by ensuring our democracy works. We must end gerrymandering, voter suppression & dark money that have rigged our system. That’s why the For the People Act will be the first item on @SenateDems agenda.

The bill was first introduced two years ago.

In 2019, she took to Twitter to complain about dark money being raised for President Trump, and has started a PAC of her own.

It remains to be seen if she will decry the far larger amount of dark money that benefited her party and her presidential candidate.

“Removing Trump will not remove the infrastructure of an entire party that embraced him; the dark money that funded him, the online radicalization that drummed his army, nor the racism he amplified and reanimated.” @AOC pic.twitter.com/CrHCnTdVAG