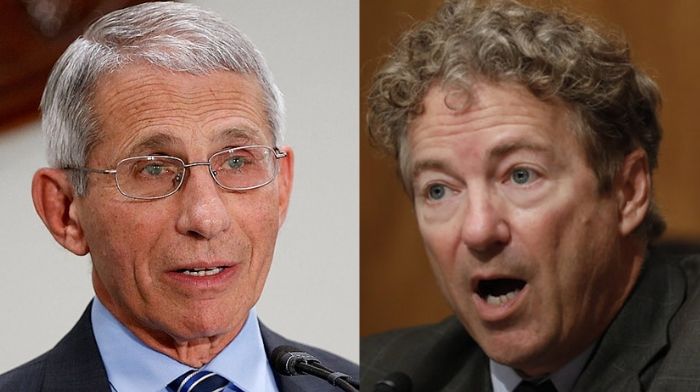 Paul was interviewed on NewsMax, where host Bob Sellers said to the libertarian-leaning Republican senator, “We’re going into the winter. We’re being warned it’s going to be a bad winter when it comes to COVID.”

You can view the entire interview below.

“We have the vaccines that are very promising,” Sellers said, adding, “How do you see the coming months?”

Sen. Paul replied, “The incidence of COVID-positive individuals has gone through the roof… The masks aren’t working, social distancing’s not working.”

“What is my proof? The numbers,” Paul insisted. “The numbers are going through the roof.”

Paul then explained his view that the cases have shot up despite most Americans following the recommended precautions.

Why do so-called government “experts” deny that some in the public have pre-existing cross reactive immunity to COVID-19? Could it be that their goal is not the truth, but rather, public submission?

“So all these mask mandates have had no effect on it,” Paul said. “The incidence of the virus has gotten worse since we’ve done lockdowns. We should not comfort ourselves with masks.”

“We should push hard to get the vaccine released,” the senator continued. “I think it’s ready to go for those who are willing to sign an informed consent and voluntarily take it.”

Paul believes “millions” would be ready to take the vaccine when it becomes available.

“And I think millions of people would sign up, and we would very quickly get to a large enough number that people would be more satisfied with the safety,” Paul said. “I would get it out there, I wouldn’t wait.”

RELATED: Rand Paul: Republicans Weren’t Ready For My Dad’s Anti-War Views, But They Are Now Thanks To Trump

Paul Says Dr. Fauci Is ‘Going To Keep Us Masked Until The End Of Time’

Sen. Paul then said the timeline Fauci was looking at was too conservative.

“He’s going to keep us masked until the end of time, which does very little of anything to change the course of this,” Paul stated.

The CDC and Coronavirus Task Force recommend masks as a measure against COVID.