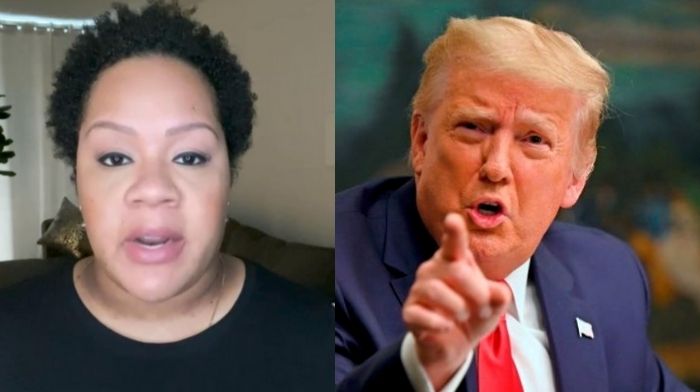 PBS correspondent and MSNBC political contributor Yamiche Alcindor spoke out on Tuesday to defend the Democratic Party’s double standard when it comes to the impeachment effort against Donald Trump.

After it was reported that Trump’s legal team is planning to argue that Democrats incited riots with their speeches, Alcindor said that this argument is not valid because speeches by leftists like Maxine Waters and Kamala Harris did not result in deadly riots.

“I’m really watching to see how much this becomes a personal reliving of what happened on January 6,” Alcindor said. “You’re hearing from senior Democratic aides that they want this to feel like a violent crime trial. They want people to be brought into what happened at the Capitol.”

“So that’s why they’re saying this is going to be this new evidence. I suspect some of that will probably be possibly videos that we haven’t seen before, talking to aides on Capitol Hill, they’re really feeling as though they need to remind people exactly what happened.”

“The Trump team, as you reported, also is going to be bringing out this video, trying to say, ‘Hear what Democrats said. Here is why they are just like President Trump,’” she added. ”

“But I think the thing that’s going to be so obvious is going to be that there wasn’t a storming of the Capitol after Maxine Waters or Senator Harris — then-Senator Harris had fiery speeches,” Alcindor said. “So I think that’s all the things that we should be watching, how they juxtapose this at the scene of where this happened.”

Alcindor has long been an outspoken critic of former President Trump, and she went at it with him regularly at various points in his presidency. On Tuesday, she took to Twitter to celebrate the start of Trump’s Senate impeachment trial.

“And we’re off, House impeachment managers and making the walk to the Senate chamber,” she wrote. “Trump Impeachment 2.0 is upon us.”

And we’re off, House impeachment managers and making the walk to the Senate chamber.

Trump Impeachment 2.0 is upon us.

This piece was written by James Samson on February 9, 2021. It originally appeared in LifeZette and is used by permission.