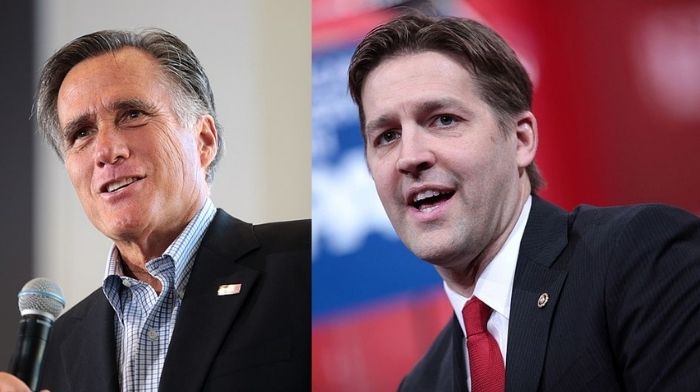 As of today, nearly every Republican Senator who voted to convict former President Donald Trump in his impeachment conviction trial has either been censured by their Republican voters or faces censure in the near future.

On Saturday, the U.S. Senate voted to acquit Trump on the charge that he incited the Jan. 6 Capitol Hill riot. The 57-43 vote to convict failed to reach the two-thirds majority required in the upper chamber.

Joining all fifty Democrat Senators who voted to convict were seven GOP Senators:

All have either been censured or are facing censure at home by at least one county Republican committee, save for Murkowski, who is up for re-election in 2022, so far.

The seven senators who went against the party line and voted to impeach Donald Trump are now facing very strong backlash and censure for their actions.https://t.co/ERS8SYq7Wq

The seven Senators who voted to convict join several of their colleagues in the House who also are facing not just unhappy voters at home, but in some cases, already have primary challengers in 2022 for their votes to impeach.

One of the most high profile House members to face backlash which includes a primary challenger is Rep. Liz Cheney (R-WY). Cheney was also called out by fellow Congressman Matt Gaetz (R-FL) , who went to Wyoming to support constituents who want to replace her in Congress.

In the House, in addition to Cheney, South Carolina Rep. Tom Rice was also censured at home.

Adam Kinzinger (R-IL) has not only taken heat at home from constituents for his vote to impeach, but several members of his own family have called him an ’embarrassment.’

According to a report from Vox, the Republican Parties of Louisiana and North Carolina wasted no time in blasting Bill Cassidy and Richard Burr, respectively.

“The Executive Committee of the Republican Party of Louisiana has unanimously voted to censure Senator Bill Cassidy for his vote cast earlier today to convict former President Donald J. Trump on the impeachment charge.”

Our Constitution and our country is more important than any one person. I voted to convict President Trump because he is guilty. pic.twitter.com/ute0xPc4BH

The feeling in North Carolina was essentially the same. In a statement issued by NCGOP Chair Michael Whatley, he stated that Burr’s vote was “shocking and disappointing.”

“North Carolina Republicans sent Senator Burr to the United States Senate to uphold the Constitution and his vote today to convict in a trial that he declared unconstitutional is shocking and disappointing.”

Burr and Senator Pat Toomey have already announced that neither would be seeking re-election, which perhaps might have given both the feeling of having a bit of wiggle room when it came to pleasing or displeasing constituents.

Washington County Pennsylvania Republican Party Chairman Dave Ball stated of Toomey that “As far as we’re concerned, his political career is over in this state, even if he were to try to run again. His legacy is tarnished beyond repair.”

Sasse was censured by his fellow Nebraska Republicans for what they cited as “dismissing the legitimate concerns of Nebraska’s Secretary of State, and a huge majority of Republican voters regarding allegations of fraud in November’s presidential election.”

In response, Sasse released a rather condescending video to Nebraska Republicans explaining to them what was “conservative” and what was not.

In Maine, censure resolutions are being considered.

In Utah, Republican voters are circulating a petition online calling to censure Mitt Romney, though that state GOP has defended ‘diversity of thought.’

IMPEACHMENT BACKLASH: The fallout continues for Republican senators who voted to convict Trump, with Sen. Bill Cassidy censured by Louisiana’s GOP as he stands by the move. @rachelvscott reports as Trump makes his first public appearance since acquittal. https://t.co/pMdBVRYfLh pic.twitter.com/ppYGcGvoie

Will Voters Hold Them Accountable At The Ballot?

There are several things that might make Senators taking heat for their conviction vote interesting.

Of these seven, only Lisa Murkowski of Alaska is up for re-election. Burr and Toomey are retiring, and Romney is in the middle of his first term.

The rest were all just re-elected.

Another interesting factor is  two Senators who have not been censured by their own voters – the two Republicans who challenged the electoral college votes.

Sens. Ted Cruz (R-TX) and Josh Hawley (R-MO) were blamed by Democrat Senators for the riot and there were calls by many for both to resign or be expelled.

And in what might the most intriguing aspect of the “Gang of 7,” is that in the wake of Burr’s retirement announcement, there will be a vacancy in one of North Carolina’s Senate seats.

Former Representative Mark Walker has thrown his hat into the ring for 2022, but another name is floating around, that of Lara Trump.

The North Carolina native and wife of Eric Trump recently got a huge boost from Lindsey Graham, who described her as the “biggest winner of the impeachment trial.”

“The biggest winner I think of this whole impeachment trial is Lara Trump,” said Graham.@LaraLeaTrump can now be seen as a contender for the 2022 Senate race after @SenatorBurr voted to convict Trump in the #ImpeachmentTrial, said Sen. @LindseyGrahamSC. https://t.co/4gS2OqzNho

As Americans get more and more tired of sending people to Washington who do not reflect their wishes, the Gang of 7 and those like them may just be the last of a dying breed.