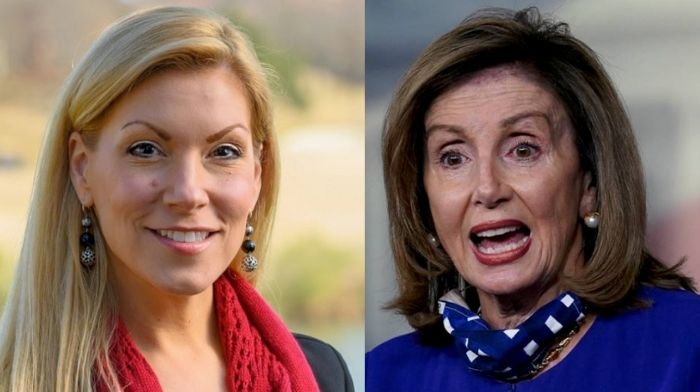 Texas Rep.-elect Beth Van Duyne is the only Republican candidate in the United States who managed to pull off a victory to win an open seat where President Donald Trump won in 2016, and where President-elect Joe Biden won in 2020.

In fact, Van Duyne’s win was so huge that GOP strategists have even dubbed her seat as House Speaker Nancy Pelosi’s “most bitter loss.”

Last month, Van Duyne was elected to represent Texas’ 24th District covering Dallas-Fort Worth, making her only the second Republican woman from Texas ever to be elected to the House of Representatives.

“The results of this race proved the people of North Texas want a representative who will go to Washington to get things done, and that’s exactly what I’m going to do,” Van Duyne told Fox News. “As a single mother and a businesswoman, I’m ready to fight to empower working families, expand job opportunities, and deliver more options for people to have affordable, personalized health care.”

Van Duyne beat her Democrat opponent, Candace Valenzuela, in a very tight race, winning with 166,363 votes – or 48.8% – to Valenzuela’s 163,326, or 47.5%. This seat had been held by GOP Rep. Kenny Marchant since 2005, and Pelosi and her fellow Democrats saw it as a prime opportunity to pick up an open seat with. his retirement.

RELATED: Trey Gowdy ‘Mad As Hell’ At Pelosi For ‘Dumb and Despicable’ Withholding Of COVID Relief

“Pelosi, Democrat leadership, and numerous liberal, attack organizations went all-in to assault Beth Van Duyne, spending over $14 million and making TX-24 the most expensive open seat race in the country,” said a Texas GOP strategist. “They completely believed they were going to win.”

“Pelosi’s failure in this North Texas suburban district – that Joe Biden won – may well be her most bitter loss,” the strategist added.

Pelosi, however, has tried to put on a brave face and refused to acknowledge her failings in this election cycle.

“We lost a few seats,” Pelosi said after the election. “But as I said, we won those seats in Trump districts. He wasn’t on the ballot [in 2018], he is now. I do believe with Biden in the White House and a Democratic Congress and hopefully a Democratic Senate – we’ll see in January – we’ll be able to do great things for the American people.”

RELATED: Pelosi Clashes With Reporter – Admits She Shifted To Supporting Relief Bill Because Of ‘New President’

Republican lawmakers are already expressing their excitement at having Van Duyne onboard.

“Beth was an incredible mayor of Irving, Texas, who knows what it takes to grow our economy and keep our streets safe,” said House GOP Leader Kevin McCarthy (R-CA). “Her victory in November means our Republican conference will be even stronger.”

“She’ll be an invaluable member of our team because she will always fight to restore our way of life, rebuild the greatest economy in history, and renew the American Dream,” he added.

This piece was written by James Samson on December 12, 2020. It originally appeared in LifeZette and is used by permission.