By Sam Callahan and Allon Kedem 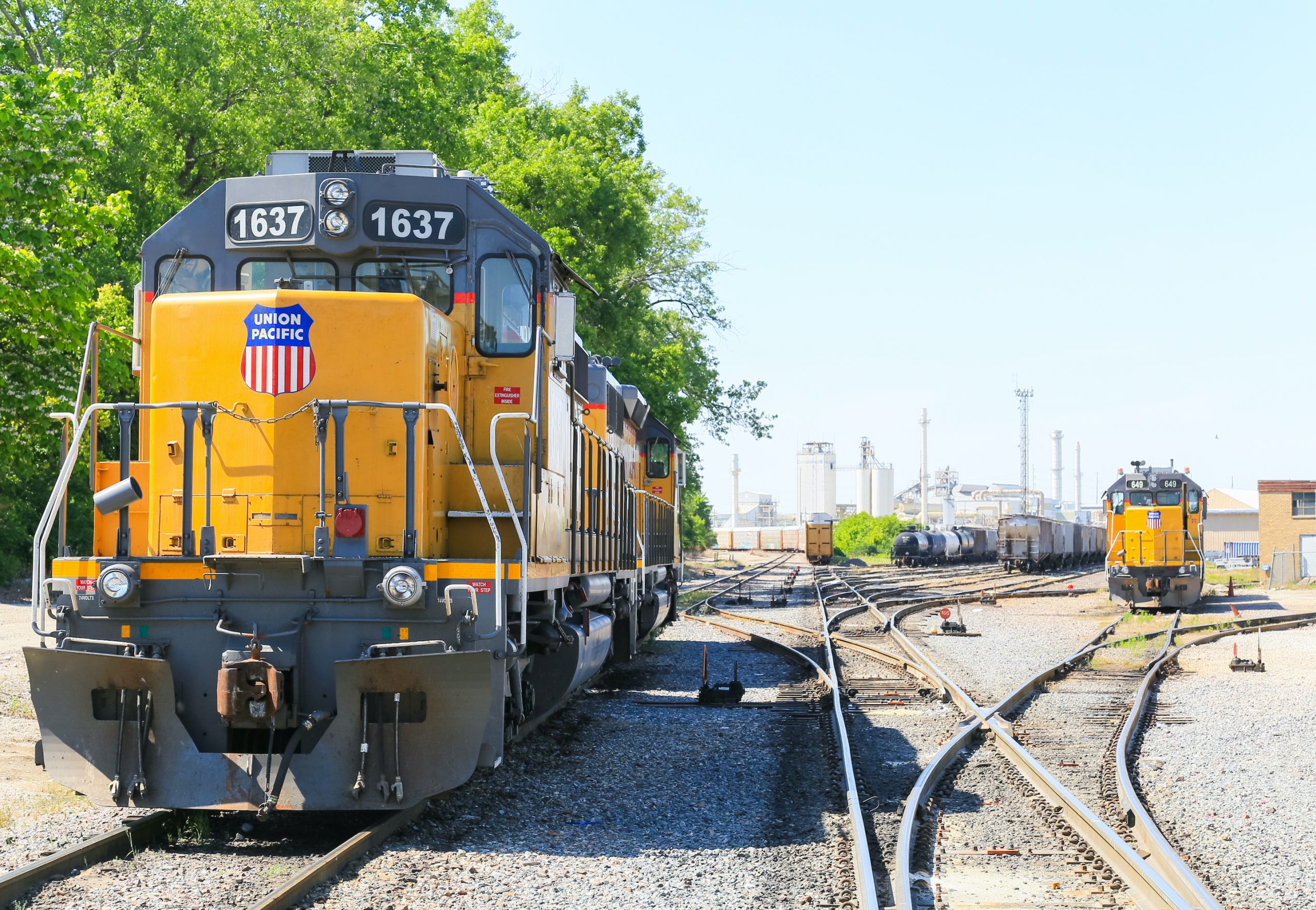 The justices will consider when locomotives are covered by a statute’s safety and inspection requirements. (Michael Rosebrock via Shutterstock)

The Supreme Court is poised to decide yet another case involving one of the many federal statutes that govern the nation’s railroads and railworkers. Just like in other recent railroad cases, this one at first glance seems to present only a narrow question about an obscure statute, but methodological questions lurking beneath the surface may end up sharply dividing the justices.

The court will hear argument on Monday in LeDure v. Union Pacific Railroad Company, a case about the scope of the Locomotive Inspection Act. That statute — little-known but vitally important to the railroad industry — requires railroads to perform regular inspections and to implement a host of safety measure for their locomotives, the powered vehicles that pull the rest of the train. If a railroad fails to comply with the statute’s safety and inspection requirements and an employee is injured, the employee can sue the railroad for damages. But the safety and inspection requirements apply only to locomotives that are in “use” — or are “allowed to be used” — on the railroad’s line.

All agree that a locomotive is covered by this language when it is actively pulling a train on the tracks. But what about when the locomotive is not in motion — for example, when it is parked at a railyard, awaiting its next journey?

LeDure sued under the Federal Employers Liability Act, which allows railworkers to recover for injuries caused by a railroad’s safety and inspection violations, including violations of the Locomotive Inspection Act. The district court acknowledged that courts were “all over the place” in their approaches to deciding whether a locomotive is in “use” or “allowed to be used.” But it followed precedent of the U.S. Court of Appeals for the 7th Circuit holding that those terms do not apply to stationary locomotives that need to be serviced before continuing on their journey, and the 7th Circuit applied that same precedent to affirm the district court’s dismissal. The Supreme Court took the case because the 7th Circuit’s relatively narrow approach conflicts with the approach of other circuits, which take a more holistic view and hold that locomotives can be in use even if parked and not ready to travel.

In arguing that Union Pacific’s locomotive was subject to the safety and inspection law at the time he slipped, LeDure presents a broad vision of the statute as covering locomotives anytime they are available to be deployed as part of a train. He highlights that “use” is ordinarily understood as synonymous with “employ” — a word that readily describes a train stopped on railroad tracks between journeys. And even if ordinary people would not describe a stationary train as in use, LeDure argues in the alternative, surely they would describe such a train as “allowed to be used,” in which case the statute applies. This broader reading, LeDure contends, is consistent with the overall purpose of protecting against the dangerous conditions of railwork — conditions that frequently arise on stationary locomotives. (Indeed, nearly half of railworker injuries occur on stationary vehicles, according to an amicus brief submitted by several labor unions in support of LeDure.)

Union Pacific agrees that a locomotive need not be moving to be in use. But it argues that the statute covers stationary locomotives in much narrower circumstances: only when they are part of an assembled train, and either actively moving or ready to move imminently. Union Pacific contends that this interpretation follows from the ordinary meaning of “use,” which is not merely to employ generally, but to employ for its intended purpose. Union Pacific offers an analogy from Justice Antonin Scalia’s dissent in a 1993 case about what it means to “use” a gun (a citation that wagers, probably wisely, that several of the current justices will share Scalia’s instincts even if his view did not prevail in that case). “When someone asks, ‘Do you use a cane?,’” Justice Scalia explained, “he is not inquiring whether you have your grandfather’s silver-handled walking stick on display in the hall; he wants to know whether you walk with a cane.” So too for locomotives, says Union Pacific: If a locomotive is sitting on the tracks and needs to be attached to a train before it can go, it is not doing its job, and thus is not in “use.” As for the statute’s coverage of locomotives “allowed to be used,” Union Pacific notes that this language was intended only to clarify that a locomotive is covered even if, say, a lumber company (rather than the railroad itself) is operating the locomotive.

Union Pacific also emphasizes several ways in which LeDure’s broad reading would “break the statute.” Dormant locomotives would need to be inspected daily even if no one intends to use them. And to avoid liability for accidents, railroads could not leave defective locomotives on the tracks, and instead would need to spend time and money shuttling them to dedicated repair shops — where the inspection law does not apply — often dozens of miles away. LeDure, however, portrays these concerns as overblown, given that Congress and the agency responsible for enforcing the statute have enacted safe harbors that prevent railroads from being fined for noncompliance (though not from being sued if an injury does occur).

The parties also debate the significance of a related railroad statute, the Safety Appliance Act, which regulates a broader set of railcars but similarly governs cars in “use.” In several decisions from the early 20th century, the Supreme Court applied that act to stationary railcars — for example, in a 1904 case involving an accident on a dining car that was stationed in a railyard waiting to be picked up by another train. LeDure claims these precedents dictate the answer in his case, citing the familiar principle that specific words in related statutes should be given the same meaning. Union Pacific disagrees with LeDure’s reading of these cases, but also focuses on differences between the purposes of the two statutes, with the Safety Appliance Act covering railcars that (unlike locomotives) are designed to passively hold things rather than to actively haul trains. In Union Pacific’s view, it makes sense that the Safety Appliance Act would cover accidents on stationary railcars, which unlike locomotives may still be fulfilling their intended purpose when parked between journeys.

The solicitor general filed amicus briefs in support of LeDure’s position, both after the court asked for the federal government’s views on whether to grant certiorari and on the merits. While the government’s arguments largely track LeDure’s, it focuses even more heavily on the intertwined history of the Locomotive Inspection Act and the Safety Appliance Act, and places less emphasis on the “allowed to” language that features prominently in LeDure’s briefs.

In briefs that otherwise are dense with history and technical details about the structure of railroad law, the parties offer a few colorful hypotheticals and analogies to drive their theories home. Union Pacific, for example, invokes a cross-country road trip with a car hauling a trailer to illustrate why “use” means different things for locomotives (under the Locomotive Inspection Act) than for other railcars (under the Safety Appliance Act). If the car driver stops at a hotel overnight, you might say that the trailer remains in use, but surely the car does not. The government pushes back with a vehicular example of its own: A taxi company with 100 cars in its fleet might well say it is “using” 100 cars even if employees are not currently driving all 100.

Several of the court’s recent railroad decisions have been sharply divided. Salinas v. U.S. Railroad Retirement Board, for example, was the first 5-4 decision of the 2020-21 term, with Justice Clarence Thomas joined by Justices Samuel Alito, Neil Gorsuch, and Amy Coney Barrett in dissenting from the majority decision favoring railworkers. Division in these sorts of cases confirms that the justices care deeply about methods of statutory interpretation even in cases without major social or political implications — and recognize that the interpretive principles they apply even in such cases will necessarily shape how the court resolves similar disputes involving other statutes. And even where the justices agree on the outcome, the justices have with seemingly increasing frequency used these lower-temperature cases to air broader methodological disagreements in separate opinions, like Gorsuch did in his recent concurrence (joined by Justice Sonia Sotomayor) advocating broadly for increased use of the “rule of lenity” in interpreting federal criminal laws.