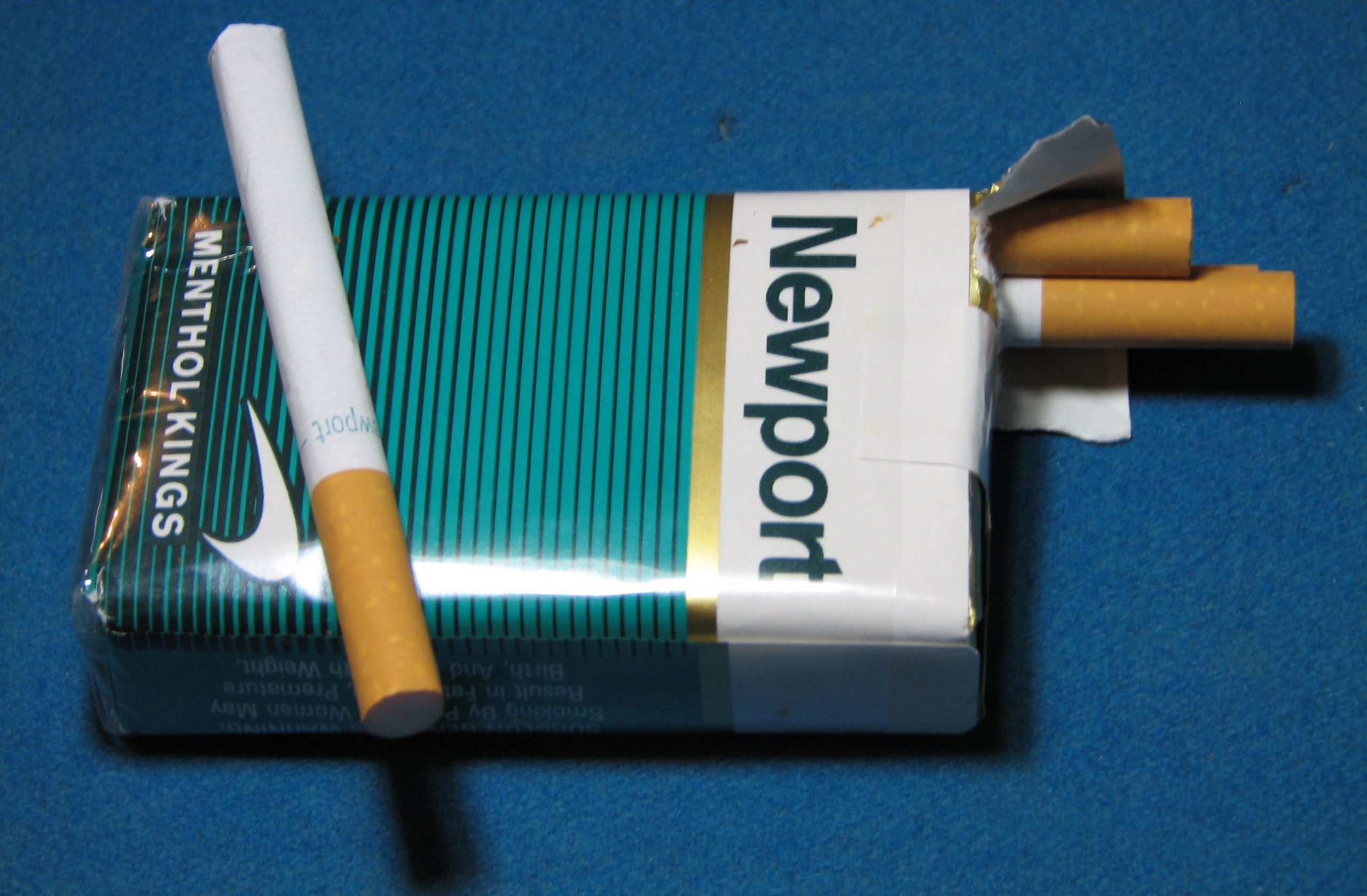 Newport methol cigarettes, which are made by R.J. Reynolds, are among the products covered by California’s ban on flavored tobacco. (Officer via Wikimedia Commons)

The justices did not provide any explanation for their decision, and there were no public dissents noted from Monday’s order.

The California legislature passed S.B. 793, which bars the sale of flavored tobacco products in the state, in 2020. The tobacco industry succeeded in putting the law up for a statewide popular vote, known as Proposition 31; California voters approved the ban in last month’s election.

The tobacco companies and retailers, led by R.J. Reynolds, then went to federal court to challenge the ban. They argued that a provision in the 2009 law, the Family Smoking Prevention and Tobacco Control Act, trumps state and local laws that set standards for tobacco products that are different than federal standards – including the sale of flavored tobacco products. Both a federal district court in California and the San Francisco-based U.S. Court of Appeals for the 9th Circuit declined to put the California law on hold while the challenge continues.

That prompted the challengers to come to the Supreme Court late last month, asking the Supreme Court to step in. The challengers told the justices that if California is allowed to enforce the law, which is slated to go into effect on Dec. 21, the costs will be tremendous. R.J. Reynolds, for instance, will not be able to sell menthol cigarettes, which make up one-third of the cigarette market, in California, one of the country’s biggest markets. Another challenger, Modoral, produces only flavored cigarettes, so that it “stands to lose millions of dollars each year” if the law is implemented.

California countered by blaming flavored tobacco products for the rise in the use of tobacco products by young people. Since Congress passed the Tobacco Control Act in 2009, the state added, “courts have universally rejected the tobacco industry’s arguments that state and local laws restricting or prohibiting the sale of flavored tobacco products are” trumped by the federal law. And even if tobacco companies might lose money as a result of the ban, the state concluded, blocking the law would be far more costly for public health and the state government.

With its brief order on Monday, the court cleared the way for California to enforce the law when it goes into effect next week. The ruling was also the second one of the day on the court’s docket of emergency appeals, following the court’s announcement on Monday morning that it will take up a second challenge to the Biden administration’s student-loan debt relief plan.

The morning read for Monday, Feb. 6