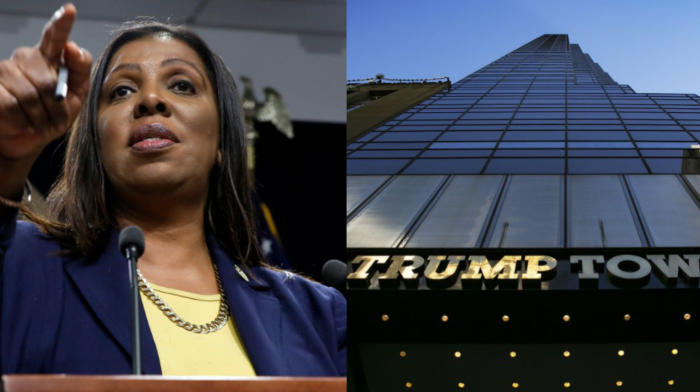 A New York judge has ruled that the Trump Organization must turn over tax documents to Letitia James, the state’s Attorney General.

Tax Documents Must Be Handed To New York AG

The Trump Organization is currently being investigated by New York’s Attorney General, Letitia James, along with the Manhattan District Attorney, Cyrus Vance, in two separate investigations relating to tax write-offs the President allegedly linked to consulting fees paid by his daughter Ivanka.

In Tuesday’s ruling, the state judge said that the Trump Organization must hand over documents relating to discussions with an engineer and a property in Westchester.

At question is the use of tax abatements on the property.

Trump Organization attorneys had argued the documents were protected by attorney-client privilege. Amy Carlin, on the Trump Organization’s legal team, said that they had “every expectation that those communications would be confidential.”

However, Eric Haren, with the Attorney General’s office, had said that the Trump Organization waived that privilege after they disclosed other documents to the IRS to “gain benefit” for tax reasons.

“Literally everything other than the final appraisal value,” was not disclosed, Haren said.

Ivanka Trump: “This Is Harassment, Pure And Simple”

The existing investigations have been slammed by the Trump Organization, the President’s family, and Republicans as just another Democrat witch hunt against the President.

“This is just the latest fishing expedition in an ongoing attempt to harass the company,” said Trump Organization attorney Alan Garten in November. “Everything was done in strict compliance with applicable law and under the advice of counsel and tax experts.”

“This is harassment, pure and simple,” tweeted Ivanka Trump.

“This ‘inquiry’ by NYC Democrats is 100% motivated by politics, publicity, and rage. They know very well that there’s nothing here and that there was no tax benefit whatsoever,” she added.

“These politicians are simply ruthless.”

This is harassment pure and simple. This ‘inquiry’ by NYC democrats is 100% motivated by politics, publicity and rage. They know very well that there’s nothing here and that there was no tax benefit whatsoever. These politicians are simply ruthless.https://t.co/4dQoDzQlRX

NY AG James even appeared on NBC’s “The View” to promote conspiracy theories about President Trump, and claimed that he would resign before January 20th, in order to allow Mike Pence to take office as President and pardon him.

“In all likelihood, I suspect that he will pardon his family members, his children, his son-in-law, and individuals in his administration as well as some of his close associates. And then I suspect, at some point in time, he will step down and allow the vice president to pardon him,” James said.

.@NewYorkStateAG @TishJames tells @TheView she suspects Pres. Trump “will step down and allow the vice president to pardon him” before the end of his term as she says the “vast majority of legal scholars have indicated that he cannot pardon himself.” https://t.co/f8u2wbJuik pic.twitter.com/xeJwNtA4eH

RELATED: Rob Reiner Calls For Trump Family To Be Prosecuted – Says ‘Survival Of Our Democracy’ Depends On It