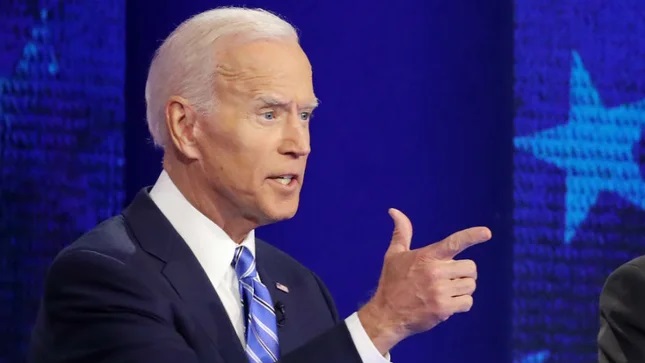 Democratic candidate for president Joe Biden solidified his stance on the Second Amendment with a tweet vowing “common-sense reforms.”

Biden vowed that should he capture the White House, he would ban “assault weapons and high-capacity magazines.”

“It’s long past time we take action to end the scourge of gun violence in America,” he said in a Sunday afternoon tweet.

It’s long past time we take action to end the scourge of gun violence in America.

Biden’s tweet didn’t sit well with conservatives on social media who saw the message as a clear agenda against the Second Amendment.

“A last-minute reminder that Biden is coming for your guns,” conservative comedian Tim Young replied.

A last minute reminder that Biden is coming for your guns. https://t.co/twKZpXNupE

Cam Edwards, editor of Bearing Arms, explained that Biden’s proposals were an “absurdly bad idea” that “would criminalize the possession of commonly owned arms while doing nothing to stop actual violent crime.”

Edwards also took a jab at the Democrat candidate’s proposals to curb officer-involved shootings by training police to shoot dangerous suspects in the leg.

This absurdly bad idea would criminalize the possession of commonly owned arms while doing nothing to stop actual violent crime. It’s the gun control equivalent of telling officers to shoot for the leg; both dangerous and dumb.

Supporters of the Second Amendment should need no reminder of how extreme a Biden-Harris administration will be in curbing their rights.

During a town hall hosted by CNN last April, then-candidate for President Harris said she would take executive action if certain gun control measures were not enacted by Congress within the first 100 days of her administration.

“Upon being elected, I will give the United States Congress 100 days to get their act together and have the courage to pass reasonable gun safety laws,” she said.

“And if they fail to do it, then I will take executive action.”

Biden, meanwhile, has vowed that Beto O’Rourke, a man who has vowed to forcibly confiscate firearms from law-abiding citizens, will have a ‘lead’ role in his efforts to reform gun control laws in America.

At a rally in March, Biden grabbed the mic from O’Rourke and announced, “this is not the last you’re seeing of this guy.”

Joe Biden tells Beto, of “hell yes, we’re going to take your AR-15, your AK-47,” fame that “you’re going to take care of the gun problem with me. You’re gonna to be the one who leads this effort.” pic.twitter.com/rKNlkyHWYA

During a Democrat debate in September, O’Rourke announced that “hell, yes, we’re going to take your AR-15, your AK-47.”

He would later threaten gun owners with forcible confiscation.

“If someone does not turn an AR-15 or an AK-47, one of these weapons of war, or brings it out in public and brandishes it, in an attempt to intimidate … then that weapon will be taken from them,” Beto threatened.

“If they persist, there will be other consequences from law enforcement.”

Biden himself made the wildly inaccurate claim that 150 million Americans have died due to gun violence since 2007 and used that to tell gun manufacturers that “I’m coming for you.”

#BidenLies: Joe Biden falsely claims 150 Million people (almost 1/2 the US population) have been killed by gun violence since 2007. #FactCheckBiden pic.twitter.com/7K6f0Y9k7T

At another town hall event, Biden called for banning semi-automatic firearms and “clips that have multiple bullets in them.”

Joe Biden says that he wants to ban “clips that have multiple bullets in them.”

This makes no sense.

All clips hold multiple rounds. That’s the definition of a clip.

Trump voters know the history here. If you’re a left-leaning proponent of the right to bear arms, however, you might want to rethink who you’re casting a vote for on Election Day.