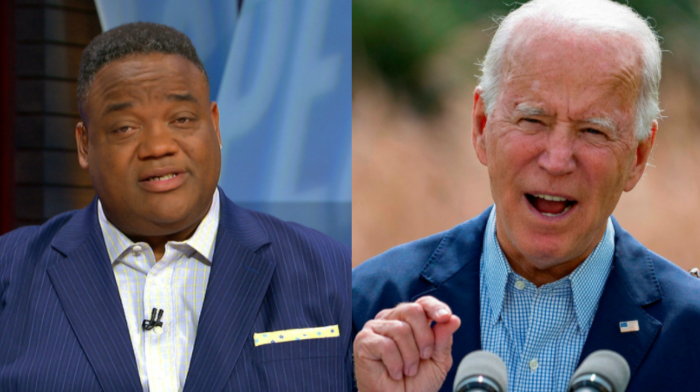 Whitlock made the comments during an emotional interview on Tuesday, when he said that liberals are now imposing “mental slavery” on black Americans, making them the “ideological descendants” of slave-owners.

“You must serve blackness,” he added. “Blackness is your religion. Blackness Trumps God, Jesus, and everything. Your skin color is the most important thing about you… We don’t just get to pursue education, freedom, and Jesus Christ anymore. That’s been taken away from us by the ideological descendants of slavery.”

Whitlock said the “mental slavery” that was imposed by liberals is even more destructive than physical slavery.

“When they take over your mind, they taking over your body, your spirit, your soul,” he said. “They disconnect you from God, and connect you to liberalism. It’s the capital ‘B,’ this special distinction, they’ve given us.”

Liberals Are The New KKK

Whitlock made similar comments in September when he appeared on Tucker Carlson to discuss a white Georgetown University professor who had made a career out of pretending to be black, noting that similar cases like Rachel Dolezal could only exist with a thriving “racial grievance” industry.

He slammed white liberals, calling them bigots and arguing that it’s now liberals who hide under the KKK hood.

“Bigots used to hide under hoods; now they hide under the label of being a liberal and a progressive – and that allows you to be as bigoted as you wanna be,” he argued.

In recent months, black conservatives have come under fire from leftists and prominent members of the Democrat Party, including Vice President Joe Biden. Speaking to a panel of the National Association of Black Journalists in August, Biden implied that the black community was a monolith.

Latinos have diversity of thought unlike black people who all think alike, says Joe Biden. pic.twitter.com/WRZKnUuTVU

Vernon Jones, a black former Democrat who came out in support of President Trump in this year’s election, was attacked and harassed by Black Lives Matter activists outside the Republican National Convention, with activists accusing Jones of being a “house [n-word].”

It’s no surprise, therefore, that President Trump won record support among the black community in November’s election, up around 2% from his previous performance. On top of that, when including Hispanic voters, he won the highest minority vote share for the Republicans in about 60 years.

“Populists cannot broaden their base, they rely on a diminishing share of old whites” etc etc etc