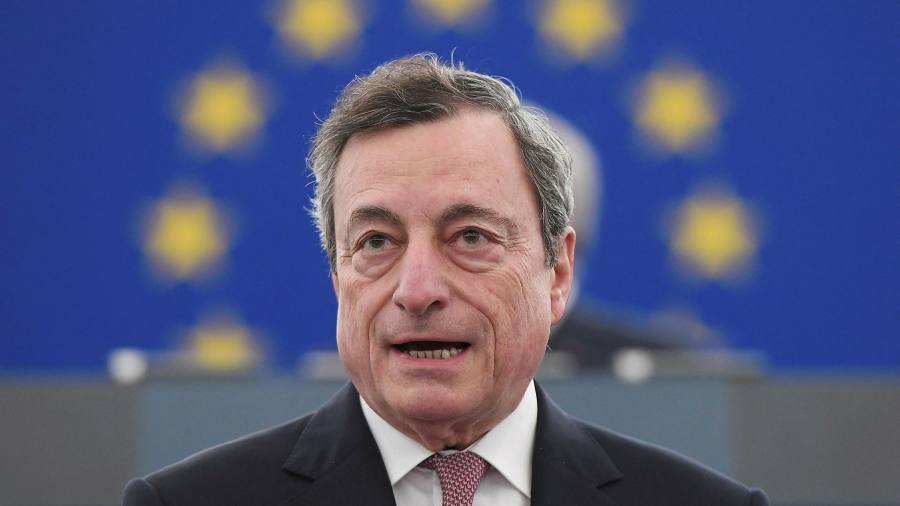 On Tuesday evening Sergio Mattarella pressed the closest thing Italy’s silver-haired president had to a political emergency button: he called for Mario Draghi.

Facing a health and economic crisis that, in the words of the 79-year-old, is “the most serious I can remember” Mr Mattarella will meet the former European Central Bank president in Rome on Wednesday, when the Italian head of state is expected to ask him to attempt to form a new government of national unity.

Mr Draghi, dubbed “Super Mario” for his celebrated tenure at the ECB, is credited with having saved the euro from disaster during the continent’s government debt crisis. The job of Italy’s prime minister, if he accepts it, will probably prove as stress-inducing as his previous position at the ECB.

The pandemic — with more than 88,000 Covid-19 deaths and the most severe economic contraction in Italy’s modern history — has fuelled a political crisis and caused the collapse of its coalition government last month.

Any new prime minister will be in charge of spending the estimated €200bn in loans and grants Italy is set to receive from the EU’s Covid-19 recovery fund — the largest absolute amount in the bloc. If these funds, hailed as a pivotal show of pan-EU solidarity, fail to avert Italy’s multi-decade economic decline then the consequences will be felt far beyond its own borders.

The country, Mr Mattarella said, could not afford the months of uncertainty from holding early elections during the pandemic, which are not due until 2023. Instead he urged lawmakers from all sides to back what he called “a government of high profile, which should not identify with any political formula”.

The immediate task would be for Mr Draghi — who has no history in electoral politics — to marshal the support of an Italian parliament suspicious of what it sees as an attempt by Mr Mattarella to impose technocratic rule.

Hours after the president’s office confirmed the meeting with Mr Draghi the acting leader of the populist Five Star Movement, a formerly anti-euro party that is the largest in the current parliament, announced that he would not back a purely technocratic government led by the former ECB president.

Giorgia Meloni, leader of the rightwing Brothers of Italy party that has its roots in Italy’s post-fascist politics, warned of a government “born in a laboratory”.

“The president considers it more appropriate to risk a government that for two years will have many difficulties in finding effective solutions for Italians,” she said. “We, on the other hand, think it is much better to give Italians the chance to vote”.

Matteo Salvini, the leader of the anti-migrant League, on Wednesday said he did not rule out supporting a Draghi government, although the rightwinger has called for elections that opinion polls show would result in his party becoming Italy’s largest. “A new phase is opening. We are not prejudiced against Draghi,” he said on television.

Mr Mattarella’s own term as president expires next year. The person who replaces him in a role whose responsibilities are to safeguard Italy’s constitution and political stability will, if new elections are not held, be decided by the current parliament. If the pivot towards Mr Draghi fails and no solution out of the current political quagmire can be found then a new vote would likely see Mr Salvini have a bigger say in deciding the country’s future direction.

If Mr Draghi is sworn in as Italy’s new prime minister, he will be thrust into the cauldron of Italian daily politics, a vastly different arena from the polished and market-focused world of central banking.

In replacing Mr Conte, Mr Draghi would also be succeeding a man who, in spite of lacking any political party of his own, had emerged as one of Italy’s most popular political figures during the pandemic. While the former ECB chief is a well respected figure, his mandate to form a national unity government would take the country again down the path of a technocratic government — an episode that led to unexpected consequences when it was attempted a decade ago.

Mario Monti, the former EU commissioner and economics professor, was drafted in by then president Giorgio Napolitano in 2011 to lead a cabinet of unelected officials following the resignation of Silvio Berlusconi.

Mr Monti embarked on a series of labour market and structural reforms. By the time he formed his own party for elections in 2013, voters spurned him. The Five Star Movement, an online protest group, burst on to the political scene, capturing a quarter of the total votes. In 2018 it went on to form Italy’s most Euro-sceptic government, alongside Mr Salvini’s League.

The difference this time is that, unlike his technocratic predecessor, Mr Draghi would not be expected to push through austerity measures — his main challenge being instead to find good use for €200bn of extra funds.