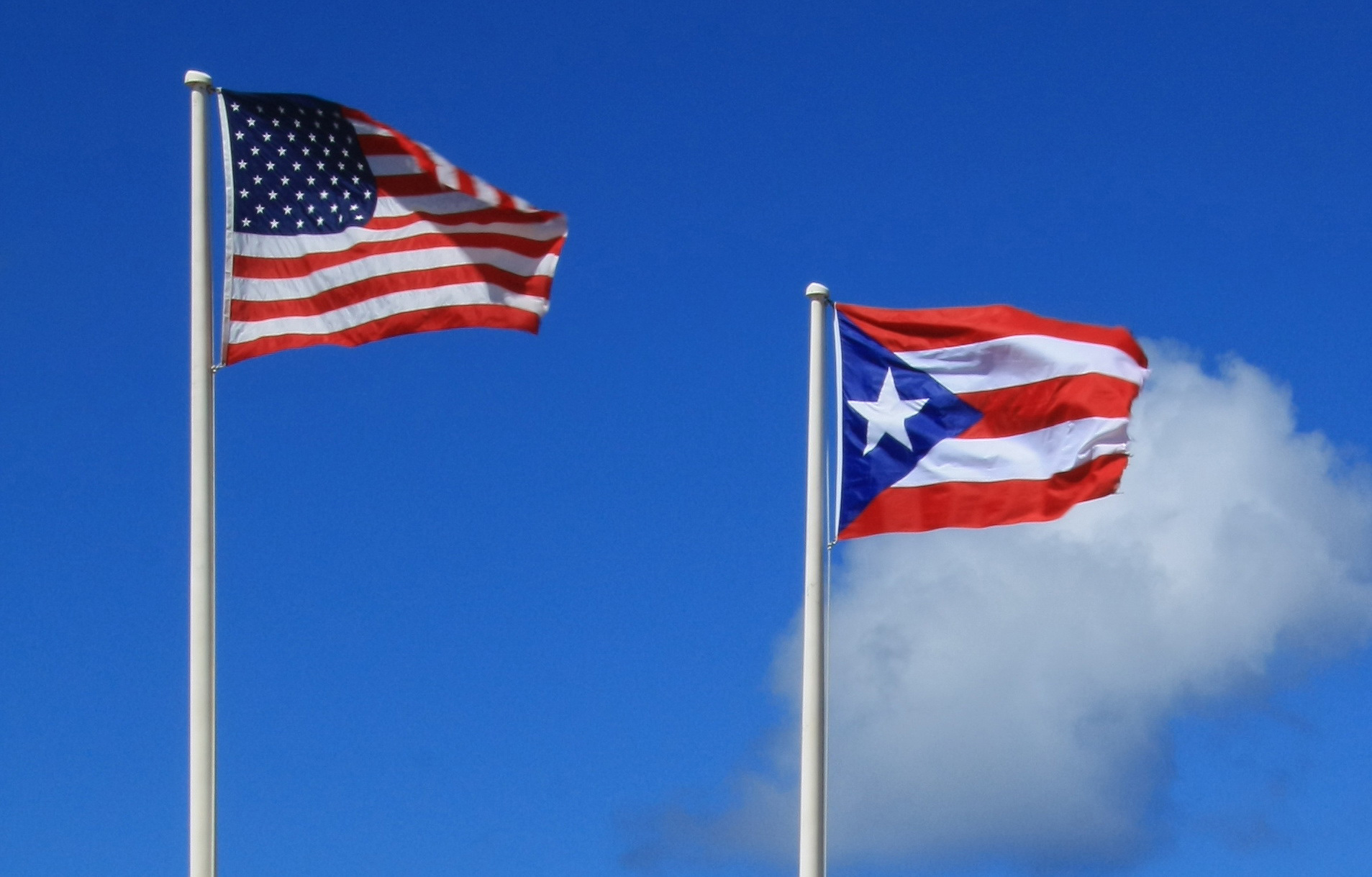 Jose Luis Vaello-Madero is an American citizen who was born in Puerto Rico. While living in New York in 2012, he became seriously ill and was unable to work, so he began receiving Supplemental Security Income, a federal welfare program for people who cannot support themselves. But when he moved back to Puerto Rico to be closer to his family, Vaello-Madero lost his SSI benefits because, by law, Puerto Rico residents are excluded from the program.

On Tuesday, the Supreme Court will hear argument on whether that exclusion violates the Constitution. The case, United States v. Vaello-Madero, shines a light on more than a century of national policies that have treated Puerto Rico and other U.S. territories far less favorably than the states. For most of that history, courts raised few constitutional concerns about the disparities. Vaello-Madero and his supporters want the justices to transform that legal landscape by striking down the SSI exclusion — and to do so by applying a heightened constitutional test.

Amid the legal wrangling, both sides agree that Vaello-Madero’s loss of benefits was unjust. But while Vaello-Madero seeks a judicial solution, the Biden administration says that Congress, not the court, should fix the problem by extending SSI benefits to all Americans, no matter where they live.

Congress established SSI in 1972. The program provides monthly cash assistance to low-income people who are blind, disabled, or at least 65 years old. To qualify, individuals must show that their income and assets fall below federally mandated thresholds. About 8 million people are enrolled in the program, receiving an average benefit of $585 per month. By law, the program is available in all 50 states, the District of Columbia, and the Northern Mariana Islands, but not in Puerto Rico or other U.S. territories.

In June 2012, Vaello-Madero qualified for SSI after a debilitating illness. He began receiving monthly payments that the government deposited directly into his bank account. In July 2013, he moved to Loiza, Puerto Rico, but he did not realize his new residence made him ineligible for the program. He continued to receive monthly benefits until 2016, when the government learned of his new address. At that point, the government cut off his benefits and sued him for $28,081, the amount the authorities claimed he owed after receiving improper payments for three years.

Vaello-Madero defended himself by arguing that the exclusion of Puerto Rico residents from SSI violates the Constitution’s equal-protection guarantee. Under the 14th Amendment, state governments cannot deny anyone “the equal protection of the laws,” and the Supreme Court has interpreted the Fifth Amendment’s due process clause to contain a similar equality principle that applies to actions by the federal government. In general, the principle prohibits the government from treating people unequally without a good reason.

Two lower courts ruled in favor of Vaello-Madero. In evaluating the exclusion of Puerto Rico from SSI, both courts applied the lowest level of constitutional scrutiny — a test known as rational-basis review. Under the rational-basis test, a government policy is deemed constitutional so long as the government can describe any plausible legitimate justification for the policy. The lower courts held that Congress’ differential treatment of Puerto Rico residents under the SSI program is so illogical that it cannot survive even that low bar.

The government appealed to the Supreme Court in September 2020, prompting then-candidate Joe Biden to criticize President Donald Trump for his administration’s defense of the policy. “He’s repeatedly insulted Puerto Ricans and this latest action is another example of his disrespect for the island,” Biden said on Twitter. “This ends when I’m elected president.”

When Biden took office, however, his administration continued to pursue the appeal. In June, on the same day the government filed its initial merits brief in the case, Biden released a statement saying that he disagrees with Puerto Rico’s statutory exclusion from SSI but cited the Justice Department’s “longstanding practice of defending the constitutionality of federal statutes, regardless of policy preferences.” He called on Congress to amend the law and extend SSI to Puerto Rico residents.

Arguments at the Supreme Court

In its brief, the government defends the current SSI regime as a policy choice that — even if not the most humane — is constitutionally permissible. The government relies on the highly deferential rational-basis test, and it emphasizes that several provisions of the Constitution, including the territories clause, give Congress wide latitude to treat territories differently than states. Many laws impose differential treatment on one or more territories, and those laws must withstand constitutional challenges, the government says, if any rational justification exists.

In the case of SSI, the government continues, Puerto Rico’s “unique tax status and resulting fiscal autonomy” provide a rational basis for Congress to exclude it from the program. Residents of Puerto Rico are mostly exempt from paying federal income tax and other federal taxes. Yet extending SSI benefits to Puerto Rico would cost the federal government an estimated $2 billion a year. “Congress could rationally conclude that a jurisdiction that makes a reduced contribution to the general federal treasury should receive a reduced share of the benefits funded by the general treasury,” the government argues.

Vaello-Madero responds that this rationale isn’t rational at all. Anyone with an income low enough to qualify for SSI would almost certainly pay no federal income taxes, regardless of whether they live in Puerto Rico or on the U.S. mainland, he notes.

More pointedly, Vaello-Madero argues that the SSI exclusion should be subject not to rational-basis review but instead to strict scrutiny, the most rigorous constitutional test. Under that test, a government action is unconstitutional unless it is narrowly designed to achieve a compelling government goal. The court generally applies strict scrutiny if a law is rooted in prejudice against a disfavored minority group.

Vaello-Madero says that is true here. The exclusion of Puerto Rico from SSI, he argues, is part of a long history of the national government denying basic rights and political power to the island’s people based on racial and ethnic stereotypes. The history dates to 1898, when the U.S. annexed Puerto Rico at the end of the Spanish-American War, and includes a series of Supreme Court decisions in the early 20th century, known as the Insular Cases, in which the court invoked racist tropes and held that Puerto Ricans were not entitled to some constitutional rights. Although Congress granted American citizenship to Puerto Ricans in 1917, they still have no voting representation in Congress, cannot vote for president, and receive unfavorable treatment in many national programs, including food stamps, Medicaid, and Medicare’s prescription-drug subsidies.

The exclusion of Puerto Rico inhabitants from SSI, Vaello-Madero concludes, “can be traced directly to a historical desire to single out the people of Puerto Rico for lesser treatment because of their mixed race and Hispanic ancestry.” This discrimination, he argues, requires the court to review (and strike down) the exclusion under strict scrutiny.

A pivotal issue in the case will be whether the justices agree with Vaello-Madero about invidious discrimination or whether they view the SSI exclusion merely as an example of differential treatment based on geography, which the court has suggested is more benign. After all, people of Puerto Rican heritage are not categorically barred from the SSI program — they are eligible along with any other American if they live in a state. And the Constitution’s equal-protection guarantee prohibits “unequal treatment of classes of persons, not unequal treatment of regions,” the government argues. Vaello-Madero responds that a purportedly geographic classification violates equal protection if it is a proxy for racial prejudice or targeted mistreatment of a politically powerless group.

The court also will have to decide how strongly to weigh two precedents from four decades ago that strengthen the government’s case. In Califano v. Torres and Harris v. Rosario, the court issued short, unsigned opinions (without oral argument or full briefing) rejecting constitutional challenges to Puerto Rico’s exclusion from federal safety-net programs. Califano specifically involved SSI benefits — though the challenge was based on the right to travel, not equal protection. The government says there is no reason to second-guess the rulings in Califano and Harris, both of which applied rational-basis review. Vaello-Madero argues that neither case controls the outcome here, and in any event, that both decisions should be overruled because they relied on the disgraced Insular Cases.

Finally, the justices undoubtedly will be thinking about how a ruling in Vaello-Madero’s favor might affect the numerous other federal laws that carve out differential treatment for Puerto Rico and other territories. The government argues that applying strict scrutiny in this case would disrupt numerous longstanding policies — including the handful of policies (such as exemptions from most federal income taxes) that benefit, rather than harm, Puerto Rico residents.

In an amicus brief, scholars who study public-benefit programs reassure the court that “the universe of affected programs is not as vast as it might seem.” At the same time, the scholars note, residents of the U.S. territories experience higher unemployment and lower standards of living than other American citizens — a reality, they argue, that calls for higher, not lower, levels of public benefits like SSI. “Millions of American citizens are excluded from vital benefits (or receive less than their fair share) merely because they live in U.S. territories,” the scholars write. “For each affected person, the consequences can be dire.”