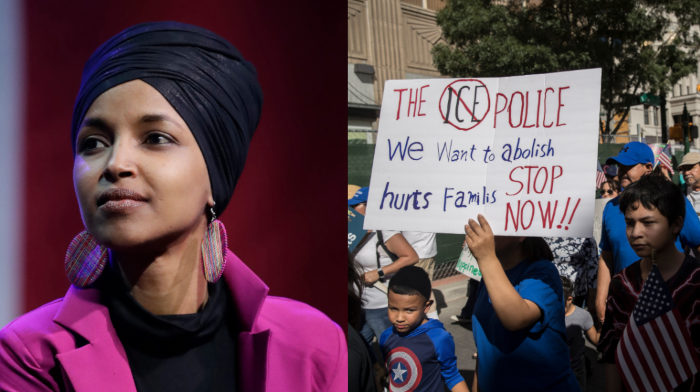 Democratic Representative Ilhan Omar, member of ‘The Squad,’ has called for the abolishment of the death penalty, the Electoral College, and Immigration and Customs Enforcement (ICE,) all in one go.

The far-left Representative from Minneapolis made the comments in a tweet on Thursday, resulting in many angry Americans in the replies.

Many of those angry replies are unfit to print, but readers can peruse them at their pleasure.

Omar is rather a big fan of abolishing things that serve the American people.

At the start of the month, Omar stood behind the decision to “defund the police” in Minneapolis, despite the massive, rampant crime wave that has taken shape since the death of George Floyd and the resulting riots.

“We can craft a justice system that prioritizes people’s basic needs like mental health + violence prevention, & allow the city to put public safety first,” she added, backing a further huge cut to the Police Department.

Don’t fall for the fear-driven narratives.

Omar even claimed in July that the “defund the police” movement should go even further than it already has, and practically destroy everything America stands for.

“We must begin the work of dismantling the whole system of oppression wherever we find it,” Omar said, referring to the American political system and economy, which she said perpetuated inequality.

Ilhan Omar calls for “dismantling” of the U.S. “economy and political systems.” In case it wasn’t clear. pic.twitter.com/B8DJdQvSxB

Omar Not The Only Radical In Congress

It’s not just Omar of course that is pushing this hard-left agenda.

Pressley described the student debt crisis as “a racial and economic justice issue,” which America must “finally being to address as such.”

The language used by the left is not a coincidence.

In November, Congresswoman-elect Victoria Spartz said that the American left, including Omar, is “building socialism” just like she saw growing up in the Soviet Union.

Spartz, who spent 42 years of her life under the crushing reality of the Soviet Union and the socialist system, warned moderates who claimed that Biden and the Democrats would never implement socialism to be “good students of history.”