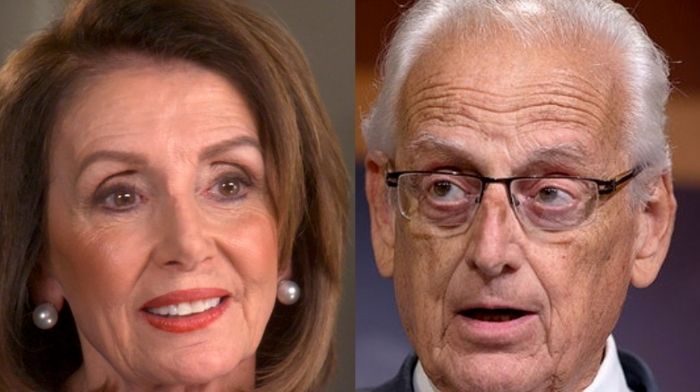 On Friday, the Supreme Court rejected Texas’ attempt to swing the election in President Donald Trump’s favor, saying the lawsuit had a “lack of standing under Article III of the Constitution.”

“The courageous Reconstruction Congress implanted into our governing document safeguards to cleanse from our government ranks any traitors and others who would seek to destroy the Union,” Pascrell wrote, citing the 14th Amendment of the U.S. Constitution.

“Stated simply, men and women who would act to tear the United States government apart cannot serve as Members of the Congress,” he added.

“These lawsuits seeking to obliterate public confidence in our democratic system by invalidating the clear results of the 2020 presidential election attack the text and spirit of the Constitution, which each Member swears to support and defend, as well as violate the Rules of our House of Representatives, which explicitly forbid Members from committing unbecoming acts that reflect poorly on our chamber,” the Democrat said.

“Consequently, I call on you to exercise the power of your offices to evaluate steps you can take to address these constitutional violations this Congress and, if possible, refuse to seat in the 117th Congress any Members-elect seeking to make Donald Trump an unelected dictator,” he wrote.

Pascrell even went so far as to compare this moment in American history to Civil War-era division.

“Rising from the embers of the Civil War, the Fourteenth Amendment was written to prevent the destruction of the United States from without and within. The moment we face now may be without parallel since 1860. The fate of our democracy depends on us meeting that moment,” he said.

Pascrell has been working overtime to defend Joe Biden’s alleged win in the wake of the presidential election. Last month, he claimed that Trump and his “enablers” should be “tried for their crimes against our nation and Constitution.”

“Donald Trump and members of his administration have committed innumerable crimes against the United States,” the Democrat said, nonsensically alleging that the Trump administration has “engaged in treachery, in treason.”

“Therefore, in 2021 the entire Trump administration must be fully investigated by the Department of Justice and any other relevant offices,” Pascrell added.

This piece was written by James Samson on December 12, 2020. It originally appeared in LifeZette and is used by permission.