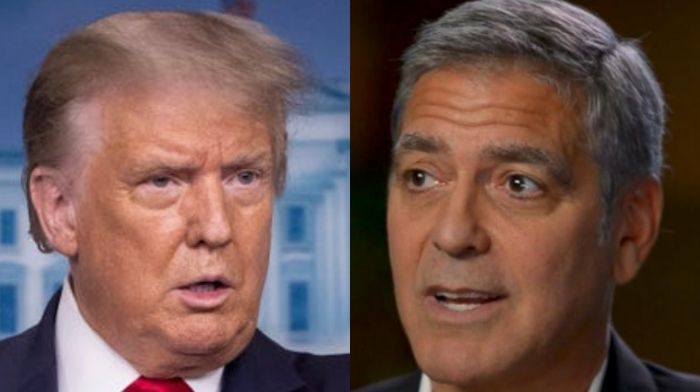 The radically liberal Hollywood star George Clooney attacked president Donald Trump once again this week, this time referring to him as a “charismatic carnival barker.”

In an interview with the New York Times, Clooney said that he believes that any effort Joe Biden makes to reach across the aisle and work with Republicans will fall apart. He added that many Republicans in the Senate will never work with Biden because they want to be president themselves.

“Every single one of these guys have aspirations for bigger things — Marco Rubio, Ted Cruz, Mike Pence, all of them,” Clooney said. “They think people will travel with them because, ‘I’ve stuck with you, Don,’ but the truth is, they won’t. They stay with Donald because Donald, for all of his immense problems as a human being, is a charismatic carnival barker.”

The interview devolved from there into an all-out assault on Trump, with Clooney blaming him for refusing to support a coronavirus mask mandate.

“The idea that we politicize things like this is crazy,” Clooney said, ignoring the fact that the left also shamelessly politicized COVID-19. “Had Trump come out at the very beginning and said, ‘We’re all going to wear masks because it’s the right thing to do and it’s going to save a lot of lives,’ the whole country would have gotten behind him, and he would have been re-elected. But he thought it would affect his economy, so he chose to say it didn’t exist. And now we’re going to have 350,000 people dead.”

Thankfully, Clooney went on to deny that he has any interest in running for political office himself.

“That’d be fun, wouldn’t it? Gee, what a great way to spend the last third of my life, trying to make deals with people that have no intention of making deals,” he said.

This comes weeks after Clooney said that he sees hope on the horizon once Donald Trump is “out of office.”

“Well, now we see there is. There’s more than hope,” Clooney told The Hollywood Reporter. “There is a bright light at the end of this tunnel. We will soon say goodbye to the dark ages. Goodbye to fear. Goodbye to doubt. Goodbye to the anxiety.”

“Once this is over and Trump’s out of office, we should probably do something about COVID, too,” he added. “That would be important. Here’s to 2021. We’ll see you in person then.”

Full Story: George Clooney Sees Hope On The Horizon Once ‘Trump’s Out Of Office’

This piece was written by James Samson on December 27, 2020. It originally appeared in LifeZette and is used by permission.

Read more at LifeZette:
Trump Issues Many New Pardons
Detroit Sues Black Lives Matter
Trump Livid That Melania Hasn’t Been On Any Magazine Covers While Michelle Obama Was On 12