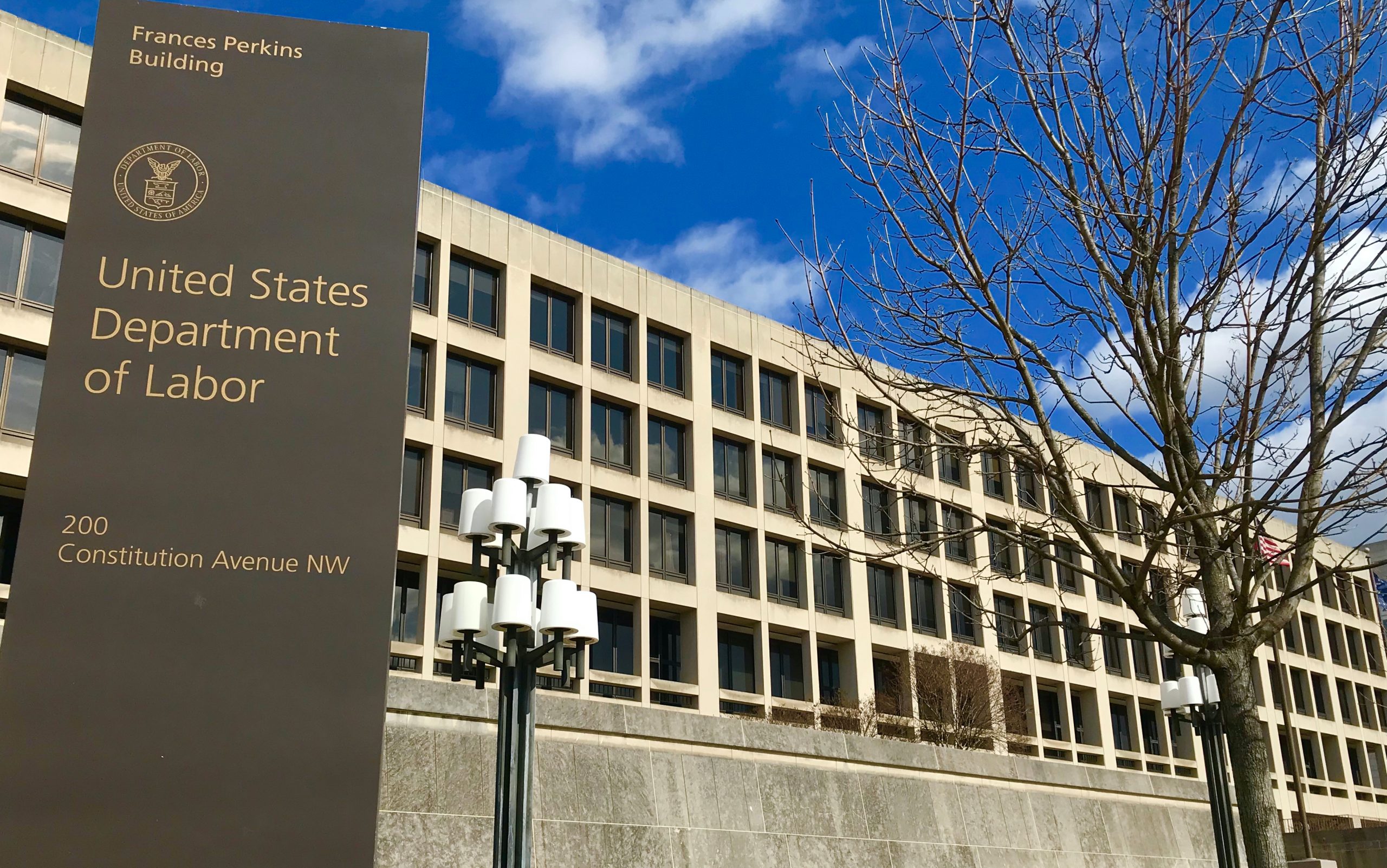 The justices blocked a vaccine-or-test policy for large workplaces issued by an agency within the U.S. Department of Labor. (Greenburd via Shutterstock)

With COVID-19 cases and hospitalizations reaching a new record high as a result of the Omicron variant, the Supreme Court on Thursday put the Biden administration’s vaccine-or-test mandate for large employers on hold, while litigation over its legality continues in the lower courts. Over a dissent from the court’s three liberal justices, the court ruled that the Occupational Safety and Health Administration exceeded its power in issuing the mandate. Congress may have given OSHA the power to regulate workplace dangers, the court explained, but it “has not given that agency the power to regulate public health more broadly.” At the same time, the justices – by a vote of 5-4 – granted the administration’s request to be allowed to temporarily enforce a vaccine mandate for health care workers at facilities that receive federal funding.

The orders that the justices issued on Thursday afternoon were the latest chapter in the fast-moving vaccine disputes. After the cases came to the Supreme Court in December on an emergency basis, the justices opted to expedite the cases for oral argument on whether the mandates can remain in place while the challenges proceed in the lower courts. The court heard nearly four hours of arguments on the policies on Jan. 7 and issued a pair of unsigned opinions just six days later.

OSHA issued the vaccine-or-test mandate at the center of National Federation of Independent Business v. Department of Labor in November. It required all employers with 100 or more employees – roughly two-thirds of the private sector – to compel those employees to either be fully vaccinated against COVID-19 or to be tested weekly and wear masks at work. The government expected the mandate to cover 84 million workers.

Businesses, states, and nonprofits went to court to challenge the mandate, and on Thursday the Supreme Court granted their request to put it on hold. Describing the mandate as a “significant encroachment into the lives — and health — of a vast number of employees,” the court emphasized that Congress must speak clearly if it intends to give a federal agency the authority to “exercise powers of vast economic and political significance.”

In this case, the court continued, Congress did not. It gave the Department of Labor the power to establish safety standards for the workplace, rather than “broad public health measures.” Although COVID-19 “is a risk that occurs in many workplaces,” the court acknowledged, it isn’t a risk that workers encounter simply by virtue of being at work – COVID-19 spreads virtually anywhere that people gather. “Permitting OSHA to regulate the hazards of daily life — simply because most Americans have jobs and face those same risks while on the clock — would significantly expand OSHA’s regulatory authority without clear congressional authorization,” the court concluded. And indeed, the court noted, the fact that OSHA has never adopted a similar regulation is a “telling indication” that the vaccine-or-test mandate exceeds the agency’s power.

The court then turned briefly to each side’s description of the effects of the policy. The challengers, the court observed, contended that the mandate would cost the states and employers billions of dollars and would prompt hundreds of thousands of employees to quit. The Biden administration, on the other hand, argued that the mandate would “save over 6,500 lives and prevent hundreds of thousands of hospitalizations.” But in the end, the court posited, other government actors – who are politically accountable – must “weigh such tradeoffs,” rather than the justices.

Justices Stephen Breyer, Sonia Sotomayor, and Elena Kagan penned a rare joint dissent in which they complained that employees, “more than any others,” have “little control, and therefore little capacity to mitigate risk” from the spread of COVID-19. The majority’s ruling, they contended, “stymies the Federal Government’s ability to counter the unparalleled threat that COVID-19 poses to our Nation’s workers.”

The dissenters tackled the same question that was at the heart of a concurring opinion filed by Justice Neil Gorsuch (and joined by Justices Clarence Thomas and Samuel Alito): Who should decide how to respond to the pandemic? For Gorsuch, the “answer is clear”: the states and Congress. The dissenters reached a very different conclusion: OSHA, with its expertise in workplace safety and its status as a politically accountable government agency, is better suited to make decisions about how to protect workers from COVID-19 than “a court, lacking any knowledge of how to safeguard workplaces, and insulated from responsibility for any damage it causes.”

The vaccine-or-test mandate will remain on hold while the challenges to its legality continue in the U.S. Court of Appeals for the 6th Circuit.

In Biden v. Missouri, the justices agreed to allow the Biden administration to enforce nationwide a rule that requires nearly all health care workers at facilities that participate in the Medicare and Medicaid programs to be fully vaccinated against COVID-19 unless they qualify for a medical or religious exemption. The Department of Health and Human Services issued the rule, which applies to more than 10 million workers, in November, but two federal district courts – in Missouri and Louisiana – put the rule on hold in roughly half the states.

In an unsigned opinion, the court emphasized that a key responsibility of the Department of Health and Human Services is “to ensure that the healthcare providers who care for Medicare and Medicaid patients protect their patients’ health and safety.” To do so, HHS has long required those providers to comply with a variety of conditions if they want to receive Medicare and Medicaid funding. Because COVID-19 “is a highly contagious, dangerous, and — especially for Medicare and Medicaid patients — deadly disease,” HHS determined that a vaccine mandate was necessary to protect patients because it would decrease the chances that health care workers would both contract the virus and pass it on to their patients. Such a mandate, the court wrote, “fits neatly within” the power given to HHS by Congress.

Justice Clarence Thomas filed a dissenting opinion that was joined by Alito, Gorsuch, and Justice Amy Coney Barrett. Thomas complained that the Biden administration “proposes to find virtually unlimited vaccination power, over millions of healthcare workers, in” what he described as a “hodgepodge” of statutes – “in definitional provisions, a saving clause, and a provision regarding long-term care facilities’ sanitation procedures.” The Biden administration had not adequately explained, as far as Thomas was concerned, why Congress would have given HHS such power in relatively minor provisions. And indeed, Thomas noted, if Congress had wanted to give HHS the power to impose a vaccine mandate, “it would have done what it has done elsewhere — specifically authorize one.”