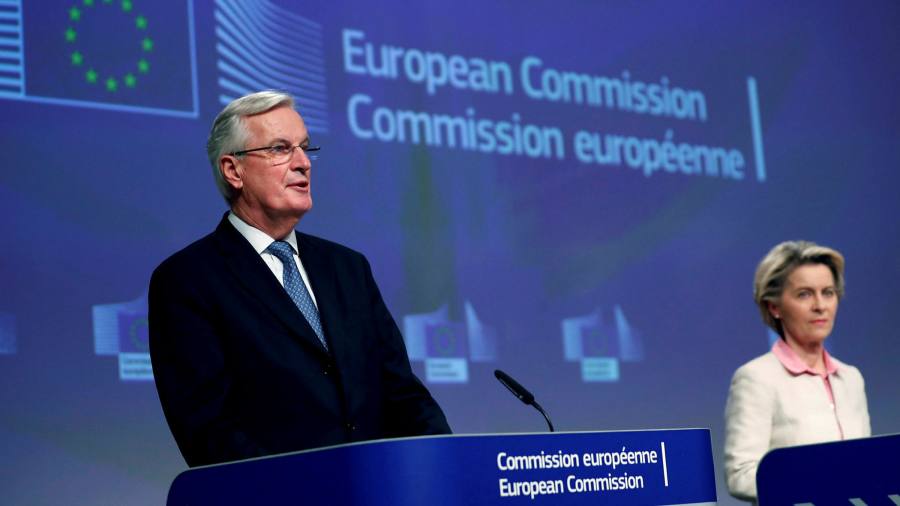 The EU dealmaking machine has churned out another deal. Even in a year of momentous negotiations — on the pandemic recovery fund and rule of law safeguards — it is a remarkable achievement.

Four and a half years after the UK voted to leave the EU, London and Brussels have struck a free trade agreement that will frame their relationship for decades to come. It will maintain zero-tariff, zero-quota trade in goods in which the EU has a large surplus. It will help ease the inevitable frictions that come with the end of the transition period and provide the foundations for further talks on closer co-operation.

For the EU, this arduous task was always about limiting the damage from a UK withdrawal that has few upsides. From that perspective, it has been a resounding success both in terms of process and strategy. For a bloc that is so often hamstrung by divergent interests among its member states — and for British politicians who had banked on divide-and-conquer tactics — it has provided a lesson in the power of unity.

The UK’s insistence on a narrow free trade deal meant talks were delegated to the European Commission. EU capitals were happy to go along as they became increasingly exasperated at British indecision, its false ultimatums and then a breach of trust when the UK government threatened to rip up parts of the withdrawal agreement. European governments had other priorities. Michel Barnier, the EU’s skilful chief negotiator, kept them and the European parliament well informed and retained their confidence.

To be sure, the EU made substantial concessions during the course of 2020. It gave up on its demands that the European Court of Justice adjudicate disputes and that UK state aid, environmental and labour rules matched EU ones. It will also be busy with negotiations and quarrels with London for years to come — even if this agreement should provide for a more stable relationship than the multiple, transitory accords it has with Switzerland.

But the EU has achieved its main objectives. It has maintained internal unity to a remarkable degree, even with Eurosceptic governments more sympathetic to the Brexit cause. It stood up for a smaller member state, Ireland, which has most to lose from the UK’s departure. But every member state could see itself losing out were the UK able to undercut EU state aid, environment or labour rules. The integrity of the single market has been preserved. The UK has agreed to binding constraints and adjudication.

Brexit Britain will not have its cake and eat it. The principle that single market access comes with obligations was essential to preserving the deterrent effect of Brexit. Political turmoil in the UK has made support for EU exit a political liability for Eurosceptics on the continent. Few openly advocate it. The power asymmetry in the process has been undeniable. The chaos at British ports this week following French border closures has underlined UK dependence on the goodwill of others.

Brigid Laffan, professor at the European University Institute in Florence, sees the EU’s success as evidence that the bloc has entered a more assertive phase of governance, marshalling its power and resources to protect its interests. The Christmas Eve deal caps a year in which the EU has got its act together in tackling a new economic crisis.

Video: Brexit deal explained: what the UK and EU agreed

Brexit might have galvanised the EU but it is probably an exception rather than the new rule. There are plenty of examples of European weakness stemming from its own divisions. When another third country, Turkey, disputed the sovereign waters of an EU member state — a challenge to EU integrity — the EU did little to push back because the interests of its members were not aligned. The continued efforts of nationalist governments in Poland and Hungary to dismantle democratic standards and the rule of law are an existential threat to a union that is built on fundamental values and a common legal order.

The effects of Brexit on internal EU policymaking will play out for years to come. It has already shifted the balance away from liberal-minded Atlanticist states. It has forced other countries, including the Netherlands, out from British coat-tails to defend their own interests. It has handed more influence to France and Germany.

Ultimately, says Catherine de Vries, professor at Bocconi university in Milan, much will depend on how Britain fares on the outside. “If the UK looks like it is going to do well in 10 years, that is going to create an interesting dynamic.”

Before that, though, the UK and the EU will both have to adjust to the end of frictionless trade. Even with this deal, nobody is a winner.