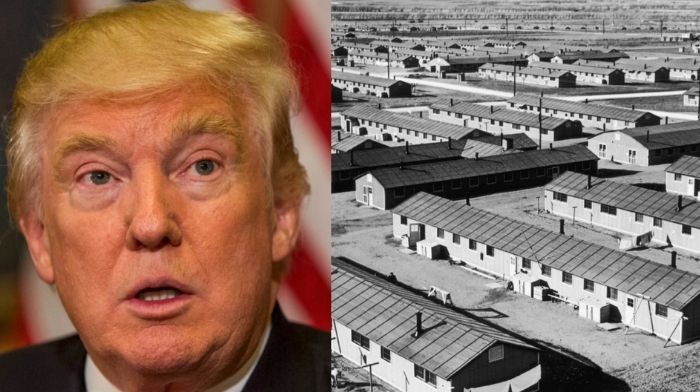 David Atkins, an official who was just elected as a California member of the Democratic National Committee, took to social media this week to say that Democrats need to “start thinking in terms of post-WWII Germany or Japan” in order to “deprogram 75 million people.”

Atkins’ remarks were tweeted out by conservative activist Jack Posobiec, who captioned them by writing, “A Democrat Party official in California is calling for national re-education camps for families who voted for Trump. This is not OK.”

RELATED: Joy Behar Shames Trump Voters – Says They Need To ‘Look In The Mirror And See What They Did’

A Democrat Party official in California is calling for national re-education camps for families who voted for Trump.

This is not ok. pic.twitter.com/oHIgApHuuZ

‘How Do You Deprogram 75 Million People?’

“How do you deprogram 75 million people who would literally die to stick it to the domestic enemies the teevee and youtube conspiracy vids told them to hate?” Atkins began in his Twitter thread.

“No seriously…how *do* you deprogram 75 million people? Where do you start? Fox? Facebook? We have to start thinking in terms of post-WWII Germany or Japan. Or the failures of Reconstruction in the South,” he added.

“This is not your standard partisan policy disagreement,” Atkins continued. “This is a conspiracy theory fueled belligerent death cult against reality & basic decency. The only actual policy debates of note are happening within the dem coalition between left and center left.”

Not stopping there, Atkins fired back when he started getting called out for his hateful tweets by attacking conservatives.

“I know conservatives are upset by some of the responses here,” the Democrat said. “And yeah, many are out of line. But what do you expect people to do in self-preservation? The Right has been running 4 years on ‘f*** your feelings, my conspiracy theories are valid opinions, and we have more guns.”

“You can’t run on a civil war footing hopped up on conspiracy theories hating everyone who lives in cities, mainlining Fox/Breitbart/QAnon, threatening to kidnap governors and shoot protesters, without people trying to figure out how to reverse the brainwashing,” Atkins added.

“[I] mean, for chrissakes, conservatives are literally giving themselves COVID just to own the libs. They’re dying in COVID wards insisting they don’t have COVID because it must be a liberal plot. People are gonna try to figure out how to defend themselves,” he continued.

This just goes to show that Democrats are not the party of “love” and tolerant” that they claim to be, as they will never be satisfied until conservative voices are silenced forever.

This piece was written by James Samson on November 21, 2020. It originally appeared in LifeZette and is used by permission.