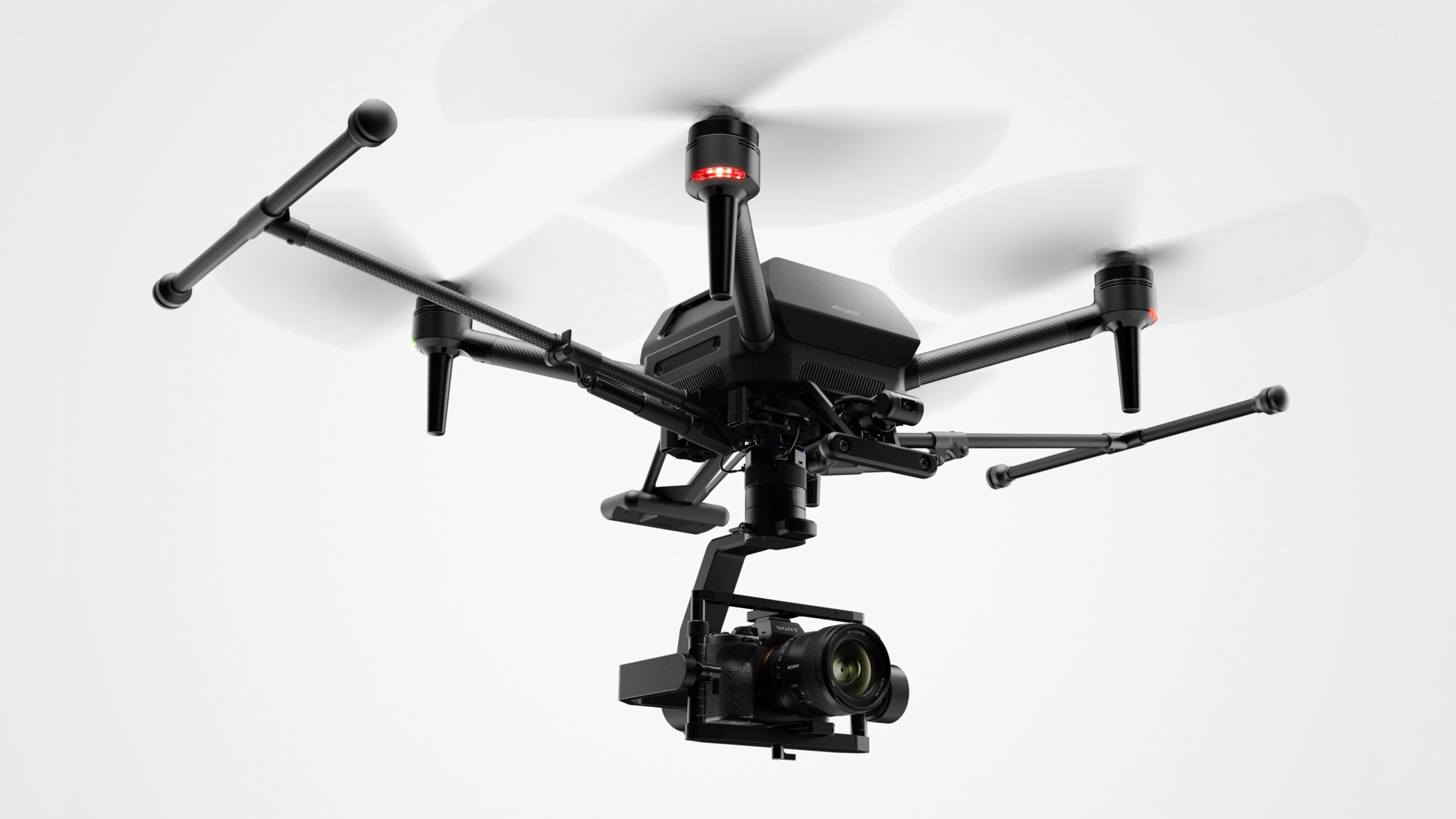 [embedded content]
Sony has a new drone. It’s called Airpeak. And you want it.

The highlight of Sony’s CES 2021 Media Day press conference was the unveiling of Airpeak. This drone is a part of its project in the area of AI robotics.

Sony launched the Airpeak brand with the goal to further develop today’s drone technology while achieving the utmost in value creation. As the first phase of this project, Sony will launch a new business targeted for professional photography and video production in the spring of 2021. In order to fully support the creativity of video creators, the payload of the drone can be equipped with an Alpha™ mirrorless camera to capture high quality, full frame aerial photography and video. Airpeak, the industry’s smallest class of drone that can be equipped with the Alpha system, is capable of dynamic filming and precise, stable flight, and aims to contribute to the world of entertainment while also pursuing new possibilities for creative expression.

Sony will continue to post project-related information going forward, and remains engaged in co-creation activities leading up to the launch of Airpeak in order to gain feedback from professional drone users.

Information regarding this project will be regularly updated at the following site.

[embedded content]
Sony unveiled a number of other new devices and technologies during it’s press conference.

Sets and locations for film/TV production are captured as 3D volumetric point cloud data, then processed and rendered by Sony Innovation Studios’ “Atom View” software, and displayed as a background image on a Crystal LED display for real time virtual production.

Epic Records singer songwriter Madison Beer is collaborating with Sony Music Entertainment (SMEI) and Verizon to create an immersive reality music showcase that reimagines the concert performance experience for viewing across digital platforms. Using the latest innovations in real-time 3D creation technology, she has been transformed into a highly realistic avatar and will perform a medley of her latest songs in a virtual recreation of Sony Hall.

Sony and Virtual Sonics Inc., a music software development company, have developed the 360 Reality Audio Creative Suite, a tool for creating 360 Reality Audio-compatible music that realizes a spatial sound field.
It enables creators and artists to easily express their music in a 360 spherical field using their existing production platforms.
For details, please refer to the press release at the press release.

First unveiling of “Airpeak” aircraft design. Equipped with Sony’s Alpha™ full-frame mirrorless camera, Airpeak enables dynamic filming together with precise, stable flight that inspires creativity in video production creators, and explores new possibilities for expression. Through this initiative, Sony aims to contribute to the evolution of drones and generate value within this growth market at the highest level.

Xperia 5 II 5G-enabled smartphone in the flagship range, captures reality and expands the scope of creators’ expression through the Photography Pro full-scale camera feature and Cinematography Pro “powered by CineAlta,” which allows you to enjoy similar parameters and color settings to enhance your cinematographic shooting experiences. A color setting which was inspired by Master Monitor color reproduction from Sony’s professional technology delivers unprecedented color accuracy to the display as it was envisioned by the creators. 5G allows data transmission and reception to be carried out in real time.

A display that reproduces spatial images in three-dimensions as if they were real, allowing creators to fully express their vision when sharing product designs or showing variations in color or shape, and deliver their intent to the viewer. With its extraordinary realism and level of detail, it expands the scope of video expression, for instance in displays and three-dimensional signage in stores, while allowing the viewer to see the depth, texture, and appearance of the object with a real sense of presence.

The new Crystal LED series are equipped with the high-performance image quality processor “X1™ for Crystal LED,” which incorporates the LED control technology developed for Sony’s pioneering Crystal LED and the signal processing technology praised in Sony’s BRAVIA TV series. Highly realistic images can be expressed in a range of layouts and size for various applications such as corporate showrooms, lobbies, and virtual productions, delivering overwhelming immersive images that stimulate the creativity of creators.

Hawk-Eye, a Sony company that provides sports officiating solutions and play analytics services, and Hawk-Eye’s digital division Pulselive, which delivers digital solutions that enhance the experience for sports fans, are committed to innovation across the sports industry – from officiating to fan engagement – by utilizing video and data. Going forward, Sony aims to provide new forms of entertainment that visualizes play content and sports data.