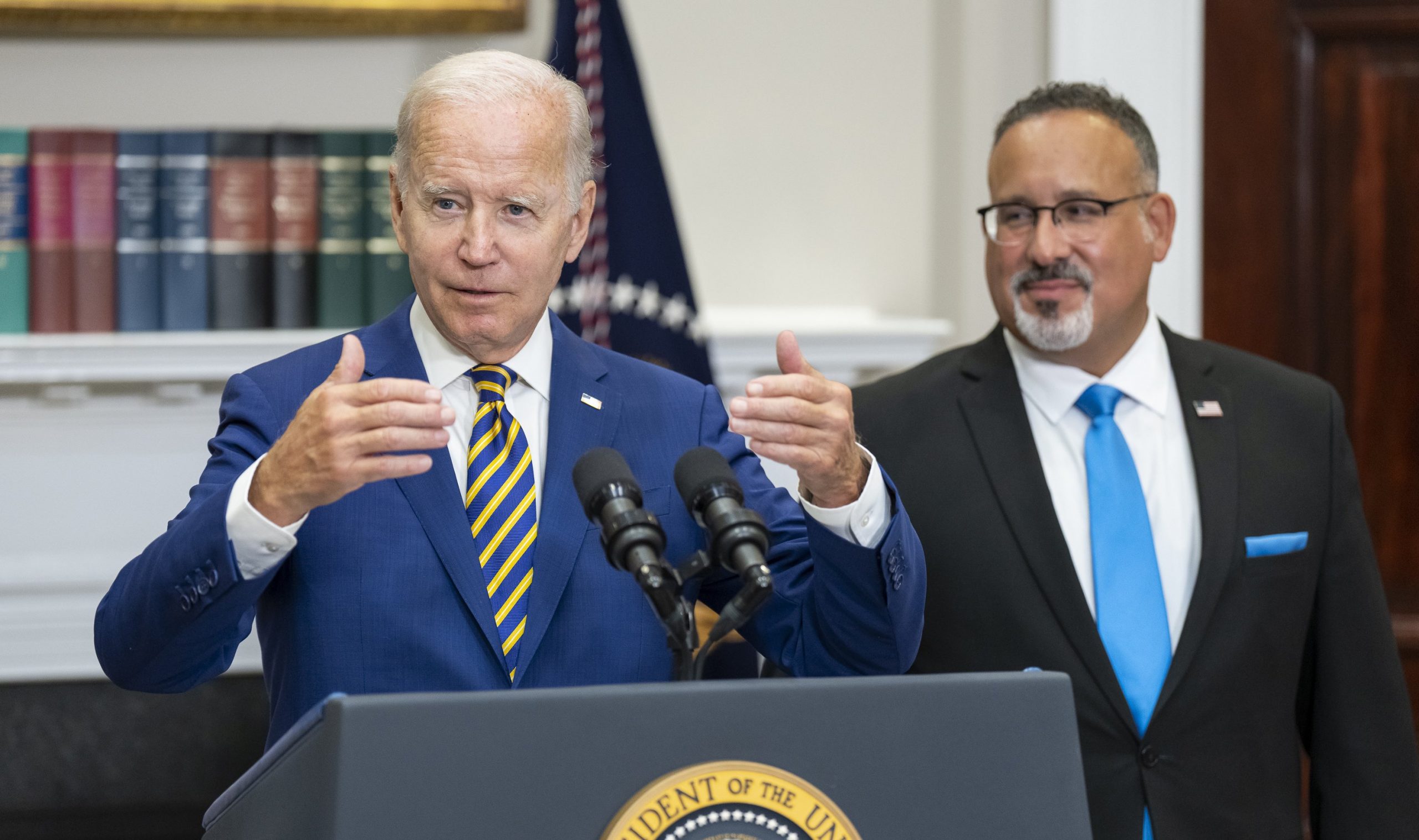 Telling the justices that a lower-court ruling blocking the Biden administration’s student-debt relief program “leaves millions of economically vulnerable borrowers in limbo,” the administration came to the Supreme Court on Friday, asking the justices to allow the $400 billion program to go forward while challenges to it continue in the lower courts.

The 40-page filing by U.S. Solicitor General Elizabeth Prelogar was the third time in less than a month that the justices have been asked to intervene in disputes over the program, which seeks to cancel as much as $20,000 in federal student loans for borrowers who qualify. Acting alone, Justice Amy Coney Barrett turned down two requests from opponents of the program to block it, without even seeking a response from the federal government. By contrast, the court on Friday instructed the challengers to respond to the Biden administration’s request by noon on Wednesday, Nov. 23.

President Joe Biden announced the program on Aug. 24, 2022. He relied on the Higher Education Relief Opportunities for Students Act of 2003, a law passed in the wake of the Sept. 11 attacks that allows the federal government to make changes to student-loan programs to respond to national emergencies.

Six states, led by Nebraska, went to federal court in Missouri to challenge the program. U.S. District Judge Henry Autrey, a George W. Bush appointee, threw out the case. He concluded that the states do not have a legal right to sue, known as standing. But a three-judge panel, made up of one George W. Bush appointee and two Trump appointees, of the U.S. Court of Appeals for the 8th Circuit on Monday put the program on hold, prompting the Biden administration to come to the Supreme Court.

Prelogar argued that the states lack standing to challenge the program, and she contended that Secretary of Education Miguel Cardona clearly has the power to implement the program. “Indeed,” she noted, “the entire purpose of the HEROES Act is to authorize the Secretary to grant student-loan-related relief to at-risk borrowers because of a national emergency – precisely what the Secretary did here.”

At the very least, Prelogar continued, the 8th Circuit should not have issued an order that blocked implementation of the program throughout the country. At most, she wrote, the 8th Circuit should have prohibited implementation of the program to debt relief for loans serviced by a Missouri-based non-profit created by the Missouri legislature – an entity that, the 8th Circuit ruled, gave Missouri standing to sue in this case. Both Justices Clarence Thomas and Neil Gorsuch have criticized the use of such orders, known as nationwide injunctions.

If the justices decline to freeze the 8th Circuit’s order and permit the Biden administration to implement the program, Prelogar concluded, the court should instead take up the case to weigh in on the merits of the dispute and fast-track the case for oral argument early next year.

The Biden administration’s request goes first to Justice Brett Kavanaugh, who fields emergency appeals from the 8th Circuit. Kavanaugh could act on the request himself or instead refer it to the full court.