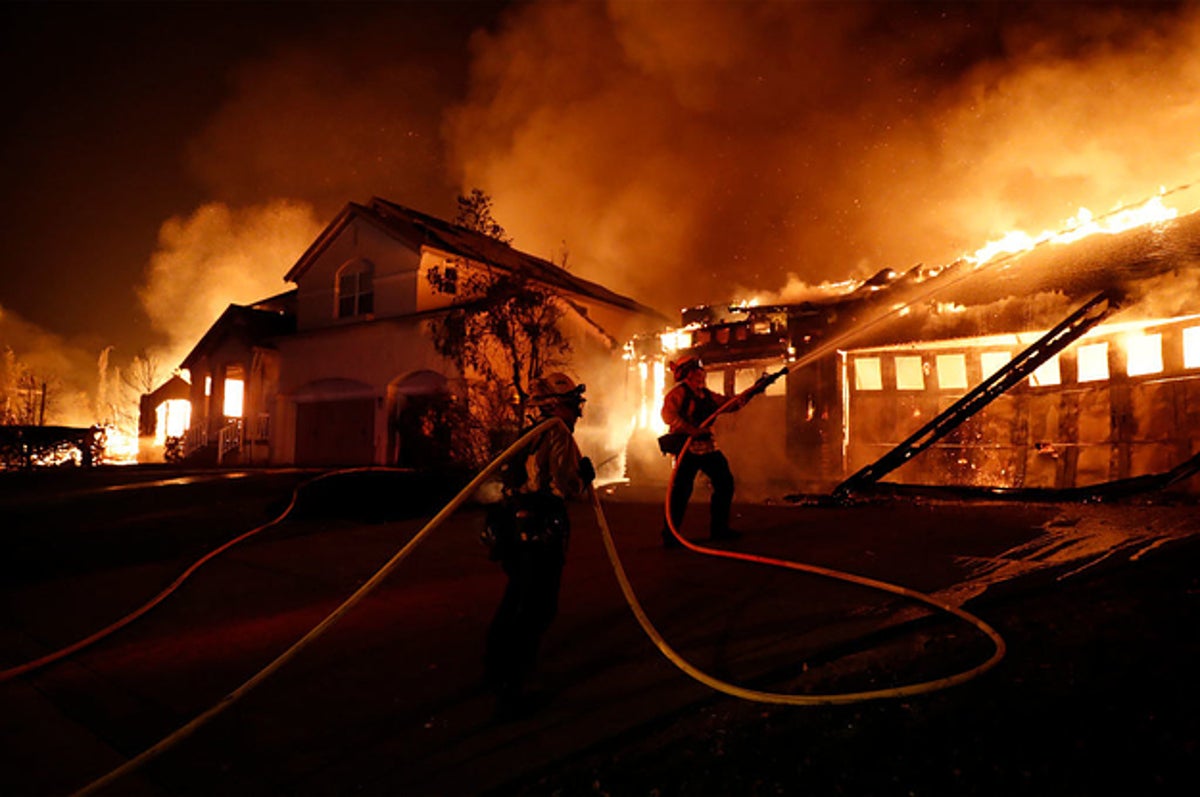 A record 22 major natural disasters struck the US in 2020, each one causing at least $1 billion in damages, according to a new National Oceanic and Atmospheric Administration analysis published on Friday.

The total cost of these major hurricanes, wildfires, and severe storms was $95 billion in damages, making 2020 the nation’s fourth-most-expensive year for disasters.

“We sort of sound like a broken record saying every year is a historic year, but it’s true,” Adam Smith, an applied climatologist at NOAA’s National Centers for Environmental Information who worked on the analysis, told BuzzFeed News. “We’re running out of adjectives trying to describe these extreme events.”

The rising costs are in part due to people continuing to move to and build in places that put their homes and businesses at risk of damage from fires, storms, and flooding. But human-made climate change is also to blame, driving an increasing number of extreme disasters. Wildfire seasons are getting longer. Hurricanes are getting wetter. And more heavy rainfall across the US is triggering more inland flooding.

And in the latest sign of the worsening climate crisis, new data from the European Union’s Copernicus Climate Change Service shows 2020 tied 2016 as the hottest year on record worldwide. US scientists will release their own analysis of last year’s temperatures next week.

“As we move forward in time, the fingerprints of climate change are becoming more obvious for some of these extreme events,” Smith said.

The most expensive disaster of 2020 was Hurricane Laura, which struck the Louisiana coast as a Category 4 storm and generated $19 billion in damages, one of seven tropical cyclones that cost the US upward of $1 billion. Laura also claimed 42 lives, making it the nation’s deadliest storm of the year.

Even though 2020 was the busiest hurricane season ever recorded in the Atlantic Ocean, the US was spared what could have been even greater storm-related damages because no major storm hit a big city, Smith said.

Hurricanes have historically been some of the most expensive disasters in the US. 2017 previously shared the record for the highest number of costly disasters — 16 of them — in part due to its active hurricane season, and it still claims the record for the costliest year, racking up $306 in damages largely due to Hurricanes Harvey, Irma, and Maria.

Last year was also a catastrophic year for wildfires. Fires across the Western states of California, Colorado, Oregon, and Washington resulted in a combined $16.5 billion in damages, burning more than 10.2 million acres and causing 46 deaths, according to NOAA. The wildfires also released vast amounts of air pollution, associated with health risks like asthma and heart attacks, that trigger public health costs not accounted for in NOAA’s analysis.

Another expensive disaster from 2020 was the derecho windstorm that traveled from southeast South Dakota to Ohio, destroying homes and buildings, cutting power for more than 1 million people, and causing $11 billion in total damages.